Rescued Migrants, Stranded at Sea, See a New Life Just Out of Reach

ABOARD SEA-WATCH 3, Off Malta — Four years ago, he escaped jihadists in West Africa. Last year, he survived slavery in Libya. But for Daouda Soumana, a 20-year-old trader from Niger, one of the cruelest experiences of his quest for safety occurred this week — within sight of the southern shores of Europe.

From the deck of the Sea-Watch 3, a rescue ship owned and run by a small German charity, Mr. Soumana can see the white cliffs of Malta gleaming in the sunlight, and even the outlines of seaside buildings. The German crew members can reach that coast within 45 minutes by speedboat. Not Mr. Soumana.

He is one of 49 migrants stranded onboard a pair of rescue ships whose requests for safe harbor have been ignored or refused by every national government bordering the Mediterranean Sea since December.

“We are crying,” Mr. Soumana said in an interview on the boat this week. “We can see Malta with our own eyes, but we are still stuck on this ship.”

The uncertain fate of the Sea-Watch crystallizes the effect of Europe’s hard-line shift on migration — a desperate rescue boat tossed about and unable to dock, not for reasons of stormy seas but of tempestuous politics. 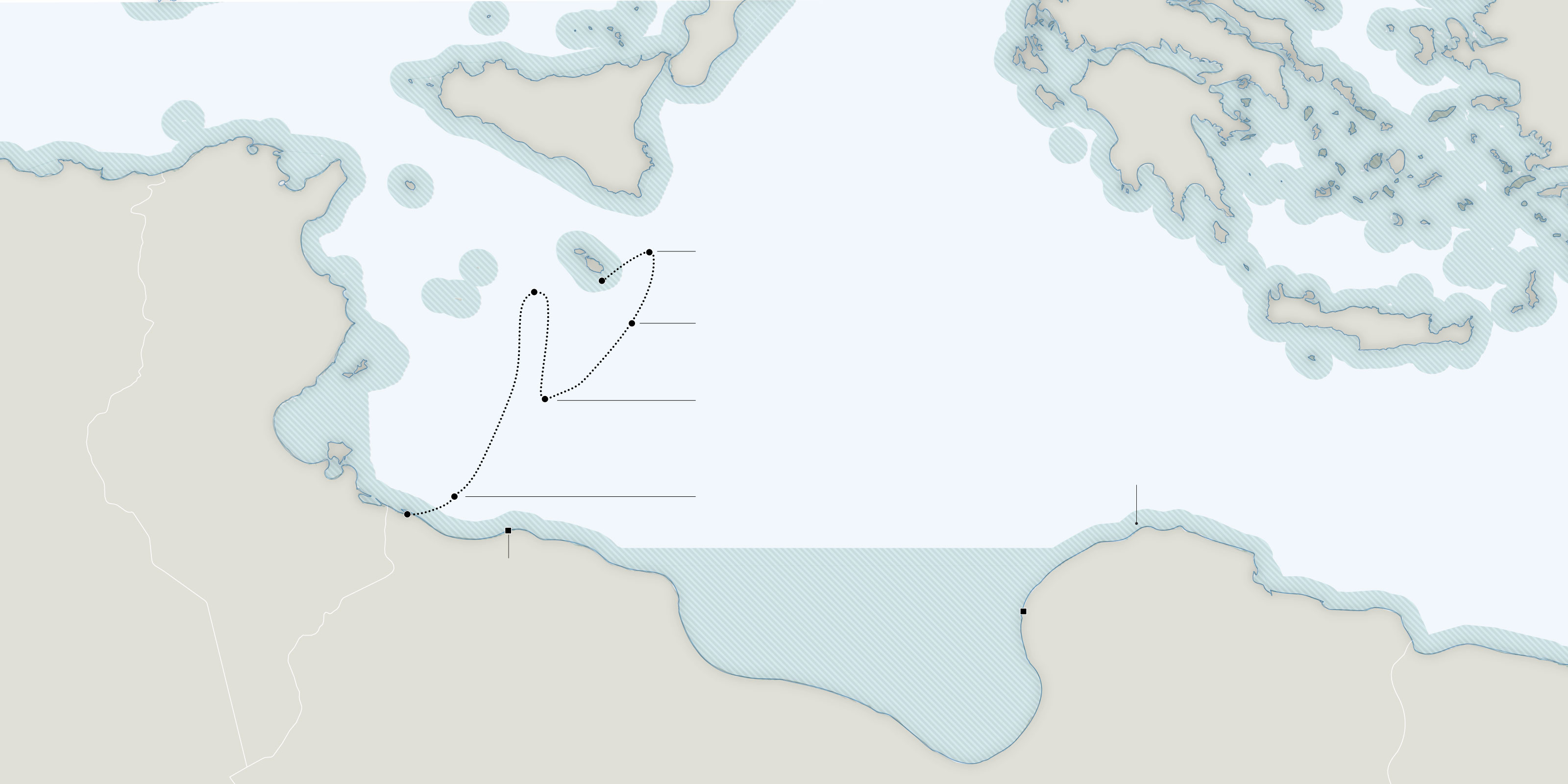 is barred from sailing 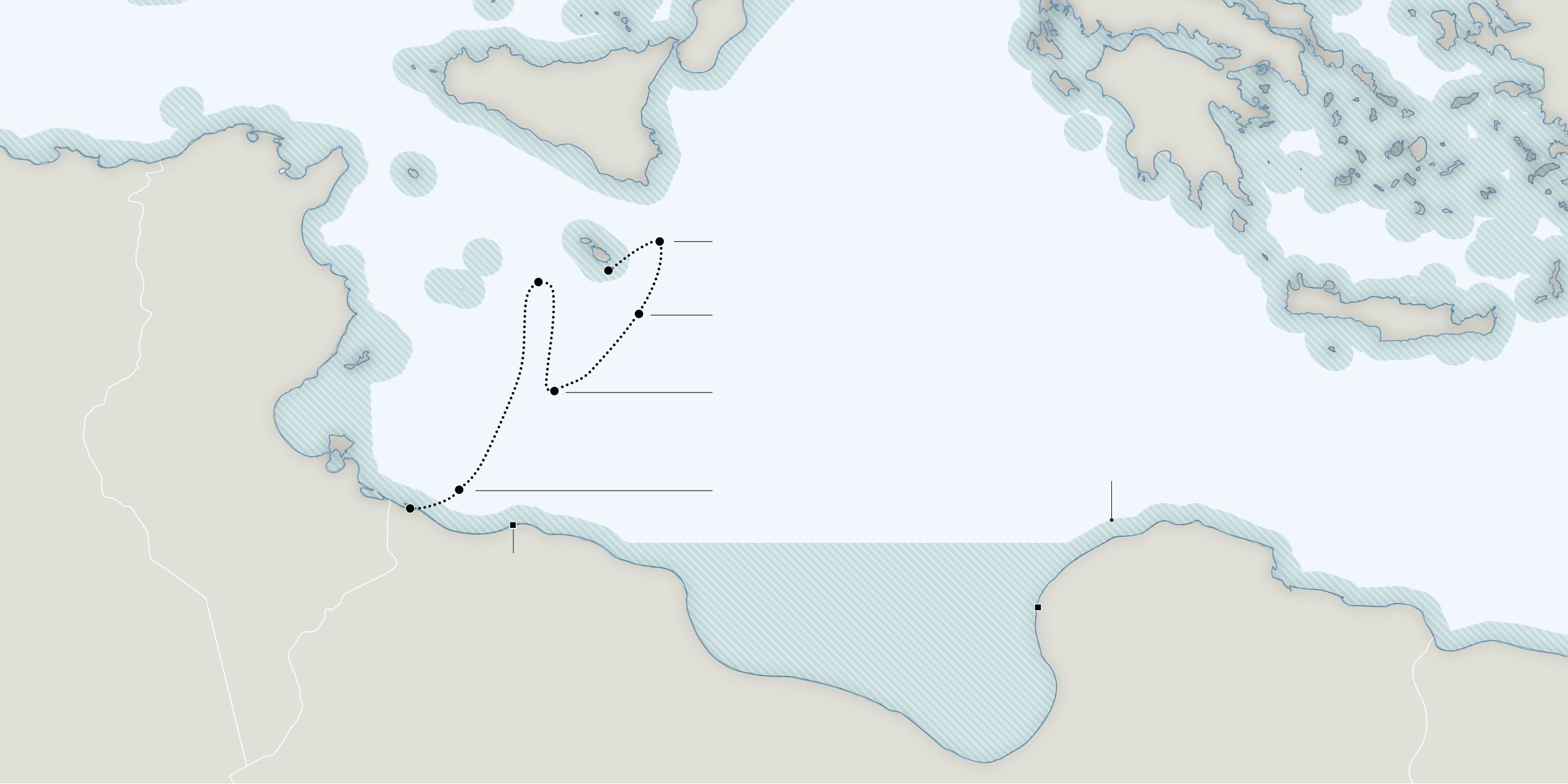 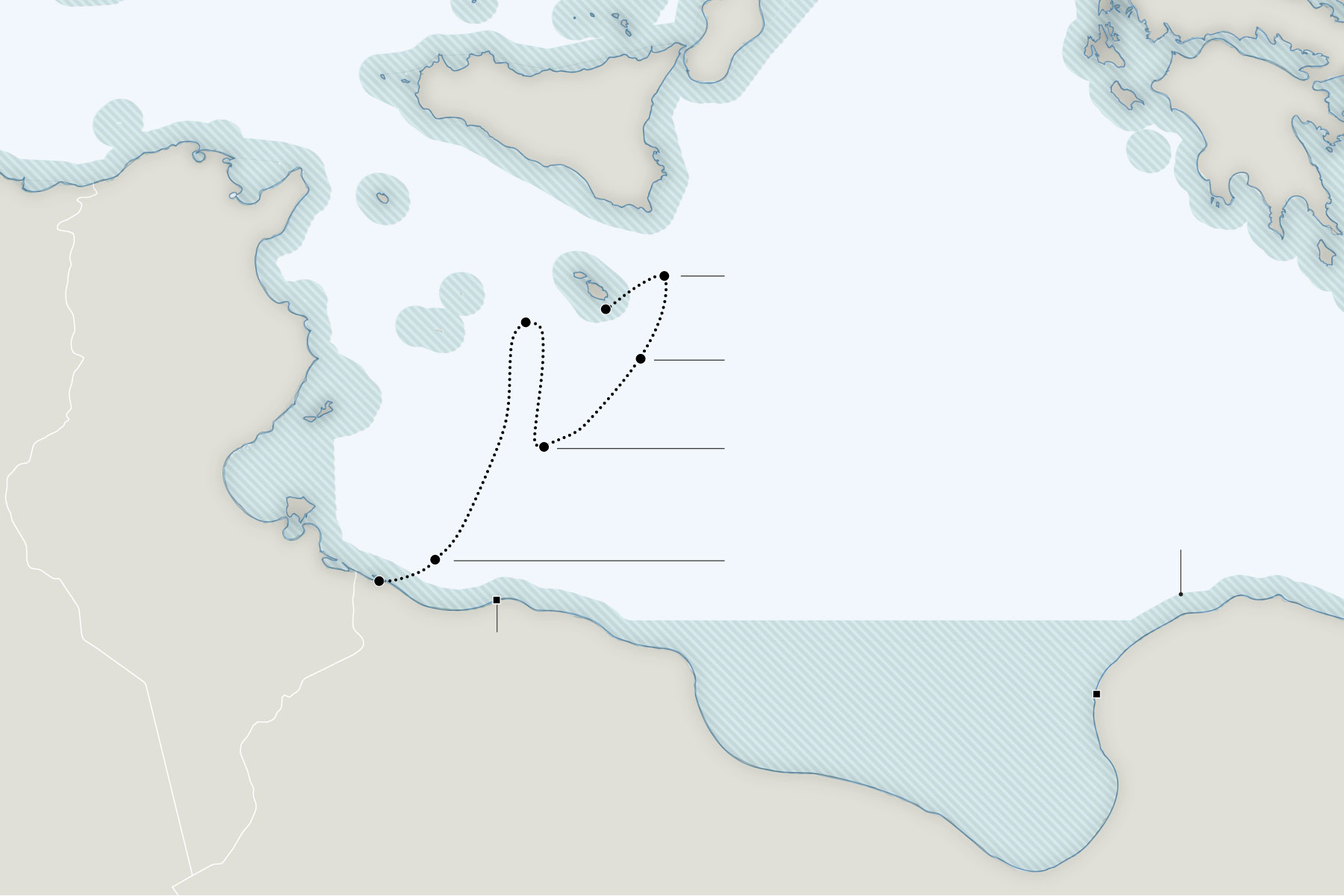 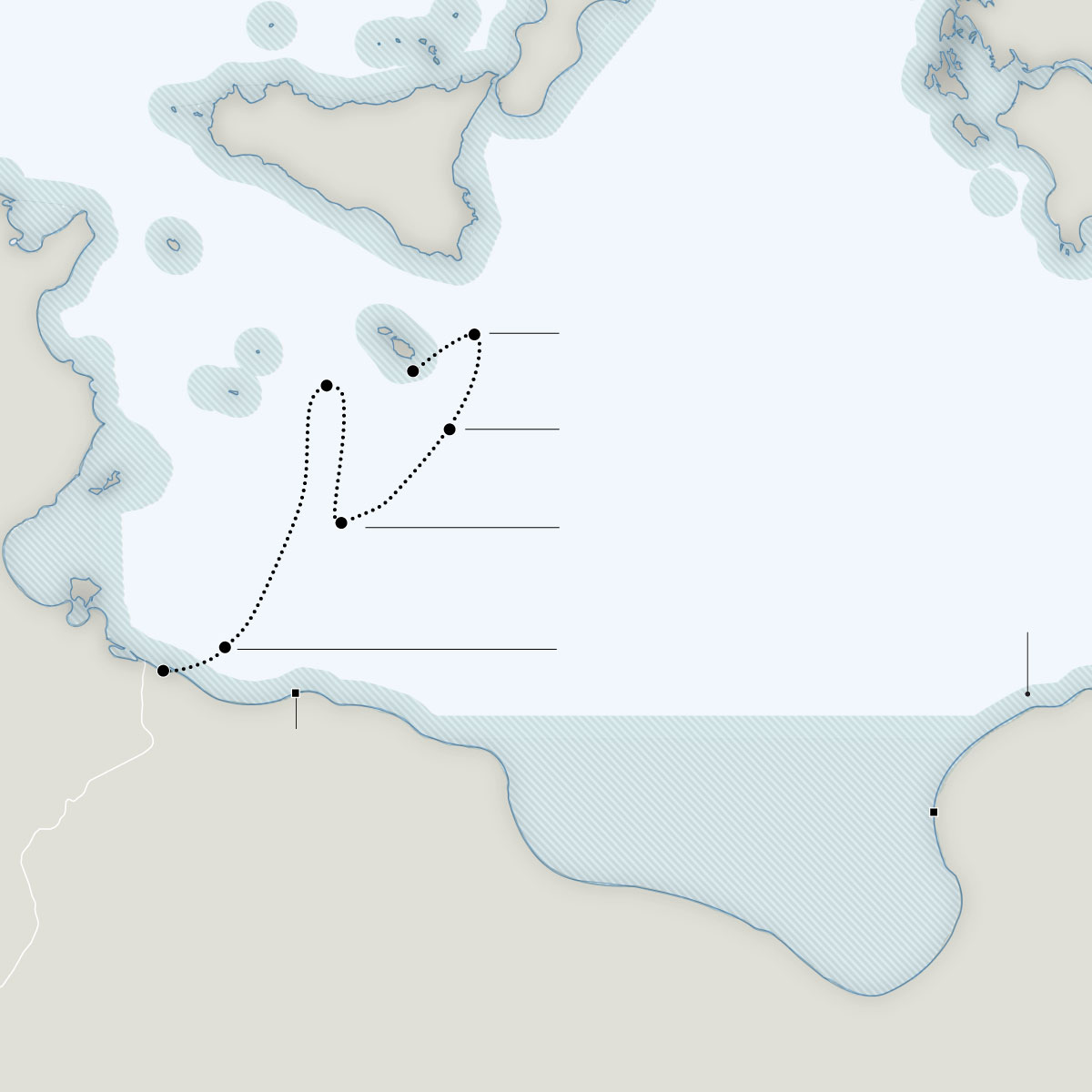 south to assist with another 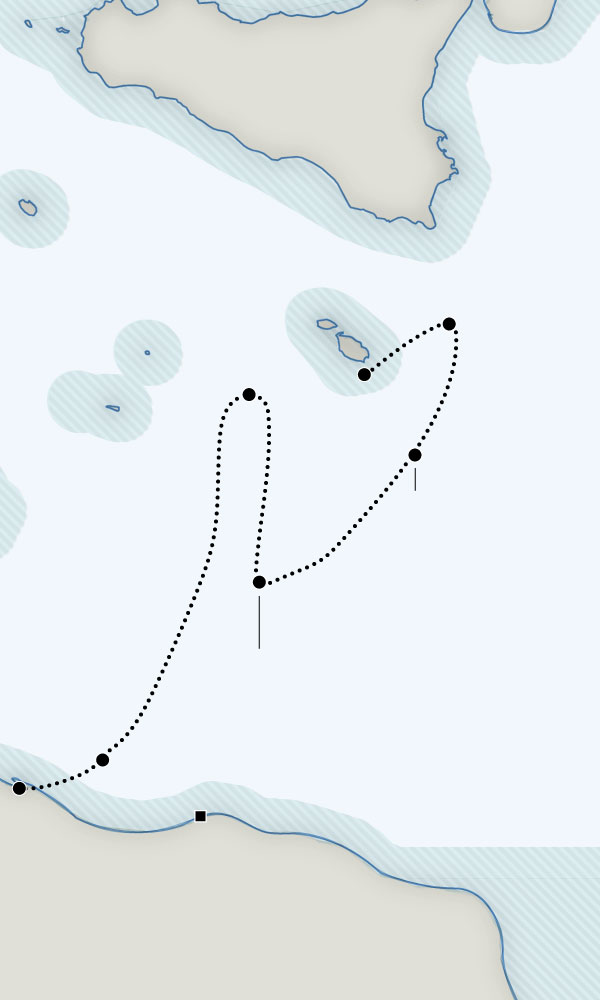 For years, the Italian Coast Guard would have coordinated with the Sea-Watch to quickly locate a port in southern Italy, or to transfer its passengers to a boat that was heading there. But as Europe seeks to deter asylum seekers, Italy’s right-wing interior minister has ordered his country’s ports closed to migrants rescued outside the maritime border.

Since last June, when Interior Minister Matteo Salvini entered office, the Coast Guard has been instructed by Italy’s new populist government not to take part in the rescues. That has emboldened neighboring Malta and other countries to do the same.

In tandem, Italian, Maltese and Greek officials have harried charities that once operated rescue missions off the coasts of Libya and Turkey — launching criminal investigations against them and sometimes impounding their boats. The Sea-Watch is now one of just three private boats left in the Mediterranean conducting rescues — down from 16 at the height of the migration crisis in 2015.

All of this has had a human cost.

Though the number of migrants attempting the Mediterranean crossing has fallen precipitously — a trend that began well before Mr. Salvini’s decision to close ports — an increasing proportion of migrants who launch from Libya are drowning.

At the same time, the proportion of migrants returned to war-torn Libya by the Libyan Coast Guard has also risen. It was nearly 50 percent in 2018, up from just over 10 percent in 2017, according to data compiled by Matteo Villa, a leading expert on Mediterranean migration at the Italian Institute for International Political Studies.

The plight of the Sea-Watch 3 is “a metaphor for what Europe has become,” Mr. Villa said. “Europe doesn’t want any more migration,” he said, “and wants to create a symbol showing how no one can get in.”

Those who do make it to European waters, like the migrants onboard the Sea-Watch, must sometimes wait for weeks in stormy conditions while European countries deliberate who should take responsibility for their asylum claims.

For years, Italy bore the brunt of the crisis in the southern Mediterranean, receiving around 650,000 migrants since 2014. The wave had already dwindled by the time the Mr. Salvini entered office last year, but it helped propel him to power.

Now, his decision to push back migrants threatens to shift the burden to neighboring countries, which are unwilling to assume Italy’s mantle.

Europe’s tough new stance has turned what should have been a moment of relief — when Sea-Watch 3 rescued Mr. Soumana and 31 other migrants who had launched from a beach in Libya in a flimsy rubber dinghy — into one of renewed trauma.

Not only has Italy has stopped coordinating migrant rescue missions in the southern Mediterranean, it has outsourced that responsibility to the Libyan Coast Guard, a ragtag outfit staffed by several militias.

After the Sea-Watch rescued the dinghy’s passengers on Dec. 22, roughly 30 nautical miles north of the Libyan coast, the Italian Coast Guard told its crew to ask the Libyan Coast Guard for further instructions.

The Libyan Coast Guard refused help. So did every other country in the region, as a kind of beggar-thy-neighbor policy took hold, with each country shunting asylum seekers onto the next.

An official at the United Nations, speaking on the condition of anonymity, said that Malta had refused to let the two boats land until other European countries promised to take in not only some of the 49 migrants onboard, but roughly 250 other migrants who have landed on the archipelago in recent months.

The Maltese government did not respond to requests for comment, while the Italian Interior Ministry said in a statement that Italy was not interested in helping receive the migrants. For years, it said, few European countries showed Italy the same solidarity.

On Christmas Day, a week after the migrants were rescued, Sea-Watch 3 was floating between Malta and the Italian island of Lampedusa. On Dec. 29, the Maltese authorities refused to let both that vessel and the Professor Albrecht Penck, another rescue boat, even enter its waters.

By New Year’s Eve, the weather had significantly worsened, and many of the migrants were vomiting regularly. Since it was now unsafe to remain on deck, the 32 passengers were kept inside a small bunk room designed for only eight people.

On New Year’s Day, even as winds reached 40 knots and medics on the Sea-Watch warned of growing health concerns, the Maltese again refused entry to calmer waters.

For many passengers, the experience of being trapped below decks was a traumatic reminder of the conditions they had escaped in Libya, said Kim Heaton-Heather, the ship’s head of mission.

“It’s triggering,” said Mr. Heaton-Heather. “Every time someone locks a door on them and they’re confined to a small space with other people, you can feel the mood change.”

The two boats were allowed to enter Maltese waters on Jan. 2, and the passengers on the Sea-Watch were let on deck again. But they remain in limbo, so close to the shores of Europe, but so far from being allowed to claim asylum there.

In 2015, the year that more than a million people landed on the shores of Europe, several European countries responded with generosity.

Germany agreed to accept asylum seekers even if they had passed through other parts of Europe. The Italian government let hundreds of thousands of rescued migrants land at Italian ports. Several private rescue missions, including Sea-Watch, were later allowed to use Italy as a safe harbor.

But European politicians have gradually shifted tack, bringing down unauthorized maritime migration by 90 percent through deals with authoritarian leaders on Europe’s periphery and by obstructing Mediterranean rescue missions.

In an initiative spearheaded by Angela Merkel, the German chancellor, the European Union paid Turkey to block migration to southeastern Europe, which tailed off almost overnight in March 2016. Then in 2017, the Italian interior minister persuaded a group of Libyan militias to stop migrants from leaving Libyan shores, reducing arrivals to Italy by nearly 70 percent.

Mr. Soumana has been on the road since 2015, but the most recent leg of his odyssey began on Dec. 21, when his group pushed off from the Libyan coast.

The migrants came from nine African countries, and included four women and six children. Some said they were fleeing grinding poverty at home. Others said they were escaping violence. Mr. Soumana’s home region beside Niger’s border with Nigeria had been overrun by jihadists from Boko Haram.

A Libyan woman, traveling with her 6-year-old son, said she was fleeing an abusive husband who had tried to kill her. Achwil Abdallah, a 15-year-old traveling on his own, escaped civil war in South Sudan. And each had also escaped deteriorating conditions in Libya, where migrant workers are routinely tortured, held for ransom and kept as slaves.

Mr. Soumana said that on two earlier occasions, he was arrested by the Libyan Coast Guard and taken to a prison camp where he was beaten with metal bars, held for ransom, and later forced to work on a farm for no compensation.

“I’ve come from one problem in Libya to find another problem here,” said Mr. Soumana, as he looked across the water at the southernmost cliffs of Malta. “It’s not logical.”