Republicans home in on bias complaints. 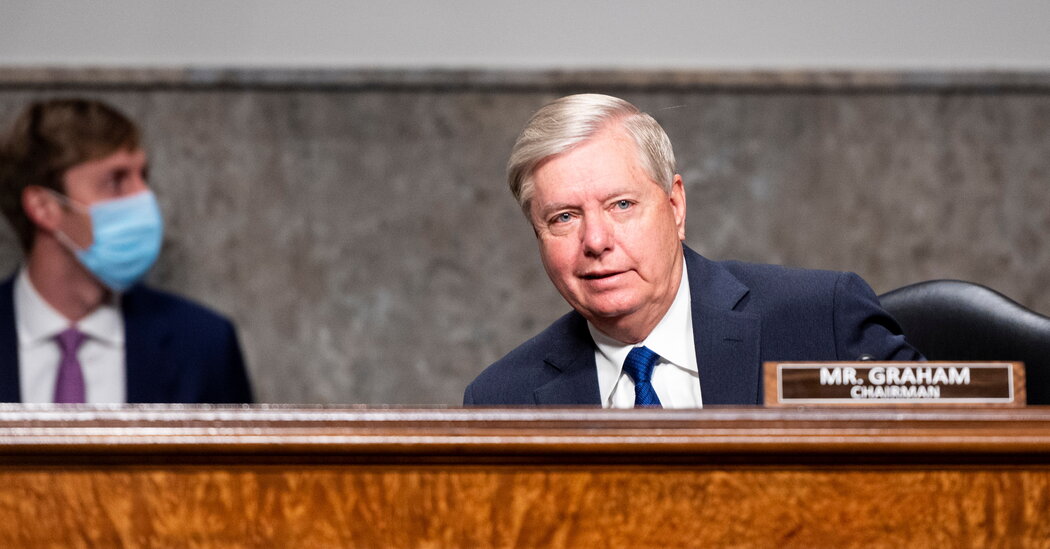 The committee’s Republican members attacked the power that social media companies have to moderate content on their platforms, accusing them of making politically slanted calls while hiding behind a decades-old liability shield.

“I don’t want the government to take over the job of telling America what tweets are legitimate and what are not,” said the panel’s chairman, Senator Lindsey Graham of South Carolina. “But when you have companies that have the power of government, have far more power than traditional media outlets, something has to give.”

President Trump and his allies have spent years attacking the Silicon Valley platforms for what they say is bias against conservatives, pointing to the liberal politics of the companies’ employees and instances of moderation that affected Republicans or conservative media. Their evidence for these claims has always been anecdotal, and many right-wing personalities have built big followings online.

Mr. Zuckerberg and Mr. Dorsey said that while their companies had sometimes made mistakes, their policies were fair and supported the best interests of their users.

Republicans spent much of their time focusing on individual decisions made by the companies. Mr. Graham took exception to the way Twitter and Facebook had initially limited the reach of a New York Post article about Hunter Biden, the son of President-elect Joseph R. Biden Jr. The article prompted the committee to demand that the chief executives of the two companies testify.

“That, to me, seems like you’re the ultimate editor,” Mr. Graham said.

Their comments reflected the way conservatives are increasingly attacking the companies for the way they’ve handled a fractious period after the presidential election, when President Trump has refused to concede despite Mr. Biden’s significant lead.

Mr. Graham questioned Twitter’s decision to label a post from a Republican politician as making a “disputed” claim about election fraud. Senator Mike Lee, a Republican from Utah, said one of his Facebook posts about the election had been labeled by the platform.