Relax, Instagram Is Not Limiting Your Favorite Account’s Reach To 7% Of Its Followers 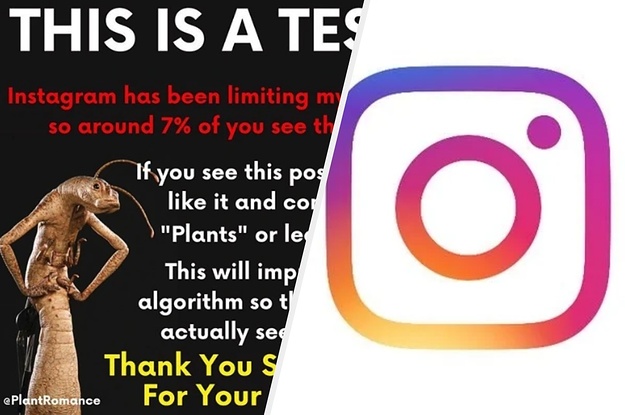 Instagram has debunked a growing rumor that the social network’s algorithmic feed was limiting the reach of certain accounts to just 7% of their followers.

Instagram’s feed, the continuous cascade of pictures that appears when you open the app, is one of its main features. The feed determines the order of the pictures and posts your see by way of an algorithm that analyzes your behavior on the app. The feed was once chronologically ordered, but the company changed it to an algorithmic order in 2016.

The company added, “We’ve noticed an uptick in posts about Instagram limiting the reach of your photos to 7% of your followers, and would love to clear this up.”

In a series of tweets, Instagram offered a basic overview of how its feed ranking system determines what you see first by prioritizing the accounts you engage with — i.e. accounts whose posts you like or leave comments on — and other factors. That algorithmic ordering does not involve penalizing other accounts and removing their posts from your feed, the company said.

“We have not made any recent changes to feed ranking, and we never hide posts from people you’re following — if you keep scrolling, you will see them all,” Instagram tweeted. “Again, your feed is personalized to you and evolves over time based on how you use Instagram.”

If you engage with an account’s post, it’s more likely you’ll see posts from that same account at the top of your feed the next time you log in. Some accounts will write a request for a a comment into the caption for that reason.

The rumors about Instagram limiting users’ feeds have become widespread. Brands with tens or even hundreds of thousands of followers have been posting these images and receiving tens of thousands of likes and comments.

A shadowban is a clandestine cap on the spread of an account’s tweets by Twitter HQ.

Instagram did not immediately respond to request for comment but echoed the company’s tweets in a statement to New York Magazine.