QAnon Believers Were Part Of Mob That Stormed The Capitol 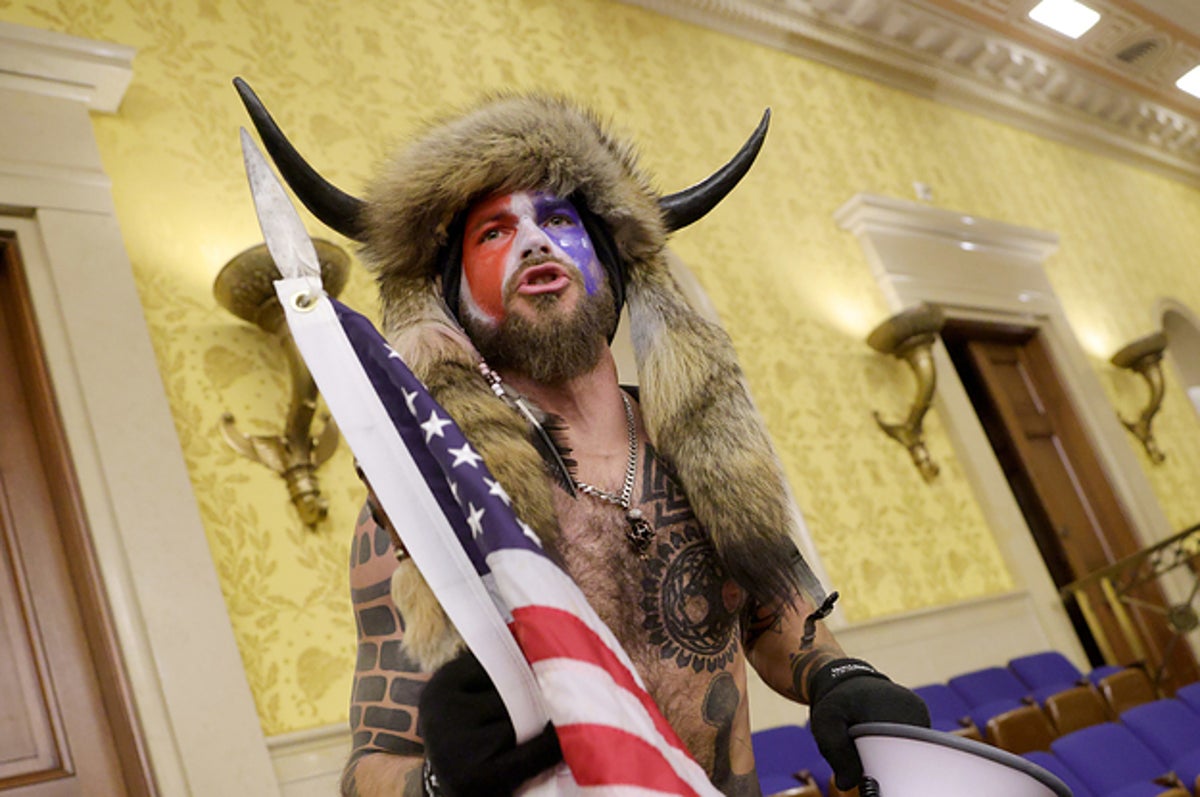 Believers in QAnon, the collective delusion that holds President Donald Trump will save the country from an evil deep state cabal, were part of the mob that stormed the Capitol today.

One well-known figure in the QAnon world who dresses up in a furry hat as the “QAnon shaman” sat on the dais of the Senate chamber. Images of a man in a “Q” T-shirt with the phrase “trust the plan,” a catchphrase from the conspiracy theory, was pictured confronting a police officer inside the Capitol.

In another video taken by HuffPost journalist Igor Bobic, the same man appears to chase a police officer up a staircase.

Also inside the Senate chamber was a woman holding a sign referencing “saving the children,” a nod to the QAnon belief in a child sex trafficking ring involving former secretary of state Hillary Clinton.

Tech platforms have been slow to act to stop the spread of QAnon. Twitter banned QAnon accounts in July 2020, and only in October did Facebook announce it would start removing dangerous conspiracy content, and YouTube did a partial ban. Those moderation efforts have not been entirely successful, and content quickly sprung back.

Those actions came too late for the many people who have strained or lost relationships with friends and family who have begun to believe in the delusion. What started in internet backwaters grew closer to the mainstream, and in November, a QAnon believer, Marjorie Taylor Greene, was elected to the House of Representatives.

Trump has encouraged QAnon conspiracies in the past. Though he’s said he knows little about it, he endorsed their core tenet of fighting child sexual abuse. When asked about it during a press conference this summer, he said, “I don’t know much about the movement other than I understand that they like me very much, which I appreciate.”

On pro-Trump message boards and social platforms, QAnon phrases proliferated about the rally led by Trump this morning that turned into a violent mob attack on the US Congress. Hopes that Vice President Mike Pence, who has his own mythology in QAnon fanfiction, would change the election outcome this morning were dashed when the vice president announced he would not unilaterally overturn the Electoral College results.

Like the Pizzagate conspiracy theory that led to real-world violence, the QAnon mass delusion has been threatening physical consequences for years, including a standoff on the Hoover Dam with a believer. In the last two weeks of Trump’s term in office, that threat finally became real.