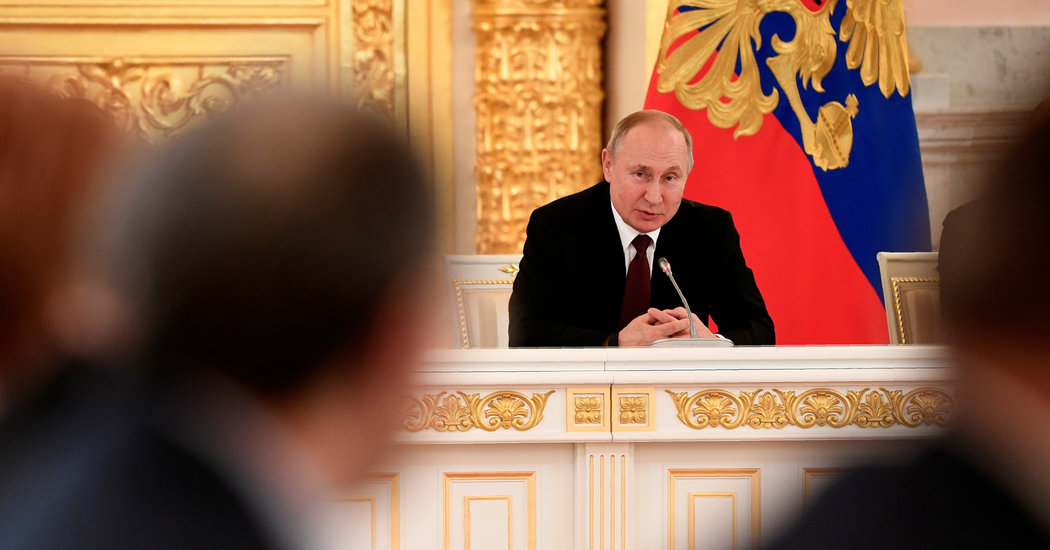 MOSCOW — President Vladimir V. Putin of Russia called President Trump on Sunday to thank him for a tip from American intelligence agencies that helped prevent a terrorist attack in Russia, the Kremlin said in a statement.

The announcement offered no details about what information the United States had passed along.

But the Federal Security Service, the main successor agency to the K.G.B., told Russian media it had detained two suspects preparing an attack on a crowded location in the northern city of St. Petersburg on New Year’s Eve.

The two countries’ spy agencies typically view one another as adversaries, for example backing opposing sides in wars in Ukraine and, until earlier this year, in Syria.

But when it comes to counterterrorism, they cooperate.

It said the two leaders had also discussed other “issues of mutual interest,” but did not spell them out.

The White House did not respond to a request for comment.

Some of the terrorist groups tracked by the United States have also targeted Russia for years, among them the Islamic State. In 2015, the Islamic State claimed responsibility for blowing up a Russian airliner over Egypt, killing all 224 people aboard.

Information has also flowed to the United States from Russia.

In 2011, the Federal Security Service warned the F.B.I. that an immigrant from Russia living in Boston, Tamerlan Tsarnaev, had associated with Islamist militants. The F.B.I. investigated the tip but closed the case after finding no proof.