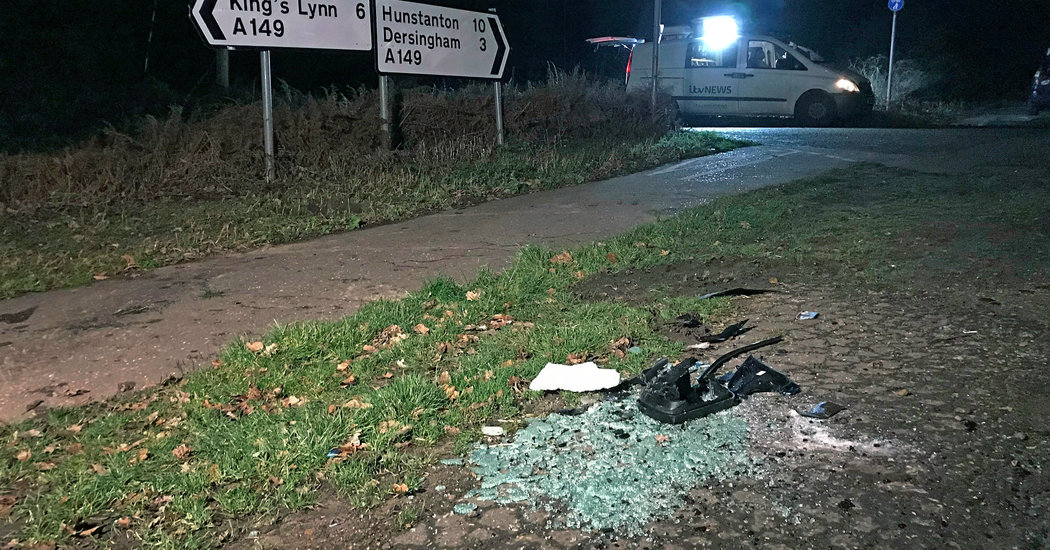 LONDON — Prince Philip, the husband of Queen Elizabeth II of Britain, escaped unhurt from a car accident near the royal family’s retreat in Sandringham, north of London, on Thursday.

The prince, 97, was driving an S.U.V. near the estate when he was involved in an accident with another vehicle, a spokeswoman at Buckingham Palace said. She confirmed that the queen was not in the vehicle at the time of the crash.

In a statement, the Norfolk Police said that the two women in the other car had been treated for injuries at a hospital and been discharged. The driver suffered cuts and the passenger sustained an arm injury, the police said.

An eyewitness who drove by the scene told the BBC that the car the prince appeared to be driving was overturned. Photos from the scene showed one vehicle in a ditch and one turned on its side, its windshield cracked.

The local police were called to the scene around 3 p.m. on Thursday following reports of a collision. Saying it was “force policy to breath-test drivers involved in collisions,” the police said that the drivers were breath-tested and “provided negative readings.”

The Archbishop of York tweeted a prayer for Prince Philip.

Prince Philip officially retired from his public duties in the autumn of 2017 and stopped all official engagements, but he has kept busy in the time since. He has continued to drive cars and is regularly seen driving horse drawn carriages and walking on the sprawling estate. In 2016, when he was 94, Prince Philip drove President Barack Obama, Michelle Obama and Queen Elizabeth when they visited Windsor Castle.

He did choose to give up flying when he was 76.

There is no upper age limit for driving in Britain, but drivers over 70 have to renew their license every three years and report any new medical conditions.