Potato or Hand Grenade? A Rusty Bombshell at a Chip Factory 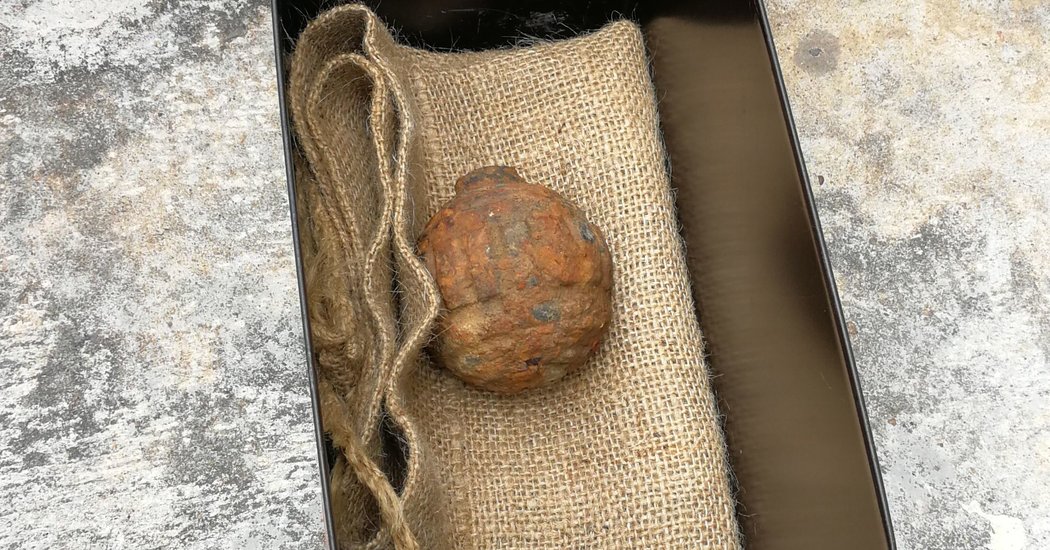 HONG KONG — One spud was a dud.

Caked in rust and mud, a World War I hand grenade was harvested with potatoes in France and shipped to a potato chip factory in Hong Kong — until a machine found that one was not quite like the others.

The bomb, a German-made device that was in an unstable condition, was defused by the Hong Kong police at the factory on Saturday using a “high-pressure water firing technique.”

“Since the grenade had not blown up at the time it was thrown, there was an immediate danger that needed to be handled right away,” Superintendent Wong Ho-hon said.

At 2.2 pounds, with a 3-inch diameter, the grenade was about the size of a potato, but was around five times as heavy.

While it is unusual for a grenade to evade detection as it travels halfway across the world, this was not the first war relic to be unearthed somewhere surprising. A farmer in Scotland discovered an unexploded World War II bomb last year, and farmers in Belgium have found shells even in fields that have been plowed many times before.

“Many hand grenades are left behind during bombardments, when an entire trench is buried,” said Kwong Chi-man, a military historian and an assistant professor of history at Hong Kong Baptist University.

The chip factory, Calbee Four Seas Company, did not respond to a request for comment.

“I don’t know what mechanical means the plant uses to scoop up the potatoes, but I imagine they don’t routinely run magnet detectors through potatoes,” said Franco David Macri, a senior research fellow in the history department at Hong Kong University.

Last year, the Hong Kong police defused three 1,000-pound American-made bombs from World War II. They had been found within months of one another at a construction site in Wan Chai, a busy residential district where thousands had to be evacuated overnight. Another American bomb discovered and detonated in Hong Kong in 2014 weighed one ton.

Many wartime relics are degraded over time by rust and water damage, but the explosive mechanism can sometimes remain intact

“It doesn’t matter how old these things are,” Dr. Macri said. “They can still be a threat.”