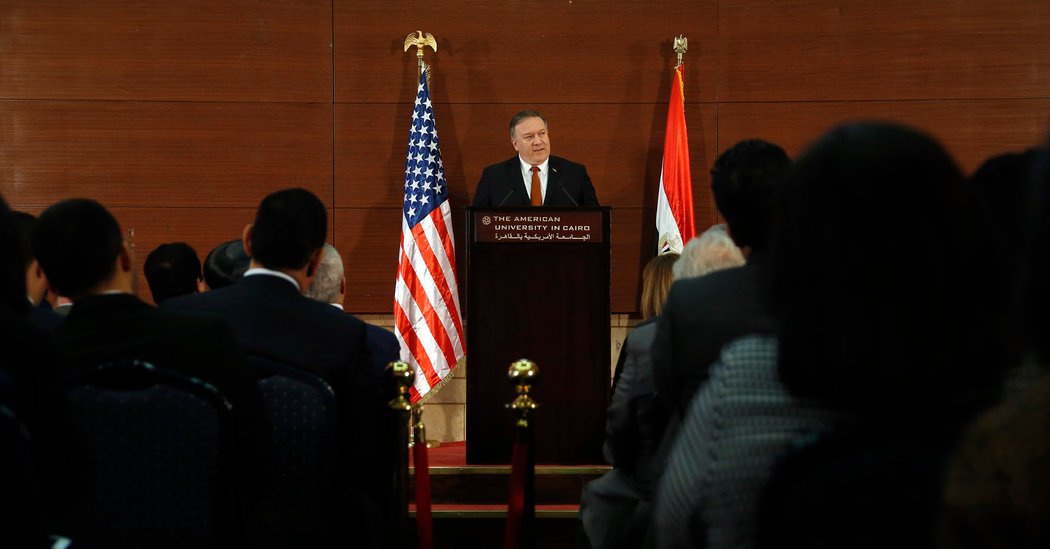 CAIRO — Secretary of State Mike Pompeo scathingly repudiated President Barack Obama’s approach to the Middle East on Thursday, using a speech in Cairo to reject what he called the previous administration’s timidity toward Islamic extremism and misguided outreach to Iran.

A decade after Mr. Obama delivered a landmark speech, also in Cairo, that offered an olive branch to Iran and urged autocrats to permit greater freedoms, Mr. Pompeo offered his own reset, based on unquestioned American leadership and an alliance of Arab authoritarians to counter Iran.

The United States will use those alliances “to expel every last Iranian boot” from Syria, he said.

Mr. Pompeo’s assertion of American purpose in the Middle East comes at a moment when Washington’s will to lead has been widely questioned.

President Trump’s sudden announcement, issued via Twitter on Dec. 19, that he planned to withdraw 2,000 American troops from Syria caused consternation. So far in Mr. Pompeo’s nine-nation tour of the region that started Tuesday, he has had to reassure jittery nations about the pace of that withdrawal.