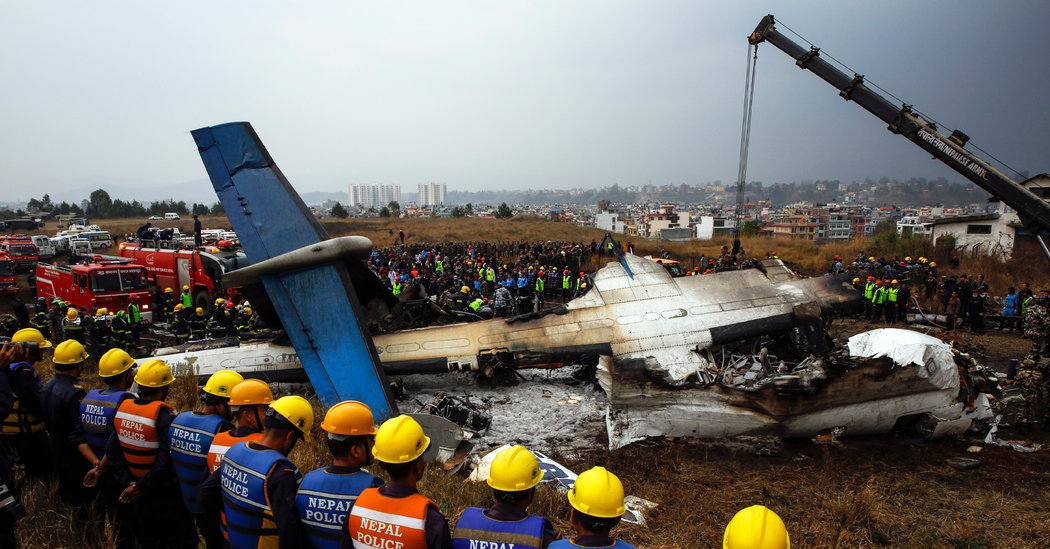 KATHMANDU, Nepal — The captain of a Bangladeshi airplane that crashed in Nepal last year, killing 51 people on board, appeared to have experienced an “emotional breakdown” during the flight, a report has found.

The findings, released on Sunday by a committee formed by the Nepalese government, concluded that the pilot’s “irritable, tensed, moody and aggressive” behavior during the flight might have contributed to a “loss of situational awareness” when trying to land.

The plane, US-Bangla Airlines Flight 211, was landing at Tribhuvan International Airport in Kathmandu, the capital of Nepal, on a flight from Dhaka, the capital of Bangladesh, when it crashed on March 12.

Video showed a plane teetering over the runway. When it finally touched the ground, the plane skidded, hit a fence and erupted in a fireball, killing 49 of the 71 people on board. Two others later died from their injuries.

Among the dead were 12 Nepalis training to be doctors at a university in Bangladesh. They were returning home for vacation after finishing their final examinations.

Their families had stretched themselves as far as they could go to support their children’s attending medical school. Nepal suffers from a dire shortage of trained doctors.

Urmila Pradhan, whose daughter, Shweta Thapa, was one of the students who died, was furious at the report’s findings.

“She was my only ray of hope,” Ms. Pradhan said, sobbing through a telephone interview. “I was thinking good days were coming, but that pilot proved me wrong. I’m now totally helpless.”

In its report, the Nepalese commission found that the airplane’s Bangladeshi pilot, Abid Sultan, 52, who was also in charge of the flight, had been showing signs of problems even before the plane took off from Dhaka.

The report said Captain Sultan had slept little the night before the flight and had been unaware of new rules in Bangladesh that required international flights to have air clearance before departing from Dhaka, leading to confusion when he prepared for takeoff.

He was also considering whether to resign from US-Bangla Airlines over comments from a colleague who had questioned his competency. In the air, Captain Sultan seemed “very insecure,” the report said. He acted aggressively with other crew members, smoked in the cockpit and complained repeatedly about the colleague’s criticism. (She was not on board.)

Once in Nepalese airspace, Captain Sultan failed to follow standard procedures at a critical stage of the landing phase at Tribhuvan International Airport, the report said. This led to the loss of “situational awareness” that had prevented him from properly judging the angle of approach to the runway.

The report also blamed air traffic controllers in Nepal for a “lack of assertiveness” in safely guiding the plane, a twin-engine turboprop that can carry up to 78 passengers, to the ground.

“Landing was completed in a sheer desperation after sighting the runway, at very close proximity and very low altitude,” the report said.

Captain Sultan, his co-pilot and the two other crew members on board were among those who died in the crash. The report was compiled using cockpit voice recordings, closed-circuit television footage, a flight data recorder and interviews with air traffic controllers and Nepali and Bangladeshi officials.

Though an experienced pilot, Captain Sultan had struggled in the past. In 1993, he was let go from the Bangladesh Air Force in connection with his depression, the report said. He was later cleared to work again and flew planes for several airlines before joining US-Bangla Airlines in 2015, the year after it began operations.

Dhaka-Kathmandu was US-Bangla Airlines’ first international route, according to the CAPA-Center for Aviation, a research group in Sydney, Australia. The airline is a subsidiary of the US-Bangla Group, a joint American-Bangladeshi company.

In recent medical self-declaration forms, Captain Sultan, who was married with one son, did not disclose his mental health issues, the report found. He also claimed on some forms to have never been a smoker.

Based on its findings, the Nepalese government recommended stricter and more regular physical and psychological evaluations for pilots before renewing their licenses.

But Pranila Chitrakar, 38, whose husband died in the crash, circled back to Captain Sultan’s checkered history. She wondered why he had been allowed to helm Flight 211 in the first place.

“My husband and many others wouldn’t have died if this mentally disturbed pilot was barred from leading the flight,” she said.