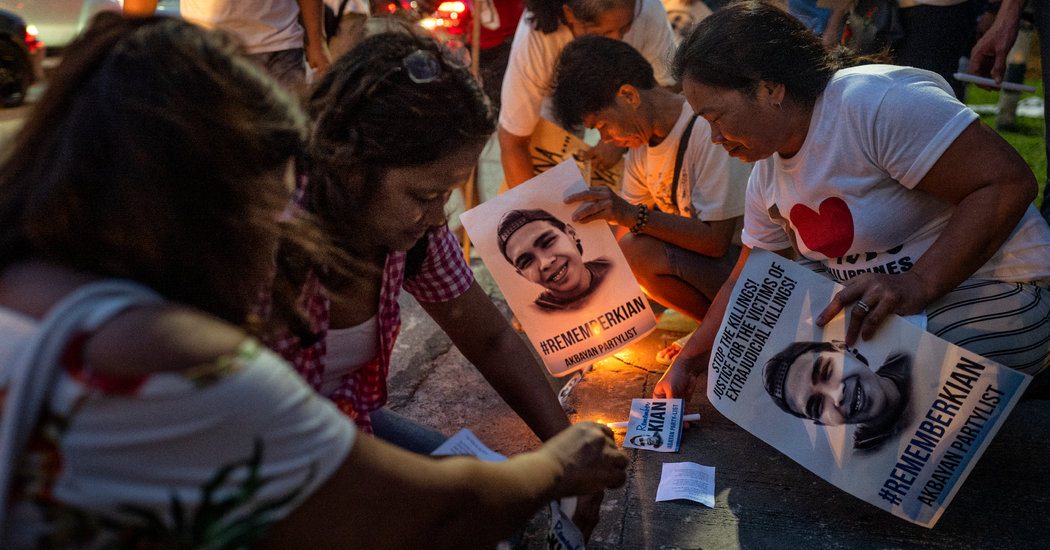 MANILA — The Philippines officially withdrew from the International Criminal Court on Sunday, after the country’s highest court declined to overrule President Rodrigo Duterte’s decision to pull out from the world’s only permanent war crimes tribunal.

Manila announced it was withdrawing from the court a year ago, but under court rules, the withdrawal could not take effect for at least 12 months. The Philippines is the second country to withdraw from the Hague-based body after Burundi, which left in 2017.

Romel Bagares, a lawyer for a coalition of rights activists who had asked the Supreme Court of the Philippines for an injunction against the move, said the Philippine withdrawal was “a terrible setback in the long fight against impunity in the country.”

“It is our last resort when our institutions fail,” Mr. Bagares said of the international court, “and they have grievously been failing in the last two years, with apparent government inaction on thousands of deaths arising from the president’s drug war.”

In withdrawing from the court last year, Mr. Duterte said that the Philippine government had enough mechanisms in place to ensure that the justice system functioned properly. He also insulted the court and threatened to arrest Fatou Bensouda, a Gambian lawyer and the court’s chief prosecutor, if she entered the Philippines.

The court has been conducting a preliminary inquiry into accusations that Mr. Duterte and other Philippine officials committed mass murder and crimes against humanity in the course of the drug crackdown. That inquiry stemmed from a complaint filed by a Filipino lawyer representing two men who said they had been assassins for Mr. Duterte in Davao, the southern city where Mr. Duterte became mayor in the late 1980s.

A second complaint was filed last August by relatives of eight people killed by police officers in the drug war; they also accused Mr. Duterte of murder.

In their Supreme Court motion, the rights activists said that withdrawing from the court would deprive Filipinos of “effective remedies” against genocide and other crimes against humanity.

The petitioners argued that “those who kill with impunity will only be further emboldened.”

When Mr. Duterte took office in 2016, he vowed to end the scourge of drugs and dump the bodies of slain addicts and dealers in Manila Bay. More than 5,000 people have been killed by the police in what are often described as drug raids. Rights groups say many more have been killed by unofficial militias.

The extrajudicial killings have met with condemnation from the international community and public anger in the Philippines. In November, three police officers were found guilty of murdering a teenager who was mistaken for a drug pusher, the first such convictions in the antidrug campaign.

Mr. Bagares said Mr. Duterte’s withdrawal from the court could have lasting consequences for human rights protections in the Philippines, which endured two decades of martial law under the dictator Ferdinand Marcos, who died in exile in 1989.

“We have further emboldened forces of impunity by removing one of the last restraints holding them back,” Mr. Bagares said. “Philippine society will pay dearly for this.”

On Thursday, Mr. Duterte released a new list of 46 people he claimed were “narcopoliticians” and vowed that his drug war would be more bloody in his last three years in office.

It is separate from a list of 150 judges, local officials and police and military officers he released just months into office. Several mayors who were on that list have since been gunned down.

Risa Hontiveros, an opposition senator, said Sunday that by withdrawing from the court, Mr. Duterte was trying to avoid international scrutiny of his drug war. But she said that would not stop the court from continuing its investigation.

“He can still be held liable for offenses committed while the Philippines was a signatory to the I.C.C.,” Ms. Hontiveros said.

Salvador Panelo, a spokesman for Mr. Duterte, said Thursday that as far as the government was concerned, the court no longer had the authority to investigate the Philippines.

He said that unlike Burundi, the Philippines had not had a case filed against it before quitting the court.