MANILA — Two bombs exploded at a cathedral in the southern Philippines on Sunday, killing 20 people and wounding scores of others, officials said.

The attack on the island of Jolo came less than a week after voters rejected its inclusion in a Muslim autonomous area; the referendum was overwhelmingly approved in other parts of the Mindanao island group, which includes Jolo. The government of the mainly Catholic country has for decades been fighting Islamist separatist groups like Abu Sayyaf.

The blasts occurred in the morning as people were gathered for Mass at the Cathedral of Our Lady of Mount Carmel in Jolo, the capital of Sulu Province, said Col. Gerry Besana, a spokesman for the military. The bombs were believed to be homemade.

He said one of the bombs exploded inside the church, while the other exploded in a nearby parking lot as congregants panicked and rushed outside.

Chief Superintendent Graciano Mijares, the regional police commander, said late Sunday afternoon that 20 people had been killed, five of whom were soldiers guarding the church. Earlier, the police had put the death toll at 27. Eighty-one others were wounded, including 16 police officers and members of the military.

Delfin N. Lorenzana, the Philippine defense secretary, said troops were at a heightened alert level and were securing all places of worship.

“We assure our people that we will use the full force of the law to bring to justice the perpetrators behind this incident,” he said in a statement.

Colonel Besana said that while it was too early to conclude that Abu Sayyaf or another militant group was behind the blasts, they bore the hallmarks of such an attack.

The cathedral in Jolo has been a frequent target of Abu Sayyaf militants. In 2010, two separate grenade attacks rocked the church, though no one was reported hurt. Three years later, two churchgoers were wounded in a similar attack.

Abu Sayyaf is a small group of militants affiliated with the Islamic State that has been blamed for some of the worst attacks in the Philippines in recent decades, including kidnappings, bombings and beheadings of foreign and local hostages. That includes the country’s deadliest terrorist attack, a 2004 bombing of a passenger ferry in Manila Bay that killed more than 100 people. But the military has often played down Abu Sayyaf’s strength, putting its numbers at fewer than 500.

For five months in 2017, a faction of the group led by Isnilon Hapilon — who was considered the Islamic State’s leader in Southeast Asia — laid siege to the southern Philippine city of Marawi. The battle left the city in ruins and some 1,200 people dead, including Mr. Hapilon.

Last year, Abu Sayyaf detonated a car bomb at a police checkpoint on the southern island of Basilan, killing 10 people.

The failure of the referendum on Monday in Jolo, a predominantly Muslim area, had raised fears of reprisals by militant groups. The referendum sought to ratify a law signed by President Rodrigo Duterte last year that would create a self-governing area known as Bangsamoro. 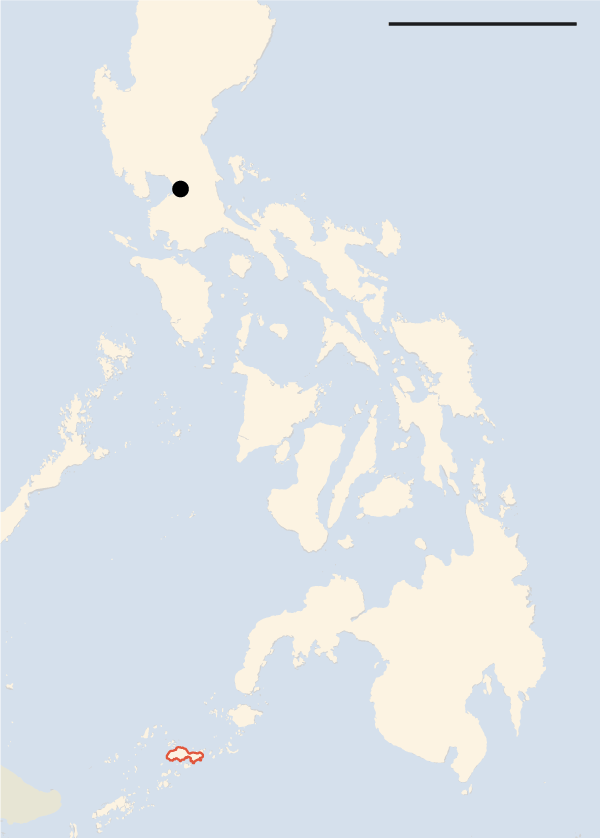 That law was a condition of a 2014 peace deal between the government and the Moro Islamic Liberation Front, a separatist rebel force that dropped its bid for independence in exchange for self-rule. Abu Sayyaf was excluded from that deal.

Several other areas of the southern Philippines will vote next month on whether to join the Muslim autonomous area.

Salvador Panelo, a spokesman for Mr. Duterte, said the government condemned the attack on Sunday in the “strongest possible terms.”

“We will pursue to the ends of the earth the ruthless perpetrators behind the dastardly crime until every killer is brought to justice and put behind bars,” he said in a statement. “The law will give them no mercy.”

Mr. Panelo said the attack was a clear challenge to the government of Mr. Duterte, who sent almost 10,000 troops to Jolo last year in an effort to defeat Abu Sayyaf once and for all.

Hermogenes Esperon, Mr. Duterte’s national security adviser, said in a statement that the attack appeared to be connected to the vote last week.

The Bangsamoro law “signifies the end of war for secession,” he said. “The perpetrators are mass murderers. They are extremist criminals. We will not allow them to spoil the preference of the people for peace.”