Philippines Backs Off Threat to Terminate Military Pact With U.S. 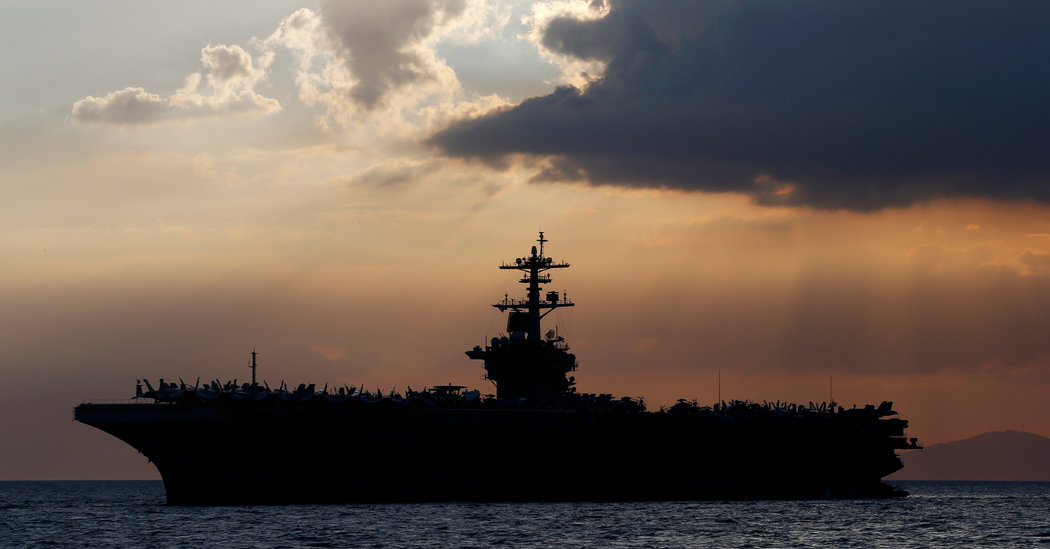 MANILA — In a strategic setback for China, the Philippine government on Tuesday said it was suspending termination of a longstanding military pact with the United States that President Rodrigo Duterte has criticized as unfair.

The Philippine foreign secretary, Teodoro Locsin, made Tuesday’s announcement over Twitter, saying that he had informed Washington of the suspension in a diplomatic note. The decision was made “in light of political and other developments in the region,” Mr. Locsin said in the diplomatic note, without elaboration.

The United States welcomed the reversal. “Our longstanding alliance has benefited both countries, and we look forward to continued close security and defense cooperation with the Philippines,” the United States Embassy in Manila said in a statement.

Political analysts interpreted the reversal as a sign that China’s neighbors are worried about its growing military assertiveness. The Philippines, Vietnam and Malaysia all have disputes with China about its territorial claims in the South China Sea.

Some analysts saw the reversal as a strategic gain for the United States, given that the Philippines is the only U. S. treaty ally near the South China Sea, a vital maritime shipping route.

“In light of China’s continued assertion of its historic rights in Vietnamese and Malaysian waters over the last year, Manila may have concluded that its previous rapprochement with Beijing would not protect Philippine interests,” said M. Taylor Fravel, a political-science professor who is director of the Security Studies Program at the Massachusetts Institute of Technology.

In February, Mr. Duterte had ordered the termination of the Visiting Forces Agreement, endangering a security blanket for the Philippines, which has been facing increasingly hostile Chinese actions in the South China Sea. Under the agreement, Washington and Manila had 180 days after the issuance of a termination notice — until August, in this case — to try to salvage the deal.

The pact permitted the United States military to conduct large-scale joint exercises in the Philippines, decades after the Americans were evicted from naval bases north of Manila because of lease disagreements.

Mr. Duterte’s decision to end the military alliance had followed Washington’s refusal to grant a visa to the Philippine lawmaker, Ronald dela Rosa, the early architect of Mr. Duterte’s violent war against drugs.

The notice to terminate the Visiting Forces Agreement came as Mr. Duterte was warming up to China while distancing himself from the United States, the Philippines’ former colonial ruler, and alarmed those in his administration who saw the alliance as a cornerstone of Philippine security and a counterweight to China’s growing regional naval might.

Mr. Duterte had been lashing out at the United States, saying that it had always gotten the better of the pact. He also had complained that American troops took their modern weapons with them after the military exercises.

He called the Americans “ill mannered” and cursed Central Intelligence Agency agents who he said may have been bugging his phone.

Mr. Duterte had also dismissed the deterrent effect of American forces against China, with which the Philippines has overlapping territorial claims in the South China Sea. “They do not mean harm,” he said of China and its military, as long as “we do not also do something that is harmful to them.”

Under the Visiting Forces Agreement, Philippine forces have received training from their American counterparts to combat terrorism and drug trafficking. Hundreds of joint exercises are conducted annually.

Jose Antonio Custodio, a military historian at the Institute of Policy, Strategy and Development Studies, a Philippine think tank, said that many of Mr. Duterte’s own allies had not been enthusiastic about ending the treaty, and potentially a military alliance that stretched back to 1951.

Mr. Custodio said that Manila needed the alliance more than the United States did, adding that the economic effects of the coronavirus pandemic would “wallop” the Philippines’ ability to maintain and modernize its armed forces.