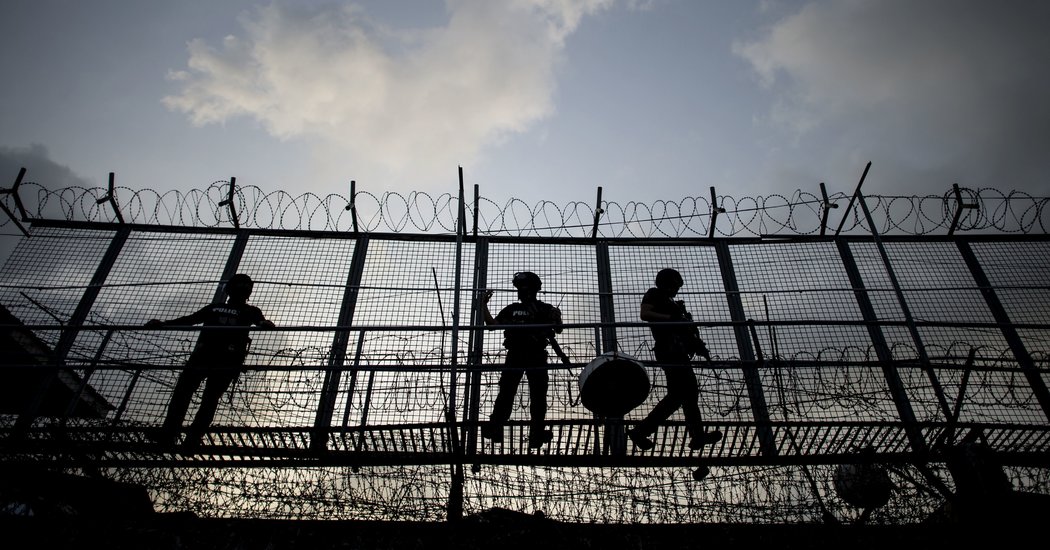 MANILA — A proposed law making its way through the Philippine Congress would consider children as young as 9 criminally responsible for their actions, drawing fierce opposition from rights advocates and opponents of President Rodrigo Duterte’s deadly antidrug campaign.

The justice panel in the House of Representatives hurriedly approved amendments on Monday to the country’s juvenile justice law, which was signed in 2006 and set the minimum age for criminal liability at 15. Mr. Duterte has repeatedly criticized the current law as tying the hands of law enforcement against underage offenders working for drug gangs. The measure still awaits approval by the full House.

Rights groups say Mr. Duterte’s antidrug campaign has been a human rights disaster for the Philippines, with thousands of drug dealers, users and others killed since he came to power in 2016.

Romeo Dongeto, head of the Philippine advocacy group Child Rights Network, said advocates around the world were “shocked and disappointed” by the proposed law, which he called a “stark mockery of the field of child development.”

Mr. Duterte’s allies control both houses of Congress, and the Senate is likely to pass its own version of the bill. Once that happens, “there will surely be grave repercussions for Filipino children,” Mr. Dongeto said in an interview.

“Children may not only be arrested on the spot, but also risk being detained in crowded adult detention centers, even if the bill points to separate child-caring institutions to take them in,” he said.

Philippine jails have become increasingly packed under Mr. Duterte’s antidrug campaign, ranking among the most overcrowded in the world. While the current juvenile justice law mandates that each of the country’s 81 provinces and 33 highly urbanized cities establish centers for underage offenders, the cash-strapped government has set up only about 50, Mr. Dongeto said.

He argued that young offenders often face a more difficult future and have trouble adjusting to the real world, and that lowering the age of criminal liability would only make that worse. Facing a criminal case and going to trial at such a young age “is traumatizing and will scar the child for life,” Mr. Dongeto said.

Salvador Panelo, a spokesman for Mr. Duterte, said the current law gave drug gangs an incentive to use children for criminal activities “because they know the children will be freed.” He said Mr. Duterte wanted to “protect the children” by amending the law.

“Because if you have a law that will criminalize this particular age bracket, then the criminals will not use them,” Mr. Panelo said.

He cited reports by the Philippine National Police and the Philippine Drug Enforcement Agency that drug gangs were using children younger than 15 in their operations. But Mr. Dongeto said government statistics showed that less than 2 percent of all crimes were committed by children.

On Monday, the national police said that from January 2017 to December 2018, more than 1,300 minors had been arrested in connection with illegal drugs. They were mostly used as “drug runners,” or mules, because criminals know that children cannot be prosecuted under present laws, the police said.

Senator Francis Pangilinan, an opposition leader and the author of the current juvenile justice law, said on Tuesday that the majority of children who committed crimes came from poor families and were simply trying to survive. Rather than targeting children, he said, the police should pursue high-level criminals and drug traffickers more effectively.

“An iron fist is not the solution. Jailing our kids and mistreating are not solutions,” said Mr. Pangilinan, who vowed to block the proposed amendments in the Senate. “Go after big crooks, and reform 9-year-olds.”

Senator Grace Poe, who has opposed previous attempts to lower the age for criminal prosecution, agreed.

“By lowering the age of criminality to 9, we will be creating kindergarten prisons, and instead of rehabilitating children, these will become finishing schools for young criminals, their impressionable minds tutored by the best in the trade,” she said in a statement.

The independent Commission on Human Rights has also expressed “strong opposition” to the bill.

“We urge the government to address conditions that push children to such circumstances, rather than placing the burden on a child for failures of institutions meant to protect them,” Jacqueline Ann de Guia, a spokeswoman for the commission, said in an interview.

Ms. de Guia noted that the Philippines is a signatory to the United Nations Convention on the Rights of the Child, which states that imprisonment is to be used “only as a measure of last resort.”

Mr. Panelo, the president’s spokesman, said Mr. Duterte would not interfere with legislators’ work, but that the Senate would probably not take long passing the bill because it had already been approved by the House committee.

“It’s now up to the Senate. That is going to be quick,” he said.