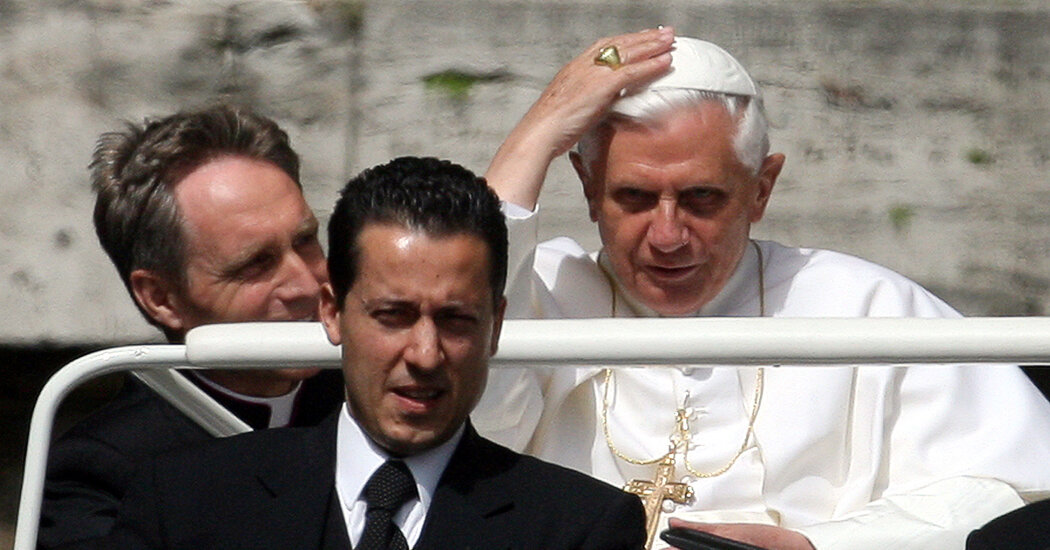 ROME — Paolo Gabriele, who as the butler of Pope Benedict XVI was convicted of leaking internal Vatican documents to the news media in an extraordinary breach of church secrecy — the so-called Vatileaks scandal — died on Tuesday in Rome. He was 54.

The Vatican said his death, in a hospital, came after a long illness. It did not specify the cause.

Mr. Gabriele had been working in the papal household for six years when, as he confessed in 2012, he began stealing confidential documents from the Apostolic Palace, the pope’s ornate residence, and passing them to an Italian journalist, Gianluigi Nuzzi. Mr. Nuzzi, on a television show and in a book, used the documents to expose cronyism and corruption within the secretive Vatican’s walls.

Some letters and memos hinted at power plays among vying factions; others suggested mismanagement in Vatican departments; still others carried allegations of corruption and mishandling of finances in the Holy See. Together the files depicted a divided institution and offered a grim view of Vatican politics.

Mr. Gabriele was arrested two weeks after Mr. Nuzzi’s book, “His Holiness: The Secret Papers of Pope Benedict XVI,” was published. Hundreds of photocopied documents were found in Mr. Gabriele’s apartment inside Vatican City. He spent almost two months in a holding cell at the Vatican before being released to house arrest.

Mr. Gabriele admitted that he had stolen the documents in the belief that Benedict was not aware of what was happening around him. During his trial in a Vatican court, he said he had thought that making the files public would provide “a shock, perhaps through the media,” that could “bring the church back on the right track.”

He testified that Benedict would often ask him questions on specific topics and that the nature of the questions indicated to him that the pope was uninformed or misinformed. He was convinced, he said, that the Holy Spirit had guided him in the thefts, which went on for many months.

“Seeing evil and corruption everywhere in the church, I finally reached a point of degeneration, a point of no return, and could no longer control myself,” he said.

In October 2012, Mr. Gabriele was sentenced to 18 months in prison on charges of theft and divulging classified documents. The court took into account that Mr. Gabriele believed, “albeit erroneously,” that his motivations for leaking the documents had been pure.

Benedict, as expected, pardoned him a few weeks later, in time for Mr. Gabriele to spend Christmas with his wife and three children, who survive him.

A few months later, Benedict, at 85, became the first pope in modern history to resign.

Some Vatican watchers believed that Mr. Gabriele was a scapegoat for others who had been behind the leaks but whose identities were never discovered.

Paolo Gabriele grew up in Rome, where he studied fine arts in high school. Before becoming the pope’s butler, he worked for years at the Secretariat of State, the department that governs the small city-state that is the Vatican.

After his pardon, he worked for an association that supports the families of patients at the Vatican-owned pediatric hospital Bambino Gesu in Rome.

The Rev. Federico Lombardi, who had been Benedict’s spokesman, told the Italian news agency Adnkronos after Mr. Gabriele’s death that he had had a “good relationship” with him, though a “superficial” one.

“What happened remained a mystery to me,” Father Lombardi said. “I couldn’t see how to justify that delivery of documents — extremely grave.”

He recalled that Benedict had wanted a trial even though Mr. Gabriele had confessed.

“He had wanted a trial to try to establish the truth of the facts and justice with a fair sentence,” he said. “But the pope never wished any suffering on people. Neither Paolo Gabriele nor his family.”