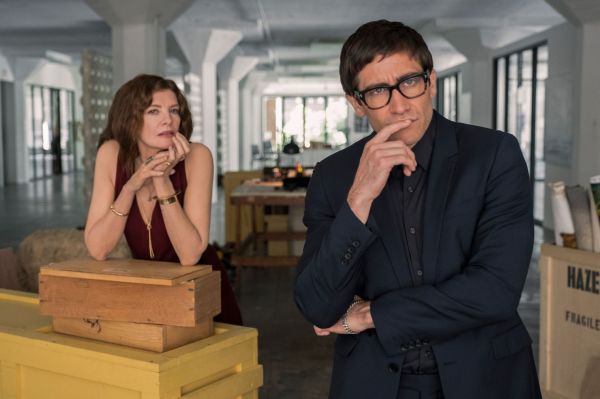 While “Nightcrawler” wasn’t perfect, it was tense and unsettling, filled with eerily beautiful shots of nighttime L.A., plus a career-best performance from Gyllenhaal. It’s hard to believe that the same team was responsible for the muddled “Buzzsaw,” a film that tries to combine art-world satire and horror movies scares, ultimately failing on both counts.

The setup involves the death of a mysterious artist, leaving behind a trove of strangely compelling paintings. Soon, though, everyone involved in promoting or selling these paintings starts dying too.

On the latest episode of the Original Content podcast, we’re joined by Jon Shieber to try to understand what went wrong here. The movie isn’t particularly funny or scary — instead, we’re stuck with obvious jabs at the hypocrisy of the art world, interrupted by boring, unimaginative death scenes. And while Gyllenhaal is trying something in his portrayal of pompous art critic Morf Vandewalt, the results are more head-scratching than compelling.

This episode isn’t just one long pan, though. We also offer our (considerably more positive) impressions of the Netflix series “Russian Doll,” which stars co-creator Natasha Lyonne as a New Yorker who keeps dying and repeating the night of her 36th birthday. And we discuss Super Bowl streaming numbers and new details about Disney’s streaming service.

You can listen in the player below, subscribe using Apple Podcasts or find us in your podcast player of choice. If you like the show, please let us know by leaving a review on Apple. You also can send us feedback directly. (Or suggest shows and movies for us to review!)