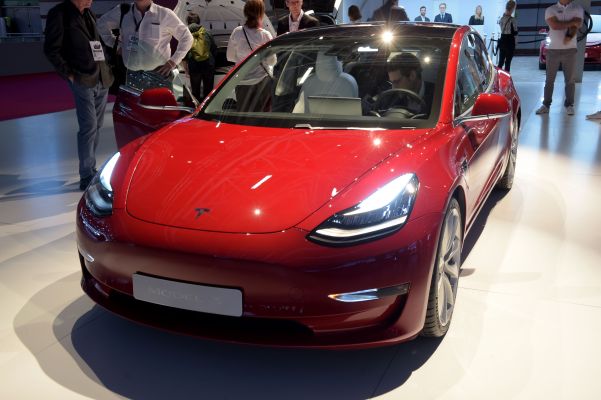 Baillie Gifford & Co., the second-biggest shareholder of Tesla stock, has increased its stake in the electric automaker and energy storage company.

A regulator filing posted Friday shows Baillie increased its stake in Tesla from 7.64 percent at the end of the third quarter to 7.71 percent at the end of the fourth quarter. That doesn’t sound like much, but it translates into Baillie purchasing nearly 109,000 Tesla shares in the fourth quarter. That pencils out to a ballpark of $32 million worth of shares, if based on Friday’s price alone. CNBC was the first to report the filing.

The U.K.-based investment management firm Baillie now owns 13.2 million shares of Tesla stock, according to the regulator filing. That translates to more than $4 billion worth of Tesla, based on the latest share price of $304.26.

The company managed to string together two profitable periods in a row thanks to sales of the Model 3 and despite several headwinds in the fourth quarter, including a non-cash charge of $54 million attributable to non-controlling interests, higher import duties on components from China, a price reduction for Model S and Model X in China and the introduction of a lower-priced mid-range version of Model 3.

Baillie Gifford is the largest outside shareholder of Tesla stock. CEO Elon Musk, Tesla’s largest shareholder, owns about 20 percent of the company.

Baillie appears to be increasingly interested in electric vehicles. In October, the company took a stake in Nio, the Chinese electric vehicle automaker that recently became a publicly traded company.

Baillie Gifford now owns an 11.44 percent stake in Nio, according to a regulatory filing. The company disclosed that it had purchased 85.3 million shares.