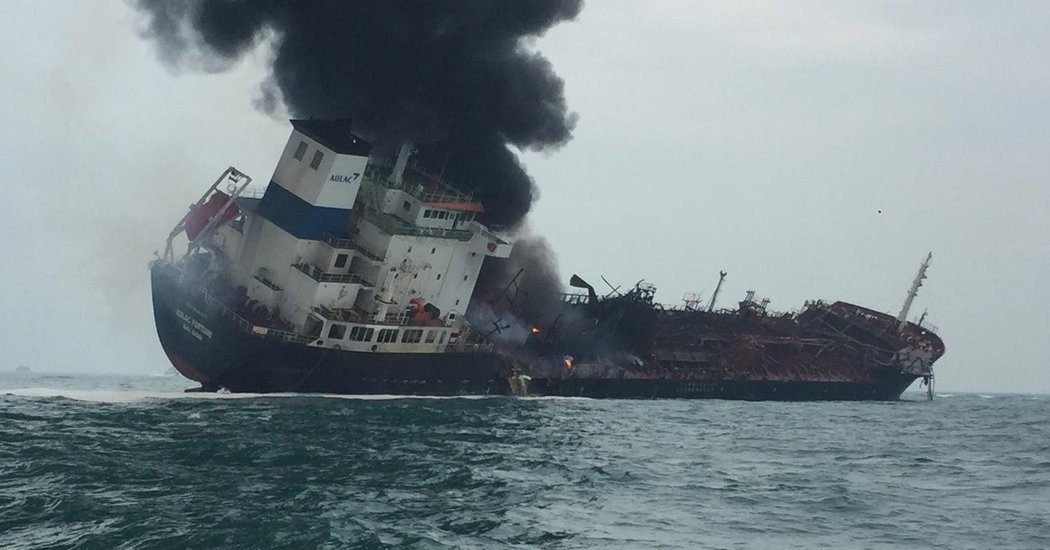 HONG KONG — An oil tanker caught fire in Hong Kong on Tuesday morning, leaving one man dead and rescuers scrambling to find two other crew members who were missing. At least 23 others were rescued.

A police spokeswoman said there were 26 men on board the tanker when the blaze erupted, most of whom were retrieved from the sea off the coast of Lamma Island. Rescue efforts were continuing into the afternoon.

A photo posted on the Hong Kong police’s Facebook page showed a thick black cloud shrouding the ship, the Aulac Fortune, which is registered in Vietnam.

Residents from other outlying islands reportedly felt windows shake and heard a loud boom when the tanker went up in flames.

Lamma Island is a residential island two miles off the coast of Hong Kong Island, although the accident happened on the opposite side of Lamma.

The accident happened a day after the tanker left the southern Chinese city of Dongguan in the heart of the Pearl River Delta.