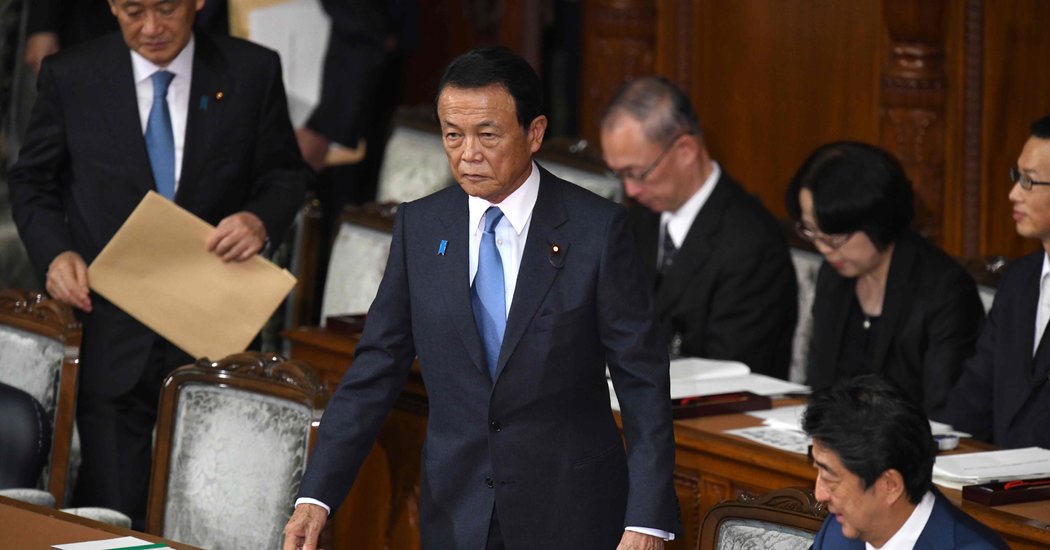 Japan’s finance minister apologized on Tuesday for saying that childless people were to blame for the country’s declining population and rising social security costs.

The minister, Taro Aso, had said on Sunday that Japan’s national health insurance system helped to extend the longevity of Japanese people.

“Some people blame the elderly,” a demographic with high medical expenses, for the rise in social security costs, he added. “But it’s wrong. It’s more problematic that people did not have enough babies.”

On Tuesday — after lawmakers in the country’s Parliament demanded that he retract his remarks — Mr. Aso said he was sorry if some people found them “unpleasant.”

Mr. Aso’s remarks on Sunday about people not having enough babies were made during a speech that covered birthrates, aging, health insurance and the retirement age, among other topics. He said that while he retracted them, he also felt they had been taken out of context by the news media.

Mr. Aso, 78, is among a group of conservative lawmakers in Prime Minister Shinzo Abe’s government who sometimes blame women with no children for the country’s demographic challenges.

Deaths have outpaced births for several years in Japan, and the country’s population shrank by close to a million from 2010 to 2015. Fewer births mean there will be fewer workers to support a growing cohort of retirees, a trend that strains pension and health care systems.

Mr. Abe boasted in January that 67 percent of women were working in Japan, an all-time high. But many of them are stuck in limited roles in the workplace.

In Japan, women shoulder most of the child rearing, while men work extraordinarily long hours in paid employment. Those factors keep women from advancing into higher-paid jobs, and holds back the economy at a time when Japanese employers are struggling with a severe labor shortage.