Numbers Are In for ‘Marvelous Mrs. Maisel,’ Courtesy of Nielsen 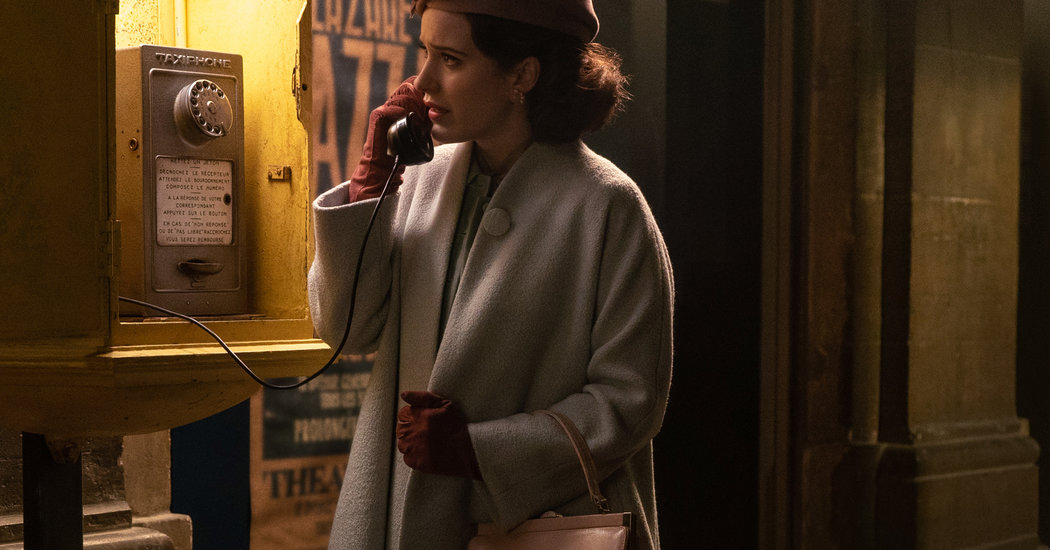 But, as with most streaming shows, no one knows how broadly popular it is.

Now there is some semblance of an answer: fairly popular, at least by the standards of cable television comedies. Also, most of its viewers live on the coasts.

The insights come courtesy of Nielsen, the 96-year-old company that has only recently started tracking streaming viewership. This is the first time it has released numbers for an Amazon series.

The second season of “The Marvelous Mrs. Maisel” averaged 1.9 million viewers during its first seven days on the service, according to Nielsen. The first episode had an average audience of 3.3 million viewers over that week, Nielsen said.

Those numbers suggest the show would perform well among the more popular comedies on cable. The FX critical darling “Atlanta” averaged 1.5 million viewers over seven days for its most recent season, while “The Last O.G.,” the TBS series starring Tracy Morgan, had two million. (Both series have many more viewers on average when digital viewing is factored in.) There are many cable dramas that have a much bigger audience.

Nielsen has spent the last few years trying to find a method to measure viewership for streaming services. The step is a critical one for the research company, which is facing something of an existential threat as people increasingly abandon the bread-and-butter viewership habits that Nielsen has long tracked.

Over the last 15 months, Nielsen has publicly released occasional viewership statistics for Netflix series. It also releases more extensive numbers to media companies that pay for the service.

There are several caveats to Nielsen’s streaming numbers. It measures only in the United States, and it uses audio recognition software to discern if a Nielsen household is watching a series. The service does not track out-of-home viewing that might be done on a laptop, a phone or an iPad.

Amazon said last year that it had more than 100 million global subscribers.

Netflix has rejected Nielsen’s numbers in the past. Amazon declined to comment for this article.

In a statement, Brian Fuhrer, Nielsen’s senior vice president of product leadership, said the company released streaming figures that “might be engaging and topical for a broader audience.”

But the disclosure has come when Netflix is finally starting to disclose some statistics on its own. It declared two new shows, “You” and “Sex Education,” “huge hits,” saying each was on track to be sampled by 40 million households within four weeks of becoming available. Several television executives privately groused that those numbers were meaningless.

Many television executives are hopeful that a reliable third-party tracking service will eventually become available. Nielsen is trying to prove it is in the pole position.

According to Nielsen, “The Marvelous Mrs. Maisel” was more popular than the final season of Netflix’s “House of Cards,” which debuted in November. That had an average of 1.5 million viewers over its first seven days, with the season premiere watched by 2.9 million.

“The Marvelous Mrs. Maisel,” about a 1950s New York housewife turned comedian, is particularly popular among wealthier viewers, Nielsen said. The median income of a household watching the series is $95,000 — higher than for any other streaming show for which Nielsen has released statistics, including “The Crown,” “13 Reasons Why” and “Stranger Things.”

Nielsen also said “The Marvelous Mrs. Maisel” was overwhelmingly popular on the coasts, with 51 percent of its viewers in the Northeast and in Pacific territories.

Nielsen has not yet released figures for other stand-alone services like Hulu, which streams “The Handmaid’s Tale,” or CBS All Access, which has “The Good Fight.”