PARIS — The architect who oversaw the design of the fire safety system at Notre-Dame acknowledged that officials had misjudged how quickly a flame would ignite and spread through the cathedral, resulting in a much more devastating blaze than they had anticipated.

The system was based on the assumption that if the cathedral ever caught fire, the ancient oak timbers in the attic would burn slowly, leaving ample time to fight the flames, said Benjamin Mouton, the architect who oversaw the fire protections.

Unlike at sensitive sites in the United States, the fire alarms in Notre-Dame did not notify fire dispatchers right away. Instead, a guard at the cathedral first had to climb a steep set of stairs to the attic — a trip Mr. Mouton said would take a “fit” person six minutes.

Only after a blaze was discovered could the fire department be notified and deployed. That means even a flawless response had a built-in delay of about 20 minutes — from the moment the alarm sounded until firefighters could arrive and climb to the attic with hundreds of pounds of hoses and equipment to begin battling a fire.

Those delays turned out to be devastating.

[A guide to The Times’s coverage, from the first moments to the investigation.]

“I was stunned by the speed with which the oak in Notre-Dame burned,” Mr. Mouton said. “Oak that old can’t burn like a match. It’s absolutely incomprehensible.”

But fire safety experts said that Mr. Mouton and his team underestimated the risk — and that the fire response they designed was far too slow to fight a blaze in time.

“It doesn’t make any sense,” said Jonathan Barnett, a fire safety authority at Basic Expert in Australia. “Twenty minutes is a huge delay before you get people involved. Once that heavy timber starts to burn, you can’t put it out. So I have no idea why they built in this delay.” 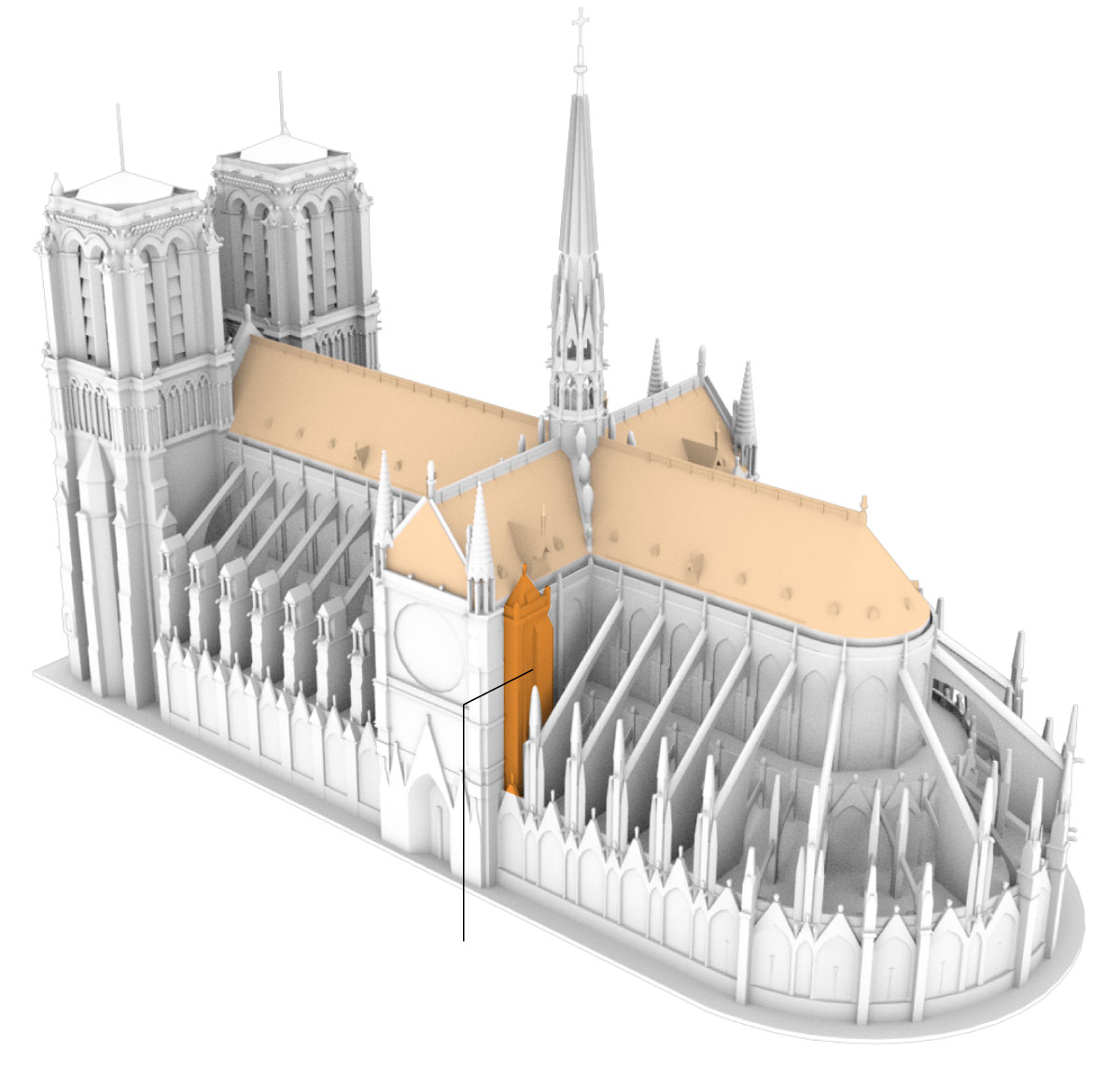 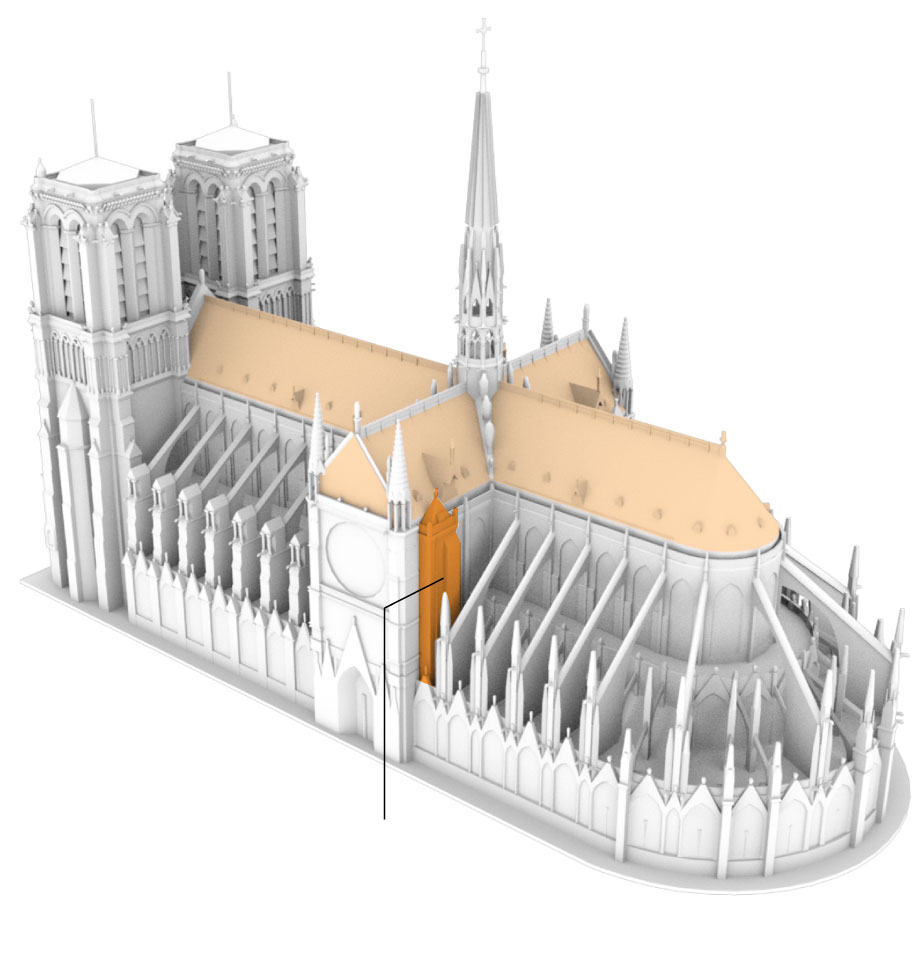 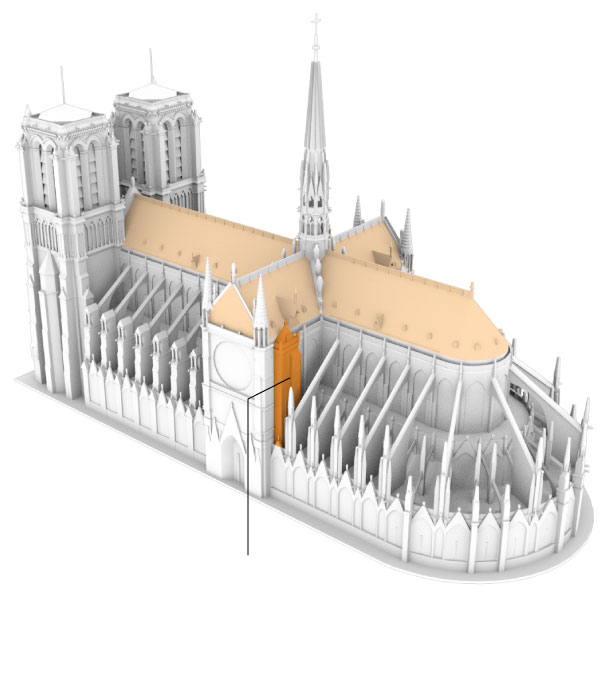 Once lit, he said, “It is like throwing a match in a matchbox, it’s impossible to put out.”

For him the surprise was not that Notre-Dame burned this week, but “that it didn’t burn before.”

Mr. Mouton and his team were not solely responsible for all the decisions made to secure a monument as precious as Notre-Dame. At a minimum, their plans required approval up the chain at the Culture Ministry.

Charlotte Hubert, who presides at the same group of chief architects in charge of historical monuments that Mr. Mouton belongs to, underscored that security at such buildings was tightly regulated.

“The chief architect isn’t handed the keys and left to do exactly as he wants,” Ms. Hubert said.

Still, fire experts said that two of the top officials on the project, Mr. Mouton and a former firefighter, Lt. Col. Régis Prunet, appeared to have miscalculated what was needed to protect such an unusual, complex and irreplaceable building from a fire.

Scientists consulted by The New York Times said fire dynamics indicated that, while the dense timbers may take time to burn completely, a fire would naturally race across the original timbers at Notre-Dame. It was a mistake to assume otherwise, they said.

Mr. Mouton was the architect in charge of Notre-Dame between 2000 and 2013, and in that position he oversaw a revamp of fire safety.

“The issue of fire safety was brought up as soon as I arrived,” he said. “I managed the issue from beginning to end.”

Mr. Prunet, the former firefighter, became fire safety adviser at the Culture Ministry and worked with Mr. Mouton and his team.

The two men faced a monumental task. There was no proper fire protection plan in place, not even a plan to evacuate tourists or worshipers in case of a blaze, Mr. Prunet said in a separate interview. It was a miracle that nothing had happened before, he said, and “a great irony” that it should happen so soon after a plan was put in place.

Both Mr. Mouton and Mr. Prunet said they had been given a free hand to design the most effective fire protection system. Money was not an issue.

When the budget came in higher than expected, the authorities found the money and merely stretched the number of years to put the plan in place, to four from two, Mr. Mouton said.

“The project was not downsized because of financial considerations, I can absolutely guarantee that,” he said.

But even if no cost was spared, there was also a conservative approach to preserving the historic wooden structure in its unadulterated form. The designers were determined not to alter the attic with protective measures like sprinklers or fire walls.

A willingness to sacrifice its pristine state for a compromise between what was possible 850 years ago and what is sensible today could have saved the spire, experts said.

Firewall technology was used elsewhere in the cathedral — but not in the attic. Mr. Prunet said the scale and complexity of the attic structure at Notre-Dame was of a different order.

“In Notre-Dame it was very complicated because the oak beams were entangled with each other in what we call the forest,” Mr. Prunet said.

But the main reason to opt against fire walls, Mr. Mouton said, was because it risked “mutilating” the structure.

“It’s true,” he said, that the idea had been floated at the time, “but it was discarded.”

“It changes the appearance but also the elements, because to put up a partition you need to cut the wood. It’s mutilating,” Mr. Mouton said.

Mr. Prunet added that sprinklers were not added because they would “drown the whole structure.”

Instead, they said, the team had banked on prevention and detection. This was a conscious choice.

Two guards were on site to monitor the delicate roof structure, day and night, like a bank vault. The cathedral was covered in smoke and heat sensors. Three times a day someone went up to check that the system was working.

Mr. Mouton said he performed a trial of the time it took for a guard to investigate an alert, racing one of his guards to the top of the attic.

‘‘It does take a certain amount of time, including for someone who is very fit,” he said. “That solution seemed reasonable to me, considering that it’s old oak and doesn’t burn like that.”

Beyond that assumption, the alert system appears to have been flawed, too, beginning with the response to the first alarm at 6:20 p.m.

The guard, seeing no obvious fire, gave the all-clear and came down.

But when an alarm goes off, it is imperative to identify which alarm it was — and why — including whether a malfunction or an insect crawled into the apparatus, said Glenn Corbett, an associate professor of fire science at John Jay College of Criminal Justice in New York City.

“There wasn’t an adequate investigation of that first alarm,” Mr. Corbett said. “That was probably the biggest mistake they made.”

At that point, presumably, a smoldering fire somewhere in the attic had begun to spread, though how the fire started has yet to be determined.

Fire safety experts struggled to understand how Mr. Mouton came to believe that fire would spread slowly in old hardwood.

Mr. Corbett said that in long-discredited lore, fires in heavy timber buildings dating to the 19th century were sometimes referred to as “slow burning.”

Mr. Barnett, the Australian expert, underscored that the time it takes a fire to burn a piece of thick timber completely is entirely different from calculating how quickly a fire will spread.

By the time the second alarm sounded at 6:43 p.m. and a guard climbed the stairs again, the fire was already a conflagration.

The call finally went to the fire brigade at 6:51 p.m.

“We could have avoided all this with a modern detection system,” said Guillaume Poitrinal, president of Fondation du Patrimoine, an organization that promotes French architectural heritage.

The early detection technology was an aspirating smoke detection system provided by Siemens in 2013, but the company said it had not been given a service contract and could not speak to possible operational questions.

“There can be false alarms, that’s why the firefighters ask that someone go check,” said Gabriel Plus, the spokesman. He called this “removal of doubt.”

But outside experts suggested that in the case of Notre-Dame, the choices in the fire safety design did not leave enough time for that.

There would have been one other solution: A permanent presence of firefighters on site. Buildings that run “a significant risk” in case of a fire, Mr. Plus said, sometimes get such a presence, among them the Louvre, the Paris court, the National Assembly and the National Library.

Notre Dame, he said, was not in this category.

Mr. Mouton acknowledged that firefighters on standby would have been the only reliable way to ensure against fire damage, but he said this would not have been justified when “there are fires going off everywhere in Paris and in the suburbs.”

Some risk had to be accepted, he said. “All things are relative.”

“I am very troubled by what has happened,” Mr. Mouton said.

Would he design the system differently today, knowing what he knows now?

“Of course it’s the first minutes that count,” he said, pausing. Then he added: “After the fact, one is always wrong and could have done better.”