Not Male or Female? Germans Can Now Choose ‘Diverse’ 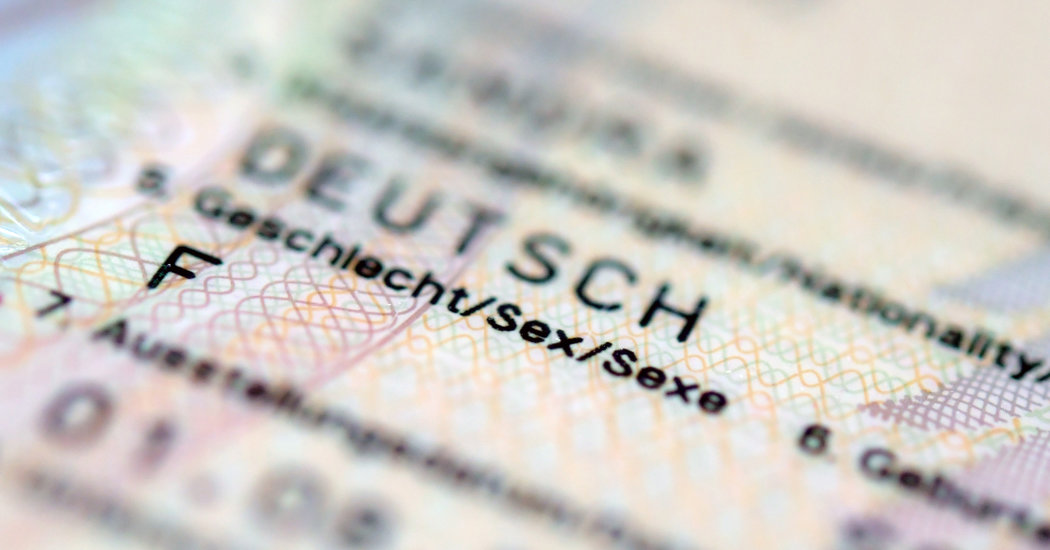 BERLIN — Germans will now be able to choose “diverse” as an option for gender on birth certificates and other legal records, after the country’s Parliament passed a measure introducing the third category on Friday, in a milestone for people who do not identify as either male or female.

The change came more than a year after Germany’s highest court ruled that binary gender designations were discriminatory and in violation of guarantees of personal freedom. The court ordered legislators to change the law to include a third category or do away with gender classification altogether.

Under the new law, adults must produce a doctor’s statement or other medical certification confirming their gender fluidity in order to change their existing designation to the new option.

That condition met with criticism from groups representing lesbian, gay, bisexual and transgender Germans. They argued against relying on medical certification to establish gender, saying physical indicators are not the sole determinant.

“If people feel seriously and sustainably not male or female, the law must allow them to legally register their status as they define it,” Germany’s Association of Lesbians and Gays said. It called on legislators “to make the category ‘diverse’ open to all individuals who need it and want it,” without requiring medical certification.

The new measure reflects shifts in society that increasingly recognize gender as not necessarily fixed at birth.

According to Lambda Legal, an American organization, Argentina set an international standard in 2012 with a comprehensive transgender rights law that allows a person to fill out a form to change an official name and gender designation without approval from a judge or doctor. It is one of at least eight countries that recognize more than two genders on legal documents, Lambda said.

Lawmakers from the far-right party Alternative for Germany, or AfD, opposed the bill, arguing that gender was rigid and indisputable. “Gender designation has been an objective fact since the beginning of humanity, just like age and body shape,” said Beatrix von Storch, a leading lawmaker from the party, the strongest opposition force in the German Parliament.

In 2013, Germany became the first European country to allow parents to register newborns as neither female nor male if a child was born with characteristics of both sexes. Parents may still leave gender designation blank under the new measure.

The court case that set the latest change in motion was brought by a German citizen born in 1989. The plaintiff, identified only as Vanja in court records, brought the case after efforts to change her designation from “female” to “inter/diverse” were rejected. The registrar had argued that such a designation was not recognized by law.

Vanja, backed by Third Option, an advocacy group that supports gender-fluid people, sued the government, arguing that sexual identity is a personal freedom and that requiring a person to register unwillingly as either male or female violates that guarantee. The legal battle lasted four years, landing before Germany’s constitutional court in November 2017.

Vanja said Friday in a statement, “It is a great feeling that it is now officially recognized that there is more than just ‘men’ and ‘women,’ even if it is a pity that of all things, medicine, which was so involved in making intersex people invisible, should now decide who should be allowed to choose a third option.”