No, Trump Didn’t Say “Good” In Response To A Question About Kids Separated From Their Parents At The Border 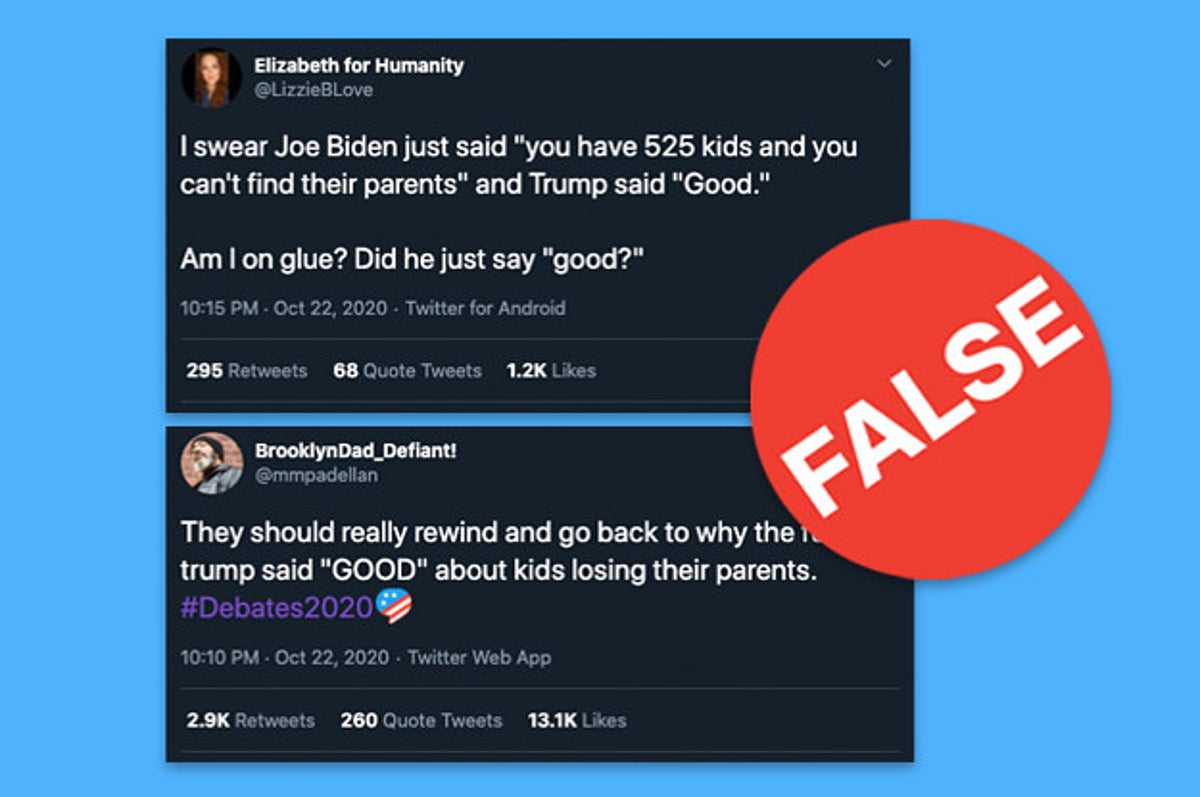 President Donald Trump did not respond with the word “good” following a comment from Democratic nominee Joe Biden about children separated from their parents at the border.

The exchange happened near the end of the segment on immigration, during which the two presidential candidates argued about children who were separated from their parents at the border.

According to the ACLU, the Trump administration hasn’t been able to find the families of 545 children separated from their parents. Biden brought up that statistics — and misstated the number — just as the segment was ending.

“Let’s move on to the next section,” said debate moderator Kristen Welker.

“And you have 525 kids not knowing where in God’s name they’re going to be and lost their parents,” said Biden.

Trump then pointed to Welker, who was trying to interject, and said, “Go ahead.”

Many people who watched the debate misinterpreted what the president was saying, falsely claiming that his response was “good” instead of “go ahead.” But a replay of the moment clearly shows Trump said “go ahead” to Welker.

The ACLU said this week they haven’t been able to find the parents of 545 children separated from their parents under the Trump administration.