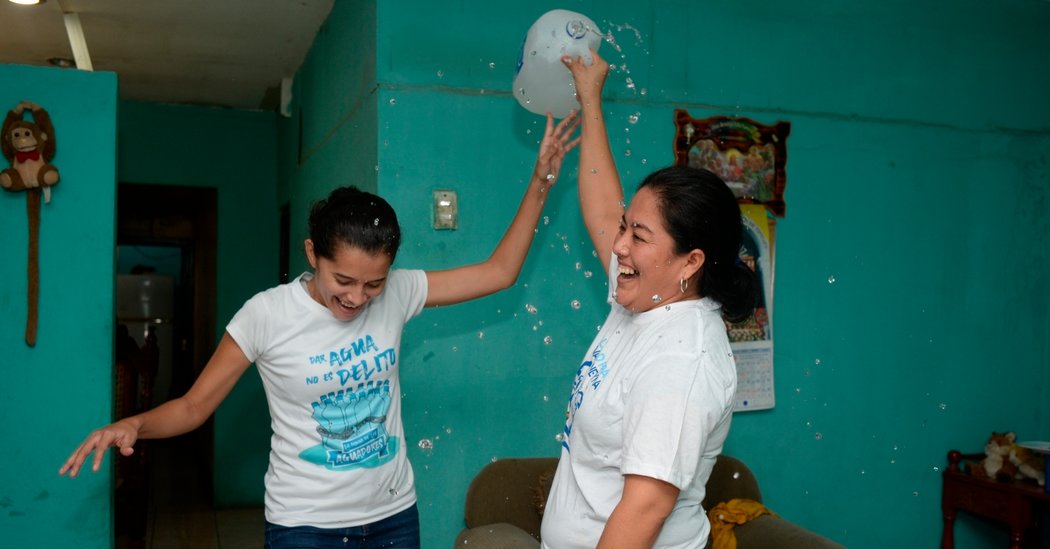 But then he saw other political prisoners being moved about and spiffed up. “They were giving everyone new pants, shirts, cutting their hair,” he said.

Then Mr. Merlo saw representatives of the Roman Catholic Church and the Red Cross and realized that the moment he had been awaiting for 14 months had finally arrived: He and dozens of other political prisoners in Nicaragua were being freed after months of international clamor.

Their sudden release on Monday came after the United States government strengthened sanctions against the authoritarian government of Daniel Ortega, tightening a financial noose around a regime that has been condemned around the world for its crackdown on dissent.

Mr. Merlo’s mother, Diana Lacayo, was among nine women who went on a hunger strike last month to demand their loved ones’ freedom.

The women took refuge in a Catholic church, but their protest quickly went awry when the government cut off its power and water and surrounded the building with police officers. The women and several supporters were trapped for nine days as their supplies dwindled.

A group of people who took them water were arrested and charged with trafficking weapons. Known as the “aguadores,” they were also released Monday.

Brenda Gutiérrez, who runs a support group for the families, said 65 of Nicaragua’s 148 political prisoners had been released by late morning. Many of them had been accused of crimes such as arms trafficking, drug trafficking and robbery after participating in a large-scale uprising last year.

It was unclear whether more people would be released as the day went on, she said.

The government issued a statement saying that 91 people were being released as a gesture of national reconciliation. But it suggested that their sentences were being converted to a form of house arrest, as opposed to the charges’ being dropped all together.

Protests erupted in Nicaragua in April 2018, initially over cuts to social security. When government supporters attacked elderly demonstrators, students around the nation hit the streets in protest. Soon, hundreds of thousands of protesters were holding rallies, blocking traffic and taking over universities.

The focus of the protests soon moved beyond social security to the broader issue of democracy. Mr. Ortega, the president, and his wife, Vice President Rosario Murillo, are accused of running a draconian government that has cheated in elections. The government has done away with the opposition, eliminated term limits and cracked down harshly on dissent.

Protesters have demanded their ouster.

Hundreds of people died in the months of protests, including 22 police officers. The government unleashed broad police actions to topple road blocks and take back universities. More than 500 people were jailed.

Opposition activists in the country rarely dare to protest publicly.

“This is a great day for Nicaragua, because it proves what we had been saying all along: There are political prisoners in Nicaragua,” said Martha Alvarado, whose 30-year-old son, Melkissedex A. López Ferrey, was also released from prison. “We never lost faith, and we are not giving up until everyone is free.”