New iPad mini and entry-level iPad are around the corner 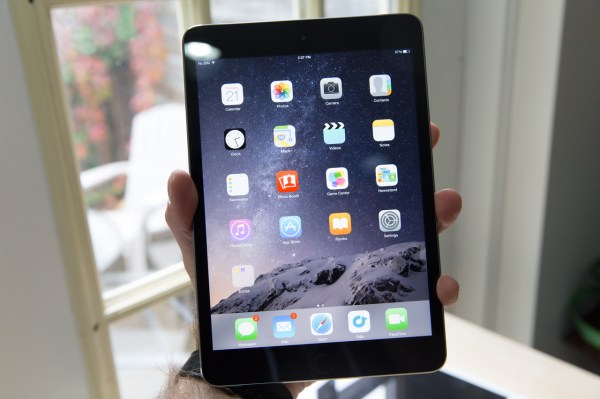 Apple has registered new iPad models in the Eurasian Economic Commission reference database. The Moscow-based commission keeps a product database pretty much like the FCC in the U.S. And it sounds like Apple is about to launch a new iPad mini 5 and an updated entry-level iPad.

That database has shown information on new Apple products in the past — MySmartPrice first discovered today’s new filings. There are two different filings that both mention new tablets that run iOS 12.

It lines up with previous rumors that mentioned a new iPad mini and a new cheap iPad for early 2019. Ming-Chi Kuo expects an updated iPad mini with a 7.9-inch display. The device hasn’t been updated for years and many believed that Apple would stop updating it. But if you still like that form factor, Apple may have something new for you.

When it comes to the normal-size iPad, Apple last updated the 9.7-inch iPad in March 2018. While all eyes are on the iPad Pro, many people are still looking for the cheapest iPad they can get. And the $329 9.7-inch iPad is a good deal. Apple usually updates that model every year.

Today’s filings don’t say what those devices will look like, unfortunately. It’s unclear if Apple is going to reduce the bezels of those devices, add a Face ID sensor or switch to USB-C.