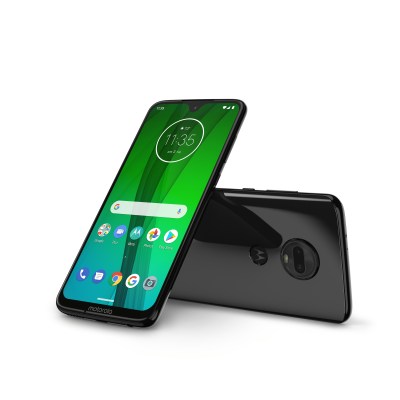 Weeks of leaks haven’t left much to the imagination. But for those waiting for the real thing, the latest iteration of Motorola’s budget G line just became officially official as of this morning — and with a few weeks to spare ahead of Mobile World Congress. Of course, the Moto G7 line isn’t really aimed at the MWC crowd.

That show tends to be far more focused on premium flagships, while, as Motorola put it to me ahead of launch, this line is for “people who say, ‘I don’t need all this phone.’” In other words, people who don’t want to spend $1,000+ for a flagship. As such, the line starts at $199, putting it in line with earlier models.

As ever, the line will be available in three somewhat convoluted models. There’s the G7, the G7 Play, G7 Power and G7 Plus. The Plus, which brings a number of camera effects that have trickled down from the Moto Z line, won’t be available here in the States. It is, however, available today in Brazil and Mexico and will be rolling out in Europe, Australia and other parts of Latin American, packing a 16-megapixel dual camera, OIS and “auto-smile” image capture.

As for the base-level G7, that sports a 6.2-inch display, 12-megapixel dual cameras and a beefy 5,000 mAh battery, coupled with a middling Snapdragon 632. That, too, is already available in Brazil and Mexico, priced at $299. For $249 you can get the G7 Power, which has the same screen and battery, but drops the dual cameras.

Cheapest of all is the $199 Moto G7 Play. That shrinks the screen down to 5.7 inches and pops a single 13-megapixel camera on back. The G7, G7 Play and G7 Power will be available in the States this spring.