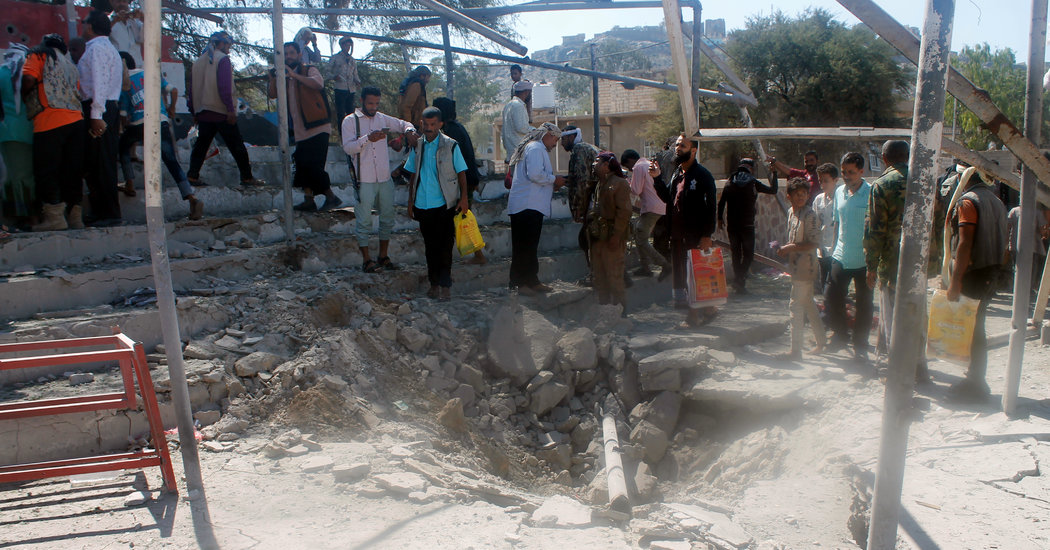 SANA, Yemen — A ballistic missile ripped through a military parade for a separatist group in southern Yemen backed by the United Arab Emirates, killing at least six troops and four children, a spokesman for the group said on Sunday.

The spokesman, Maged al-Shoebi, blamed Houthi rebels for the attack. The rebel group did not immediately comment.

The explosion took place at the end of a parade for new recruits to the separatist militia, known as the Resistance Forces, at a soccer field in the capital of Dhale Province, Mr. al-Shoebi said.

The group is part of the Southern Transitional Council, which seeks the return of the independent state that existed in southern Yemen until 1990.

The council is an ally of the Saudi-led coalition that has been fighting the Houthi rebels in the country’s protracted civil war. But the separatist group is currently at odds with Yemen’s internationally recognized government, which is more closely allied with Saudi Arabia, and cracks in the anti-Houthi bloc have widened over the past several months.

Video and photographs of Sunday’s attack that circulated online showed a hole in a stage at the edge of the field, apparently from an explosion, while other footage showed dead bodies on the ground.

At least 21 people, including civilians, were wounded, Mr. al-Shoebi said.

The Houthis have been trying to wrest Dhale Province from the southern separatists for years, but without much success.

The conflict in Yemen began with the 2014 takeover of the capital, Sana, by the Houthi rebels. They drove out the government of President Abdu Rabbu Mansour Hadi, forcing him to flee to the south and eventually to Saudi Arabia, which entered the war in 2015.

The fighting in the Arab world’s poorest country has killed over 100,000 people and left millions suffering from shortages of food and medicine. The conflict has also pushed the country to the brink of famine.