Mexico Moves to Encourage Caravan Migrants to Stay and Work

CIUDAD HIDALGO, Mexico — Mexico’s new president has moved decisively to encourage migrants fleeing poverty and violence in Central America to stay and work in Mexico, making it easier for them to get visas and work permits and promoting investments and ambitious public works projects to create jobs.

President Andrés Manuel López Obrador’s policies are already proving to be a magnet for migrants, who are finding it harder to enter the United States given President Trump’s antipathy toward immigration. A migrant caravan heading to Mexico from Central America — the largest ever — has already swollen to over 12,000 people, with many saying they intend to remain in Mexico, at least for the time being.

Mr. López Obrador’s pro-immigrant stance also serves as a dramatic counterpoint to the White House, without directly challenging Mr. Trump. But these policies could ultimately put pressure on the Mexico-United States border, as most in the caravan eventually hope to cross into the United States.

Many in the caravan said they decided to migrate after a decision by the Mexican government to drastically speed up the process for securing a yearlong humanitarian visa that allows migrants to legally travel and work in Mexico.

“The humanitarian visa that they’re giving now is the reason we are here,” said Carlos del Valle, a Guatemalan teacher who was standing in line with his family this week to apply for the visa on the bridge connecting Guatemala with Mexico.

“Later, if possible, we can get to the United States,” he said.

Under the streamlined process, which began last week, the government is seeking to issue the humanitarian visa in an average of five days rather than a month. Migration officials said the policy would be permanent.

The initiative, officials say, is part of the president’s strategy to make Mexico’s immigration policy more humane, after years of stepped-up deportations under pressure from the United States. But it could also draw even more migrants to trek north to the border with the United States, inflaming tensions with a Trump administration determined to build a border wall and lower immigration numbers.

On Thursday, the Trump administration said it would institute a new policy to return most asylum-seekers to Mexico if they had arrived at the southwest border by land. Under the policy, which is intended to discourage Central Americans from migrating to the United States and to ease pressure on the asylum system, the petitioners would be required to remain in Mexico while they await the outcome of their cases.

The current migrant caravan left San Pedro Sula in Honduras on Jan. 14 and, in the following days, began arriving at the Guatemala-Mexico border. Mexican officials encouraged the migrants to apply for the humanitarian visa, and since then over 12,000 people, mostly Hondurans, have done so in this border town in southern Mexico.

But while some in the caravan say they intend to remain in Mexico and avail themselves of government-sponsored jobs programs, many plan to use the visas as safe-passage permits to ease their journey to Mexico’s northern border, where they hope to figure out a way to cross into the United States.

Mr. Trump has excoriated the governments of Central America and Mexico for, he says, not doing enough to stop the caravans. He has portrayed the migrants as invaders threatening Americans’ security and jobs.

Mr. Trump’s demand that Congress approve funding for a wall across the border resulted in a weekslong stalemate with Democrats and a partial shutdown of the American government that ended, at least for now, on Friday. To bolster his case, he has recently taken to Twitter to warn about the current caravan.

“Mexico is doing NOTHING to stop the Caravan which is now fully formed and heading to the United States,” he wrote on Saturday. 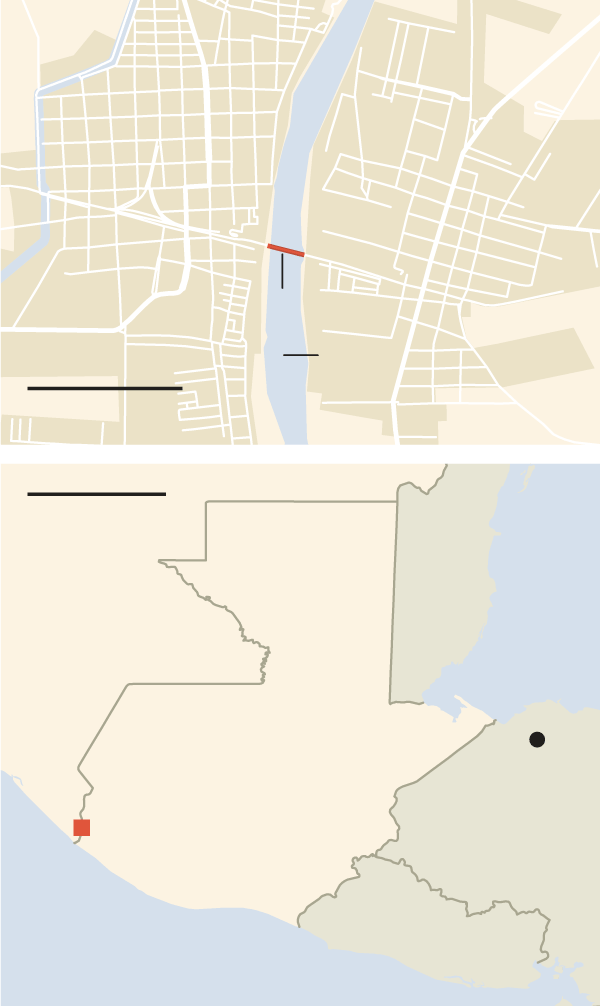 In an earlier tweet, he said: “Another big Caravan heading our way. Very hard to stop without a Wall!”

The Mexican government initially said it was speeding up the application process for humanitarian visas as an “exception” for the current migrant caravan only. But on Thursday, a spokeswoman with Mexico’s national migration agency said the expedited process would be permanent.

“This is like a light in the road for migrants because they know they can enter Mexico without difficulty,” said Karen Valladares, director of the National Forum for Migration in Honduras, an advocacy group. “Now we’re seeing a different Mexico, a Mexico that opens its borders, a Mexico that is providing opportunities, a Mexico that is giving — one way or another — hope.”

The government’s motives, however, are not just humanitarian. The Mexican government has said it has a labor shortage and is trying to fill tens of thousands of low-skilled jobs around the country.

Most migrants in the current caravan have chosen to apply for the humanitarian visa. But on Jan. 18, a group of about 1,500 crossed at the official border checkpoint here in Ciudad Hidalgo, walking right by Mexican border officials who did not move to stop them. Hundreds of members of that group have since continued to travel north through Mexico, unimpeded by Mexican authorities.

Except for that incident, the process has been orderly, in sharp contrast to an incident in October when members of another large migrant caravan clashed with Mexican police officers at the same crossing. Many members of that caravan, and several smaller ones that followed in quick succession, eventually made it to the northern Mexican state of Baja California, putting extraordinary strain on local government and the resources of civil society.

An increasing number of participants in the current caravan, it seems, have been drawn to the idea of staying in Mexico.

“What I want is to cross in order to work, no more than that,” said Yanina Vargas, 27, a Honduran migrant who was standing in a line of more than one thousand people on the border bridge that connects Guatemala with Mexico.

To address the root causes of migration, Mr. López Obrador has vowed to promote job creation in southern Mexico and Central America, and has been pushing a $30 billion regional development plan. He has also ordered tax cuts in dozens of municipalities along the northern border to spur economic development and job creation. His administration joined with business sector and labor leaders in December to raise the minimum wage by about 16 percent, to boost the fortunes of the nation’s working class.

But despite these enticements, and Mr. Trump’s unwelcoming posture toward migrants, many participants in the current caravan were still intent on making it to the United States.

Franklin Caballero, 30, from Honduras, said he lived in the United States as an undocumented immigrant for six years but was deported for driving without a license. Traveling with the caravan, he hoped to make it back.

“Even though I have to wait five days for the pass to get into Mexico, later I will see how to get to the United States,” he said, standing in line to apply for the humanitarian visa. His tentative plan was to pay a smuggler in northern Mexico to sneak him across the border into the United States.

Still others were keeping their options open, prepared to live and work in Mexico until they saw an opportunity to cross into the United States.

“Our aim is to find work,” said Anabella López, 50, a Guatemalan migrant, who was traveling with seven relatives covering three generations. “The United States is difficult now.”

Ms. López said that she had followed the news about the caravans that arrived in northern Mexico in the fall and knew they had “suffered a lot.”

But she also wondered how Mexico was going to support so many new arrivals from Central America.

“What is this country going to do with so many people?” she asked.