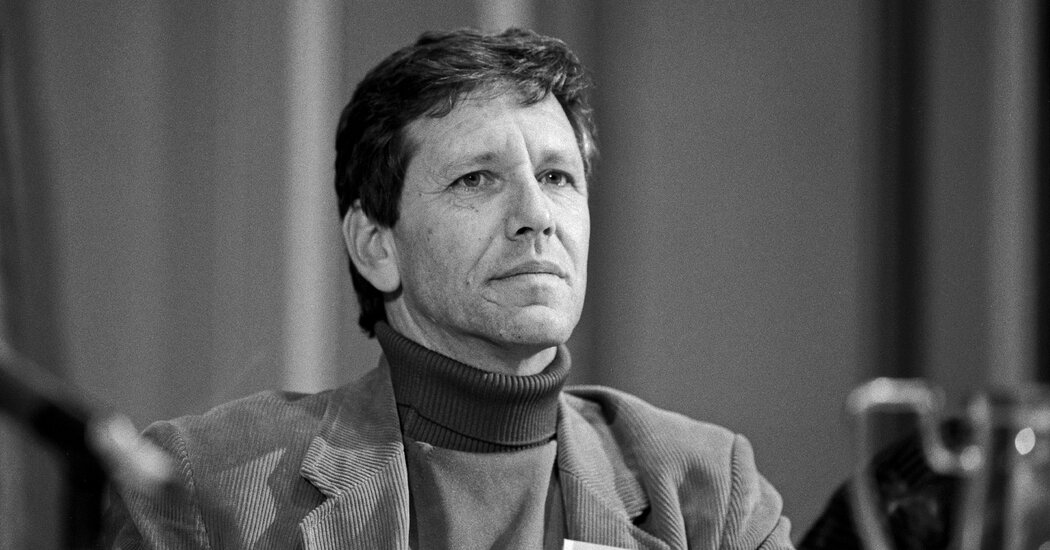 Unlike his older sister Fania and himself, he added, “Our middle sister, Galia, remembers that she experienced tough and abusive parenting at the hands of our father. I am sure — that is, I know — that there is a kernel of truth in her words. Don’t erase her. But don’t erase us either. We, too, have a voice and our voice comes from the depths of our souls.”

Amos Oz has long been considered a giant of modern Hebrew literature. He began storytelling in his early 20s and published more than a dozen novels, as well as collections of short fiction, works of nonfiction and many essays.

An idealist, he changed his original surname, Klausner, to Oz, Hebrew for courage, when he swapped his suffocating parental home in Jerusalem for kibbutz life. The pioneering characters of the Socialist kibbutz movement would inhabit some of his novels. His work was translated into more than 35 languages.

Galia Oz’s book has disrupted Israel’s literary world and cast a shadow over her father’s legacy at a time when a new social consciousness has laid low flawed cultural figures in the United States, France and other places around the world. Ms. Oz herself referenced the #MeToo movement, writing, “Houses such as the one I grew up in somehow float in space, far beyond the reach of social workers, out of range of the influence of revolutions such as MeToo, without leaving a mark in the social networks.”

The initial fallout has been intense. Ms. Oz-Salzberger wrote that critics had branded her on social media as evil, manipulative, a liar and a Nazi enabler. Right-wing Israelis have gloated over what they regard as the unmasking of a liberal, left-wing hero. The family has also received expressions of support.

In another impassioned Facebook post, Ms. Oz-Salzberger’s son, Dean Maccabbi Salzberger, wrote: “In conclusion, I have one smart thing to say about all of this. If you have an estrangement in the family, muddy relationships, residues of years, for whatever reason, do everything to try and fix it. I don’t know how to fix things at your end, only you know. (Every family is different. Yes, yes, even happy families).”