Maxar is selling space robotics company MDA for around $765 million 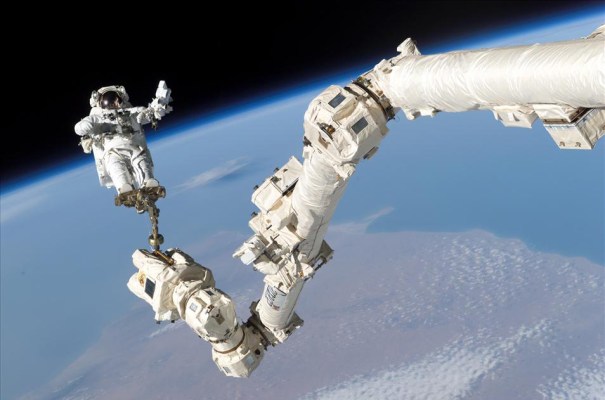 Satellite industry giant Maxar is selling MDA, its subsidiary focused on space robotics, for $1 billion CAD (around $765.23 million USD), Reuter reports. The purchasing entity is a consortium of companies led by private investment firm Northern Private Capital, which will acquire the entirety of MDA’s Canadian operations, which is responsible for the development of the Canadarm and Canadarm2 robotic manipulators used on the Space Shuttle and the International Space Station respectively.

Maxar’s goal in selling the business is to help alleviate some of its considerable debt, which stood at $3.1 billion as of this past September. The company was already known to be seeking potential buyers for MDA, so it’s not much of a surprise. MDA will continue to operate as its own company under the terms of the new ownership, which should mean that its current plans and contracts will continue.

MDA is working on a number of projects for various clients, including developing wildfire monitoring satellites, navigation antennas for use on other company’s satellites and to develop Canadarm3, the next version of its robotic appendage, for use on the NASA Lunar Gateway that will be a research and staging station orbiting the Moon as part of the U.S. space agency’s Artemis mission series.