Man Is Charged With Sending Suspicious Packages to Consulates in Australia 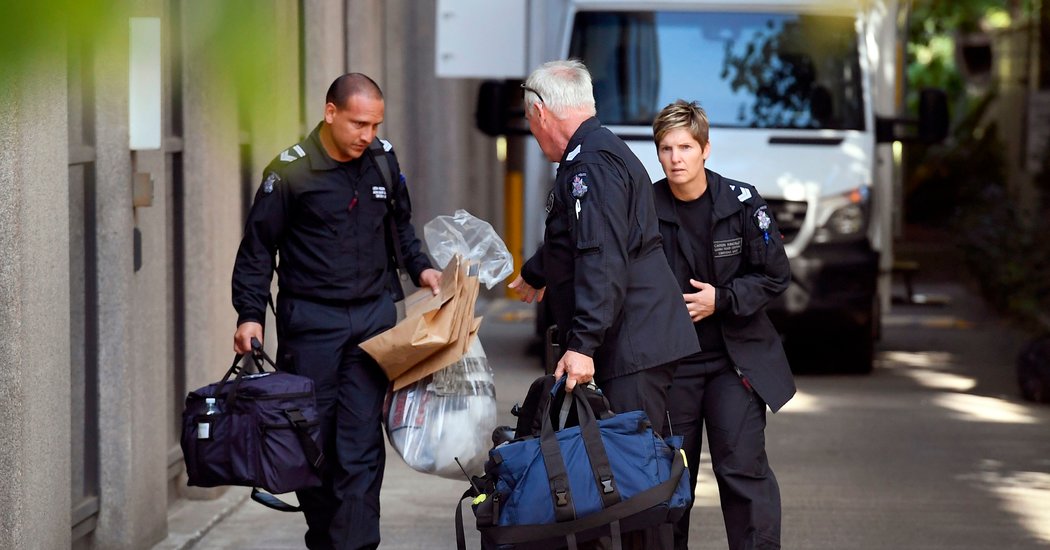 MELBOURNE, Australia — A 48-year-old man was charged on Thursday with mailing suspicious packages to foreign consulates in Australian cities this week, which the authorities said may have contained an unspecified hazardous material.

The man, Savas Avan, was arrested on Wednesday night at his home in the city of Shepparton, about 120 miles north of Melbourne, the police said. He appeared Thursday morning before the Melbourne Magistrates’ Court, where he was charged with sending dangerous articles to be carried by a postal service.

The authorities did not offer a motive for Mr. Avan’s alleged actions. If convicted, he could be sentenced to 10 years in prison.

In total, 38 suspicious packages were delivered to consulates and embassies this week in Melbourne, Sydney and Canberra, the capital, including those of New Zealand and the United States. The police have not said what the packages contained, but Australian news reports said some of them included messages suggesting that they contained asbestos.

The Australian authorities did not say which countries’ facilities received the packages, but footage broadcast on Wednesday showed emergency responders outside consulates of India, Germany, Italy, Spain and South Korea. Some consulates and embassies were evacuated.

The United States Embassy confirmed that it had handled a suspicious package on Wednesday “according to our standard procedures and in close coordination with local authorities.”

On Thursday, federal and state police confirmed that the intended recipients had been identified and that 29 of the 38 packages had been recovered. Forensic testing was being carried out to determine “the exact composition of the material” while investigators worked to recover the remaining packages, the police said in a joint statement.

“There is no ongoing threat to the general public,” the statement read.

The Melbourne court ordered Mr. Avan held until March 4, the date of his next hearing. He did not apply to be released on bail.