LittleBits lays off employees as it shifts focus toward education 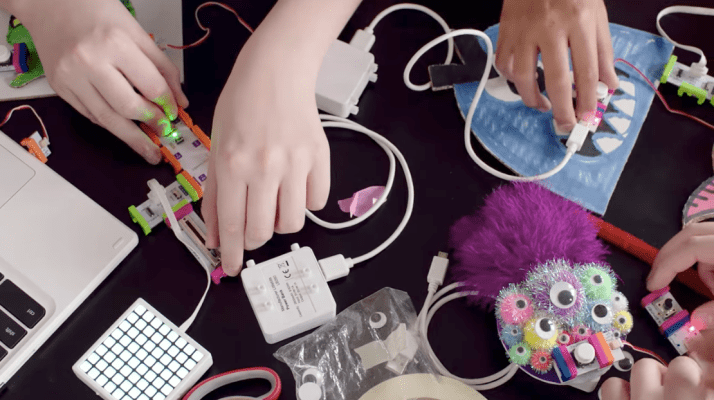 Education-specific offerings have been lucrative for the company in its eight-year existence, but recent products have found the company embracing licensed products, courtesy of its involvement with Disney’s hardware accelerator.

LittleBits confirmed the layoffs as part of an internal restructuring, in a statement offered to TechCrunch.

“The true potential that littleBits provides teachers, parents, and the children is far beyond your standard ‘off the shelf’ gift or toy. In order to have the greatest impact in shaping the next generation of Changemakers, we are prioritizing our business around the K-12 education market,” the company says. “As you can imagine, the education market’s needs are vastly different than that of retail. Given this, we had to re-shape our internal structure, which ultimately led to a reduction in staff.”

It has yet to offer a specific number, but TechCrunch believes the number to be around 15. Not huge in the grand scheme of things, but no doubt a hit to a staff of this size, which numbered around 100, after its acquisition of DIY Co, last summer. That acquisition, LittleBits’ first, will no doubt play a role in the restructuring, going forward.

It’s hard not to see echoes of the difficult decision Sphero made roughly this time last year. The robotics startup went all-in on licensed Disney brands like Star Wars and Marvel, but ultimately pivoted to an education-only focus, after a disappointing holiday season. Education, on the other hand, can prove a lucrative and stable path forward, as schools and districts tend to buy products in bulk.

Another thing both Sphero and LittleBits have in common is a knack for truly innovative tech products that could do extremely well in the educational space with the right positioning.