Legal purpose: how a lawyer made sustainability her career

Meet Maya Mehta, an intrapreneur who is using her legal training to support the growth of sustainable finance at an investment bank

Three days before Maya Mehta was due to start her dream job, she fell over in a car park and was concussed. “I wanted to hit the ground running, but not literally,” she laughs. In fact, Mehta is grateful to have had a bit of enforced downtime to set her intentions for her new role. After all, it is what she has been working towards her entire career.

Having worked as a lawyer at the investment bank BNP Paribas for the past nine years, an internal secondment will now see her leading on sustainable finance from a legal perspective, which is “hugely exciting”, she says.

Born and growing up in London, with Indian parents who were raised in Kenya, Mehta always knew she wanted to work to end injustice. “I wanted to address social issues on the front line”, she says. She felt that understanding the law would give her the upper hand.

For much of her career to date, though, her commitment to the causes she cared about had to be slotted in alongside her day job as a capital markets lawyer, first at Clifford Chance, and then BNP Paribas. Mehta talks of “my purpose pile” of pro bono work “that I would reach for in fragments of spare time, whenever I could.” At first, it was focused on helping those caught in cycles of domestic abuse; later it was microfinance, and then, about four years ago, a new world opened up for her. 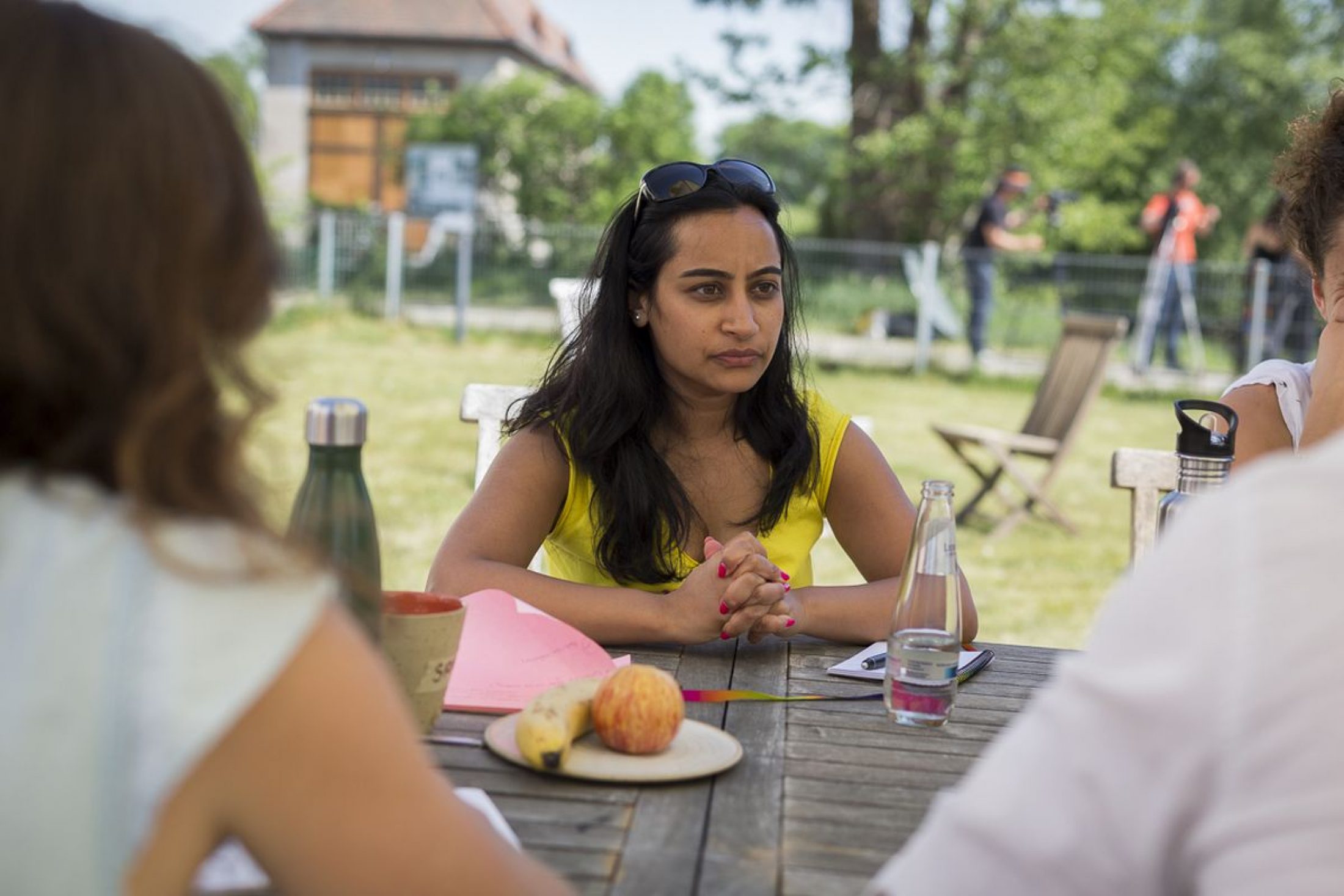 Her day job and ‘purpose pile’ began to merge, thanks to a moment of “beautiful synergy”, as she puts it. One evening in 2016 she went to a talk about green bonds, part of the fast-emerging set of new financial instruments that put a value on environmental protection and sustainability. Fired up by its potential, she started using her legal expertise to give colleagues advice on the subject, and became convinced that it was a real area of opportunity.

In 2018, she decided to approach a senior manager about this growing field, with a view to bringing together legal colleagues who were working on sustainable investment projects across the bank. “He said ‘OK, let’s gather the evidence’. So I sent out an email to every lawyer in the bank which said: ‘Have you worked on a sustainable finance transaction?’. And the response I got was overwhelming. All these lawyers across the globe, from Brazil to India to Hong Kong, were working on solar projects, wind projects, environmental shipping and other positive environmental and social solutions.”

Mehta was bolstered by the response, seeing that these colleagues were cut from the same cloth as her; in other words, they were sustainable intrapreneurs. Back in 2001, when she started training as a solicitor, the phrase had yet to make its way into the business lexicon, but now she saw that her colleagues worldwide were also doing what she had been doing for years: making positive change happen from within the heart of the corporate world.

The response I got was overwhelming. All these lawyers were working on solar projects, wind projects and other positive environmental and social solutions

That changemaking has been a golden thread running through Mehta’s career to date. As a trainee with Clifford Chance in Hong Kong, she had provided pro bono support to Filipino domestic helpers who were being abused by their employers. Later, her attention turned to the struggles of Asian women in London subjected to forced marriages and domestic violence. She started an advice clinic in the east London borough of Newham, where she and fellow colleagues would offer lunchtime sessions. Then she turned her attention to microfinance, setting up a global group to help fellow lawyers at Clifford Chance provide pro bono advice in this area.

But it became exhausting. “I became a victim of my own success”, she admits, “because the microfinance group was growing and growing and I was working until one in the morning.”

It was around that time that she decided to leave the law firm for BNP Paribas. Naturally, she brought her intrapreneurship with her, co-founding a social impact hub in the UK to help colleagues develop the skills and resources they need to support social enterprises and microfinance organisations. Then came her passion for green bonds and sustainable financial instruments more generally, which, thanks to her secondment, she can now do full-time. The ‘purpose pile’ has finally moved to the centre of her desk.

Her new responsibilities include growing the global community of lawyers across BNP Paribas who are integrating sustainability into their skillset, and training them to “navigate the maze of sustainable finance regulation on the horizon”.

In the process of deciding to take this career pivot, she did a lot of soul searching, and had conversations with some of the members of the BMW Foundation’s Responsible Leaders Network, of which she is a part. These discussions inspired her to take a leap of faith and go for the secondment. Now, she says, “I jump out of bed in the morning and I have this hunger to learn.” That includes delving into all the legal and regulatory fine print in this fast-emerging field. It is an enthusiasm that surprises the friends she has made among the Responsible Leaders Network, who had been impressed by her passion for social change, but, she says, “joke that ‘Maya, we had no idea you were a regulation geek!’”

Meanwhile, financial instruments are increasingly seen as having a key role to play in tackling urgent social issues of our time. “One Friday afternoon when we were deep in lockdown, I received an email from my business colleagues saying that we need to work on a new type of bond, a Covid-19 response bond, to help channel funds into healthcare and social issues.”

But with so many causes and only so many hours in a day, where does she start? She remembers once climbing Mount Snowdon, and likens it to the task at hand. “When I looked up and saw the jagged peak through the cloud, that was daunting to me. So I just had to think, one boulder at a time.”

This article is the sixth in a series looking at responsible leadership in action.