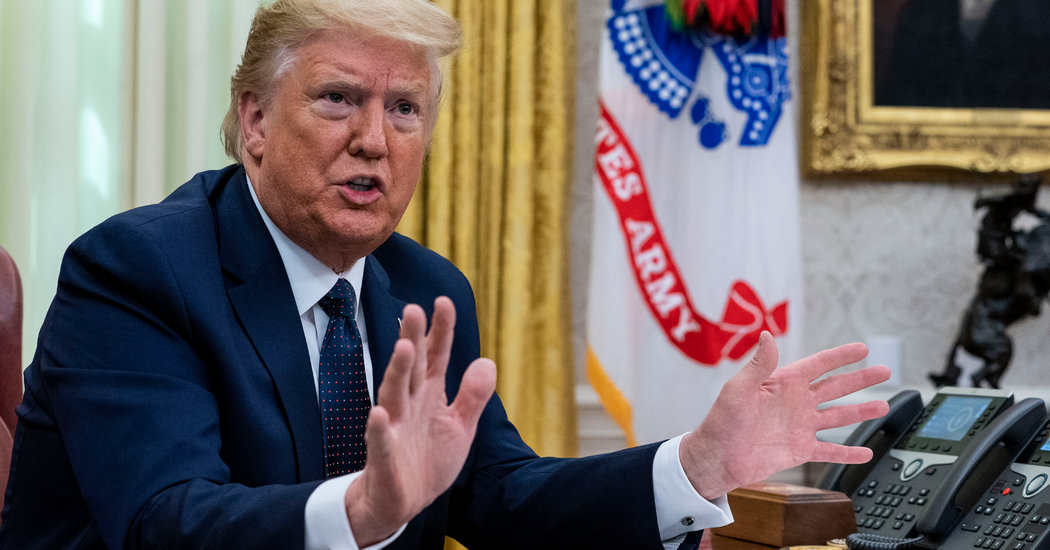 OAKLAND, Calif. — President Trump’s crackdown on social media companies faced a new legal challenge on Tuesday, as a technology policy organization claimed in a lawsuit that he violated the companies’ right to free speech with his executive order aimed at curtailing their legal protections.

The nonprofit Center for Democracy and Technology says in the suit that Mr. Trump’s attempt to unwind a federal law that grants social media companies discretion over the content they allow on their platforms was retaliatory and would have a chilling effect on the companies.

The lawsuit — filed in U.S. District Court for the District of Columbia — is indicative of the pushback that the president is likely to face as he escalates his fight with social media companies, which he has accused of bias against conservative voices. It asks the court to invalidate the executive order.

Twitter, which is Mr. Trump’s preferred method of communicating with the public, faced off with him last week after adding fact-check labels to two of his tweets and later restricting a post in which he said protesters who engaged in looting would face a violent crackdown.

In response on Thursday, Mr. Trump signed an executive order asking regulators to chip away at legal protections that prevent social media companies from being held liable for much of the content that is posted on their sites. The order targets Section 230 of the 1996 Communications Decency Act, which internet companies have said is essential to their business operations.

Mr. Trump’s order is “plainly retaliatory,” the Center for Democracy and Technology said in a legal filing. “It attacks a private company, Twitter, for exercising its First Amendment right to comment on the president’s statements.”

The order could also prevent other companies from speaking freely, the organization argued. “President Trump — by publicly attacking Twitter and issuing the order — sought to chill future online speech by other speakers,” its filing said.

The center added, “The order clouds the legal landscape in which the hosts of third-party content operate and puts them all on notice that content moderation decisions with which the government disagrees could produce penalties and retributive actions, including stripping them of Section 230’s protections.”

Other social media companies have been reluctant to duplicate Twitter’s actions. Although Mr. Trump posted identical comments on Facebook, Facebook has not touched the posts.

Mark Zuckerberg, Facebook’s chief executive, said last week that social media companies should not be in the business of moderating comments from political figures like Mr. Trump.

“We’ve been pretty clear on our policy that we think that it wouldn’t be right for us to do fact checks for politicians,” Mr. Zuckerberg said in an interview with Fox News. His stance has led to widespread protest by Facebook employees.

“It is so essential that platforms that host such an enormous amount of content be able to take steps to address and mitigate widespread misinformation,” said Alexandra Givens, the chief executive of the center.