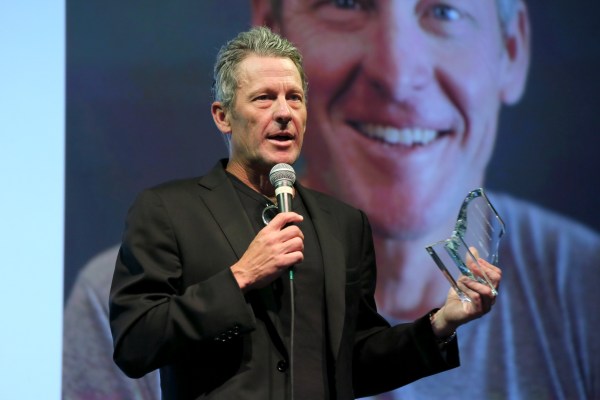 Lance Armstrong said last month that an early investment in Uber — courtesy of a $100,000 check that he funneled into the company in 2009 through Lowercase Capital —  “saved” his family from financial ruin after evidence surfaced in 2012 that he used performance-enhancing drugs and he was stripped not only of his seven consecutive Tour de France titles but the many lucrative endorsement deals he enjoyed at the time.

Armstrong, talking with CNBC at the time, declined to say how big a return that Uber investment has produced, but it seemingly gave him a taste for the riches that venture capital can produce when the stars align. Armstrong just founded his own venture fund, Next Ventures, to back startups in the sports, fitness, nutrition and wellness markets, and it today announced is first investment. The company it has backed: Carlsbad, Ca.-based PowerDot, a 2.5-year-old maker of an app-based, smart muscle stimulation device that sends electrical pulses to contract tender soft tissue, helping runners and other athletes recover from their workouts.

We weren’t able to talk with Armstrong — a public relations spokesperson for the firm said he isn’t ready to discuss prepared to speak in detail about it publicly yet — but last month, he spoke candidly about his past actions continuing to haunt him, including years of lying to the public and race organizers, as well as his “bullying,” which he called “terrible,” adding: “It was the way I acted; that was my undoing.”

In fact, Armstrong, who has been banned from cycling from life, said that as he has begun reaching out for meetings, not everyone is eager to take his calls. As he told CNBC’s Andrew Ross Sorkin, “You have to assume that’s what they’re thinking: ‘I don’t want this association; I don’t trust this guy.”

Armstrong seems to be getting by in the meantime. Just this week, Architectural Digest took readers on a tour through Armstrong’s contemporary Aspen home and his art collection. Armstrong purchased the 6,000-square-foot home a decade ago. He and his family now live in Colorado full-time.