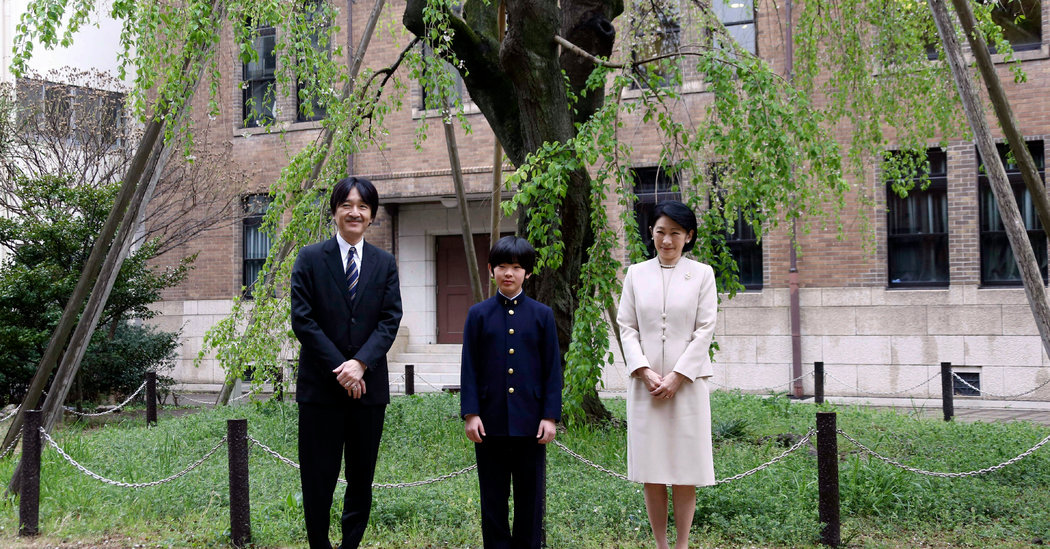 TOKYO — Two knives were left on the school desk of a 12-year-old Japanese prince, according to the Tokyo police, who on Saturday were investigating security footage indicating that an adult had trespassed onto school grounds.

The prince, Hisahito, is Emperor Akihito’s only grandson, and entered the school, Ochanomizu University Junior High School in Tokyo, this month.

He was not in the classroom when the knives were left there on Friday, around the time security footage showed a man wearing a helmet entering the school, Kyodo News reported.

Prince Hisahito is soon to become second in the line of succession to the Chrysanthemum Throne. Naruhito, the prince’s uncle, is expected to ascend the throne next week, replacing Akihito, 85, who will be the first Japanese monarch to step down in more than two centuries. Ceremonies on Tuesday will mark the beginning of the new reign.

In honor of the new emperor, Japan will turn clocks back to Year 1, honoring the tradition that the calendar follows the reigns of emperors. Wednesday will mark the first day of the first year of the age of Reiwa, as Emperor Naruhito’s reign will be known.

Under current law in Japan, the oldest continuous monarchy in the world, only men can succeed the emperor, who was once revered as a demigod but now holds a symbolic function. Many in Japan hold Emperor Akihito in high regard for his support of pacifism and his efforts to bring reconciliation with neighbors across Asia.

Public protest and hostility toward the royal family is rare in Japan. Even though there was opposition to the amount of money spent on Akihito’s enthronement ceremony in 1990 ($58 million at the time) there was only isolated violent opposition to his rule. Before the ceremony, his brother’s home was targeted with a homemade missile. Another missile was fired at the Imperial Garden in Kyoto, the country’s historic capital.

Before he began classes this month, Prince Hisahito told reporters, “I would like to lead a fulfilling life as a junior high school student from now,” according to the Asahi Shimbun.