Jeff Bezos of Amazon and MacKenzie Bezos Plan to Divorce 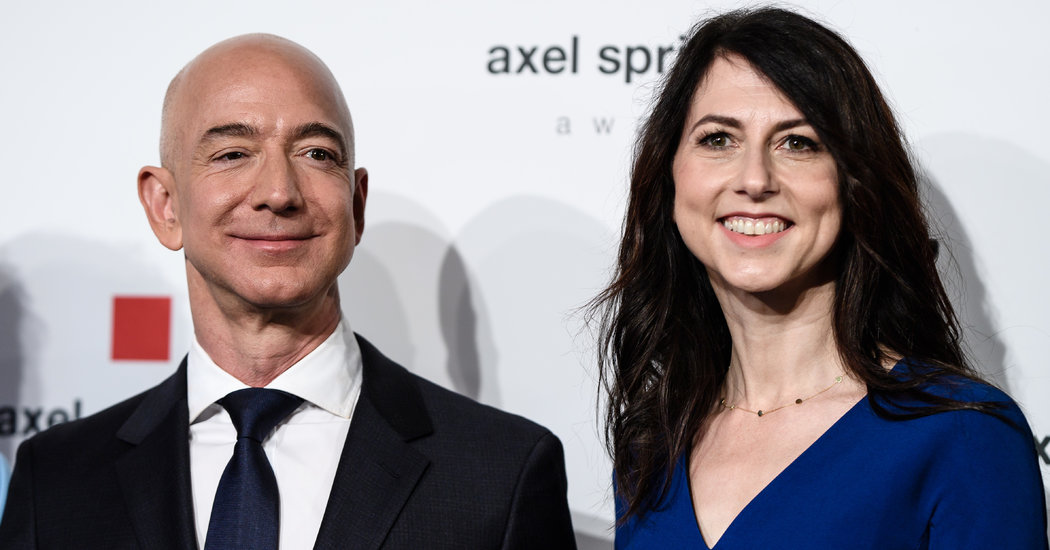 The Amazon founder Jeff Bezos and the novelist MacKenzie Bezos announced on Twitter Wednesday that they are getting divorced after 25 years of marriage.

In a statement posted on Mr. Bezos’s Twitter account, the couple said they had been separated for a long period of time, but planned to remain involved as “parents, friends, partners in ventures and projects.” According to a 1999 profile in Wired, the two met when they both worked at D.E. Shaw, a New York-based hedge fund, before moving in 1994 to Seattle, where Amazon is headquartered. They have four children.

As is the case in any celebrity split, the financial details of the divorce are sure to be complicated despite the couple’s vow to “remain cherished friends.” According to Forbes, which publishes an annual list of billionaires, his net worth is estimated at $137 billion and he is the richest man in the world. While much of his wealth is tied up in Amazon stock, Mr. Bezos, 54, the company’s chief executive, is also the owner of several companies, including The Washington Post and Blue Origin, a space travel company. In September, the couple pledged to donate $2 billion to start preschools and help homeless families.

Ms. Bezos, 48, has written two books. In 2005, she published “The Testing of Luther Albright: A Novel,” a psychological thriller set in Sacramento, Calif. The Times called it a “quietly absorbing first novel.” Her second book, “Traps,” is a tale of four women who meet on a road trip to Las Vegas.

In a 2013 interview in Vogue to promote “Traps,” Ms. Bezos said she met her husband when she interviewed for a job at D.E. Shaw as a research associate in 1992. After being hired, she sat in an office next door to his. Ms. Bezos grew up in San Francisco and attended Princeton University, where she was an assistant to the novelist Toni Morrison. Ms. Bezos told Vogue that she asked Mr. Bezos to lunch and, within three months, they were engaged. They married in 1993.

Mr. Bezos, who spent summers working at his grandfather’s cattle ranch in Texas, also went to Princeton, where he studied computer science. He described his younger self in the Wired profile as a “professional dater” who had set up a systemic approach to dating modeled after the criteria investment bankers used to analyze deals. (He added then it did not work.)

Mr. Bezos later told Vogue, “I think my wife is resourceful, smart, brainy, and hot, but I had the good fortune of having seen her résumé before I met her, so I knew exactly what her SATs were.”

The couple lived in a one-bedroom rental in downtown Seattle until 1999, when Wired reported the couple moved into a $10 million mansion in suburban Lake Washington. Mr. Bezos now owns several properties, including a mansion in Washington D.C.

Amazon shares, which closed Tuesday at $1,656, dropped early on news of the divorce but rebounded by noon.