Japan to Compensate Forcibly Sterilized Patients, Decades After the Fact 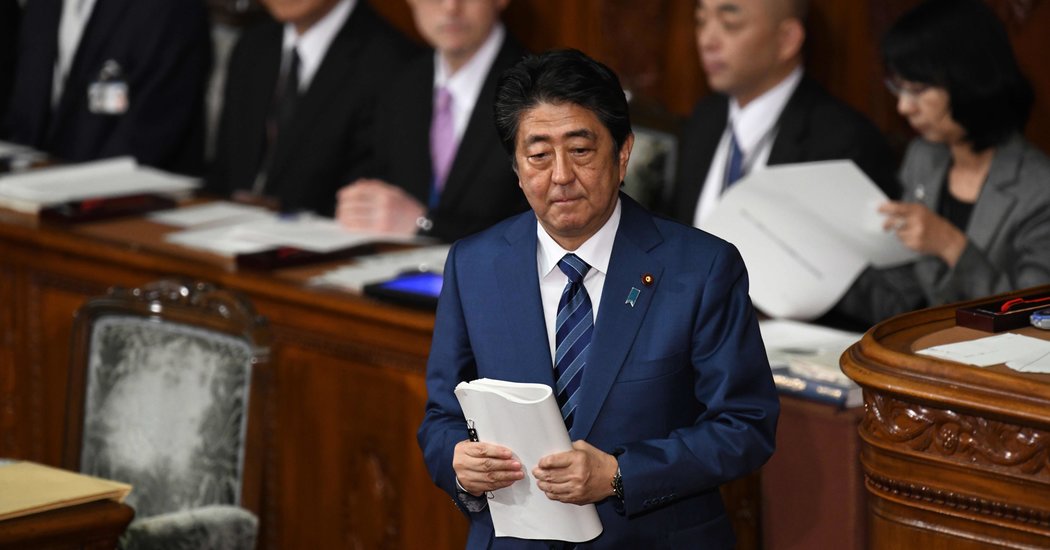 TOKYO — More than 20 years after it repealed a eugenics law, Japan has agreed to compensate victims of a decades-long government program under which thousands of people were forcibly sterilized because of intellectual disabilities, mental illness or genetic disorders.

Under a bill passed by Japan’s Parliament on Wednesday, the government will offer 3.2 million yen, or about $28,600, to each of the survivors who were sterilized between 1948 and 1996 under the law.

Of the estimated 25,000 people who were sterilized, the government has identified about 5,400, and it is not known how many are still living.

In a statement, Prime Minister Shinzo Abe said that “the government sincerely reflects on and deeply apologizes” for the suffering of the victims, some of whom have filed separate lawsuits seeking further compensation from the government.

“To never repeat the situation, the government will make utmost efforts to realize a society in which people can coexist, regardless of disease or disability,” Mr. Abe said.

Advocates for the survivors said the government’s action was insufficient, considering what they had suffered.

Mr. Fujii said the compensation was too little, given that victims of traffic accidents who lose their reproductive capacity can be paid as much as 10 million yen in compensation.

Under the Eugenic Protection Law passed in 1948, doctors could perform involuntary sterilization operations when they deemed it necessary “for the public interest in order to prevent hereditary transmission of the disease.”

The law was broadly permissive in the conditions that doctors could use as justification for sterilization. Schizophrenia, epilepsy, muscular dystrophy, albinism and even “abnormal sexual desire” were all grounds for sterilizing patients.

Many of the operations were conducted in psychiatric hospitals or other institutions where intellectually disabled patients lived. Although the law gave patients or their families the chance to appeal a doctor’s recommendation, in many cases the patients did not know what was happening and did not give consent.

According to figures from the Ministry of Health, Labor and Welfare, close to 25,000 people were sterilized, almost 16,500 of them without consent. While many nations abandoned eugenics laws after the horrors of Nazi Germany, Japan did not repeal its law until 1996.

Michael Gillan Peckitt, a part-time lecturer and specialist in disability studies at Osaka University, said that those who consented to sterilization may have done so out of the “Japanese culture of not making a fuss.”

In Japan, people with disabilities are often hidden from view, and there is still a taboo around mental illness. After an assailant killed 19 people in a knife attack at a facility for intellectually disabled people in 2016, most of their families asked the police not to release their names.

In a news conference on Wednesday, Koji Niisato, a lawyer for some of the survivors, said the government had not made a “proper apology” and that the compensation amount was “far less than what we demanded in trials.”

A ruling is expected next month in one of several civil cases filed against the government over the sterilizations. The two plaintiffs in that case are seeking damages of 50 million yen, about $450,000.

Yumi Sato, the elder sister of one of the plaintiffs, told reporters that “what victims want the most is an apology from the government.”