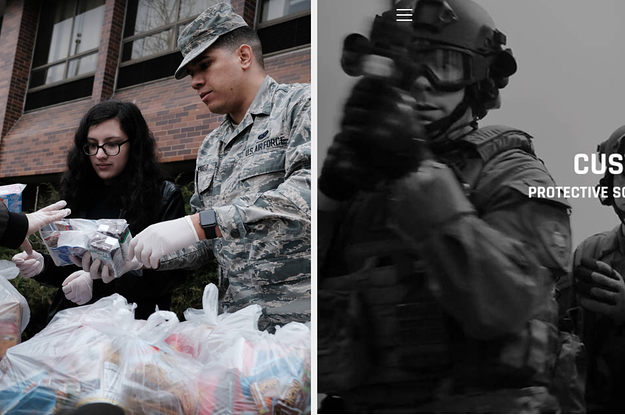 Stores across the country selling ballistic body armor, tactical gear, and firearms are seeing a huge increase in sales due to the worsening coronavirus outbreak in the US.

As of Thursday, the US had more than 1,323 cases of COVID-19, the disease caused by the novel coronavirus. The World Health Organization declared the outbreak a pandemic. Italy, as well as New Rochelle, New York, have gone into lockdown, and many major companies have urged their employees to self-quarantine. On Wednesday night, President Donald Trump announced the US would be suspending travel from much of Europe to the United States for at least 30 days.

“I think with the way things have escalated quite quickly around the world and in the US in just the last couple of weeks, it’s very hard to tell what’s going to happen next, and I believe it is better to be safe than sorry,” Kevin Lim, the owner of Bulletproof Zone, a tactical gear retailer, told BuzzFeed News. “That’s what our business is about, after all, keeping people safe.”

According to Matt Materazo, the founder of Gladiator Solutions, a ballistic body armor and tactical outfitting store, the coronavirus outbreak has changed the kind of orders his store has received. He said typically the majority of his business has been big bulk orders from the law enforcement and the first responder communities. Now, it’s a lot of small orders.

“We don’t usually get these one, two sales,” he told BuzzFeed News. “They’re not particularly preppers, they’re people who are seeing what’s going on and saying to themselves, ‘where is this going?’”

The surge in interest around tactical gear due to the outbreak is happening across the country. Many of the stores BuzzFeed News reached out to had posted messages on their websites apologizing for longer-than-normal wait times due to higher-than-usual demand.

“More customers are buying, and they range from those who are generally concerned to those who are seriously gearing up for ‘end of the world’ scenarios”

Lim said that if the demand continued to be high, a shortage was possible. “A lot of body armor and body armor materials are manufactured in China and we are already seeing shortages and/or extended lead times for many of the products we sell,” he said.

Unlike Gladiator Solutions, Bulletproof Zone’s customers are typically civilians and survivalists, but Lim’s noticed a surge in interest — his sales numbers have jumped between 50% and 100% since the coronavirus outbreak.

“More customers are buying, and they range from those who are generally concerned to those who are seriously gearing up for ‘end of the world’ scenarios,” he said.

Nick Groat, the president of Safe Life Defense, told BuzzFeed News he’d seen a slight increase as well, estimating about a 10% increase in civilian sales over the last few weeks. “They’re afraid the coronavirus will put the country into lockdown and they’ll defend themselves and their supplies,” he said. “Having that protection is always an excellent option.”

It’s not just body armor, though. Americans appear to be picking up firearms to go with their tactical gear as well.

Employees at several gun stores BuzzFeed News contacted said they were too busy to talk. A woman on the phone for RT Smoke N Gun Shop in Mount Vernon, New York, told BuzzFeed News she didn’t have time to give an interview. “With the panic, we are just inundated with people,” she said.

Larry Hyatt, the owner of Hyatt Guns in Charlotte, North Carolina, said he has seen an increase in sales since the outbreak.

He said a lot of the customers coming in right now are senior citizens. “People who feel vulnerable are buying guns.”

According to Hyatt, the fears over both the coronavirus and a stock market crash because of the outbreak are making customers think twice about what to do during a period of civil unrest. He said there are a lot of unknowns right now.

“This is a 61-year-old store,” he said. “But this is sort of uncharted territory, we don’t know what exactly to expect.”

Even stores that haven’t seen a spike in sales yet are preparing for one. David Pringle, the general manager for DEGuns in Lincoln, Nebraska, said he’s spoken to distributors and other store owners who are seeing as much as 58% increases in sales.

Pringle had the same concerns that Lim did about not being about to keep shelves stocked should the outbreak worsen. He said that a major distributor he works with ran out of 9 mm, 2 mm, and 5.56 mm ammunition. “I was talking to a distributor and he has a dealer who just bought 100 AR-15s,” he said.

“So in some places it’s going already,” he said. “It just hasn’t gotten to everywhere, just like the coronavirus.”