‘It’s Going to Be a Blast Furnace’: Australia Fires Are Set to Get Even Worse 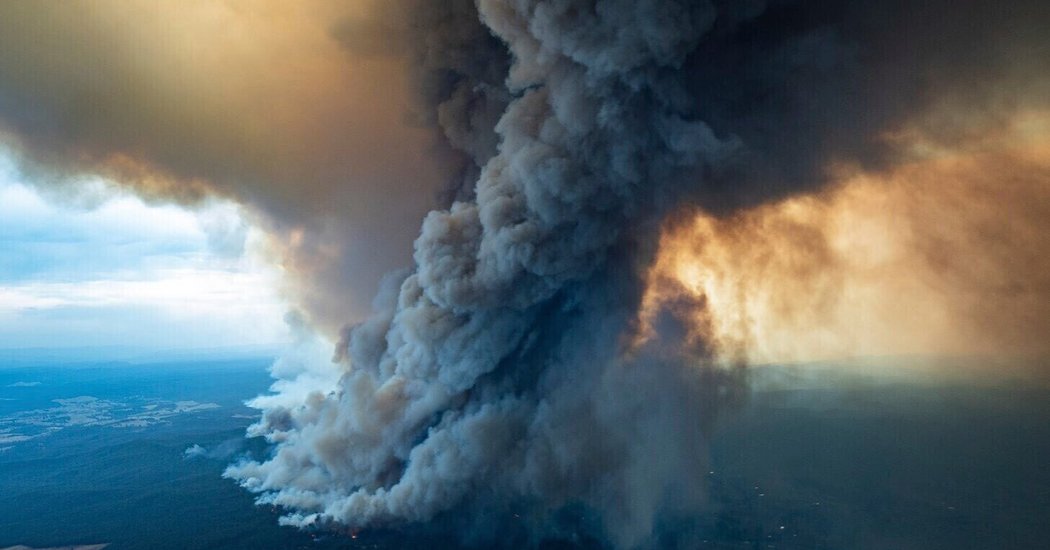 All along the southeastern coast of Australia, tens of thousands of people abandoned their homes on Thursday after the authorities called for evacuations, warning that the massive fires headed their way this weekend might be the worst yet in an already catastrophic season.

Eight people have died in the past week as fires raged across forest and scrubland along Australia’s Pacific coast, choking cities with thick smoke, charring more than 1,000 houses and killing countless wild animals.

Fleeing motorists clogged roads and formed long lines at gas stations in the southeastern part of New South Wales, the country’s most populous state, after it declared a state of emergency on Thursday.

To the south, the state of Victoria, the second most populous, declared a state of disaster, allowing it to authorize the evacuation of areas along its eastern coast. The premier, Daniel Andrews, said 17 people were still missing as fires swept alpine resorts and the Gippsland area, home to lakes, mountains and farmland.

Blazes are expected in the scorching Australian summer, but this time they began in the spring and they have spread out of control for months, growing steadily bigger and more intense amid record heat. It already ranks as the worst fire season in Australia’s recorded history, and the Southern Hemisphere summer has barely started.

“It’s going to be a blast furnace” in the coming days, Andrew Constance, the transport minister of New South Wales, told The Sydney Morning Herald. He said the relocation of people was the largest in the region’s history.

An Australian Navy ship arrived on Thursday in the waters off Mallacoota, a town in Victoria, where about 4,000 people were stranded along the shore. Fires had cut off all escape routes on land, and heavy smoke ruled out helicopter rescues.

The ship, HMAS Choules, delivered food, water and medical supplies, and will ferry to safety the people who want to leave. It will begin loading as many as 800 evacuees early Friday, and will return for more, officials said, but it will be a slow process — the trip to a safe port is expected to take 17 hours.

The fires have fueled anger at Australia’s prime minister, Scott Morrison, who has downplayed the role of global warming, opposed measures to combat climate change and rejected additional funding for firefighters. After widespread ridicule, last month he cut short a vacation during the crisis, a trip that critics said showed he did not take the disaster seriously enough.

On Thursday, Mr. Morrison was heckled as he visited Cobargo, a New South Wales village where fires have killed two men and destroyed the main street. He left hurriedly.

“You won’t be getting any votes down here, buddy,” one man yelled at Mr. Morrison as he returned to his vehicle. “You’re over, son.”

“I’m not surprised people are feeling very raw at the moment. That’s why I came today, to be here, to see it for myself, to offer what comfort I could,” Mr. Morrison told the Australian Broadcasting Corporation.

“I understand the very strong feelings people have — they’ve lost everything,” he said, adding that there were still “some very dangerous days ahead.”