Italian Ambassador Among Three Killed in Attack on U.N. Convoy in Congo 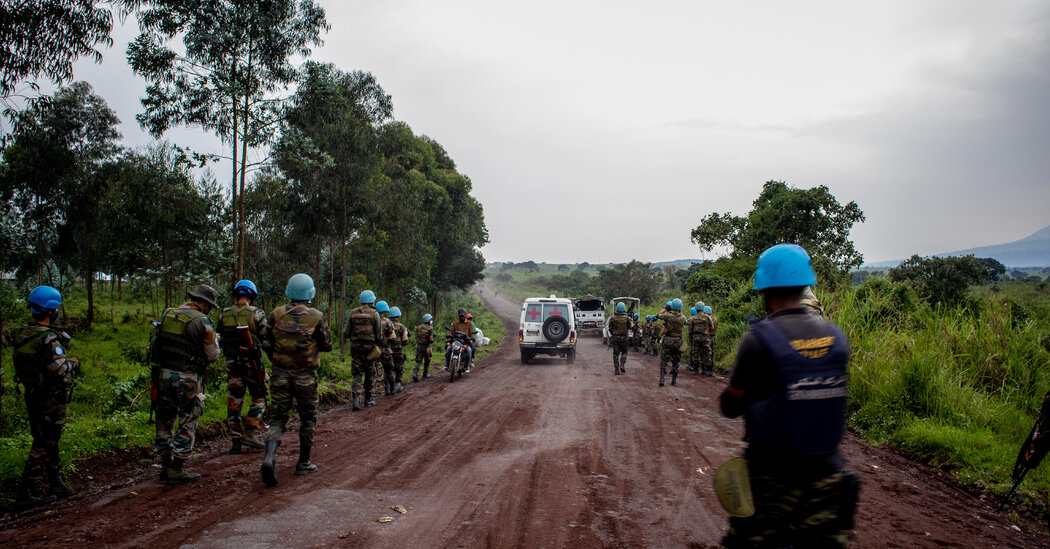 For Luca Attanasio, Italy’s ambassador to the Democratic Republic of Congo, humanitarian work was at the core of his mission. The 43-year-old had moved with his wife to the capital, Kinshasa, in 2017, where their family grew to including three young daughters. He rose to the rank of ambassador in 2019, the pinnacle of his diplomatic career.

On Monday, Mr. Attanasio was among three people killed in an attack on a humanitarian convoy near the city of Goma, the World Food Program and Italy’s Foreign Ministry said, the latest in a wave of violence in that part of the central African nation.

The area where the attack took place, North Kivu Province in the east of the country nestled against the border with Rwanda, is known as a hotbed of violent activity, and is home to a tangled web of dozens of armed groups.

The deaths of Mr. Attanasio; an Italian Embassy official, named by the Foreign Ministry as Vittorio Iacovacci; and Mustapha Milambo, a driver for the World Food Program, have rattled the international diplomatic community and drawn condemnation from across the globe.

All three men were in a car that was part of a convoy of vehicles headed north from the city of Goma to a World Food Program initiative at a school, when their convoy was stopped by armed men. The group killed Mr. Milambo, and led the rest of the convoy into the forest, attempting to kidnap them, according to Carly Nzanzu Kasivita, the governor of the North Kivu Province where the attack occurred.

But park rangers and a Congolese Army unit nearby responded. During an exchange of gunfire, the attackers shot the two Italian men, the governor said. Images posted by local journalists on social media show the visibly injured ambassador being cradled in the back of a military truck, as a man clasped the ambassador’s hand in his, holding it over Mr. Attanasio’s chest.

Mr. Attanasio was rushed for emergency treatment at a United Nations hospital in Goma where he died.

The World Food Program said the attack “occurred on a road that had previously been cleared for travel without security escorts” and said it would be working with the local authorities to determine the details of the attack.

Luigi Di Maio, Italy’s foreign minister, learned the news during a meeting in Brussels and left early to return to Rome. Mr. Di Maio expressed “immense sorrow for what happened,” the Foreign Ministry said in a statement.

“Two civil servants were violently taken away from us while carrying out their duties,” the ministry said. “The circumstances of this brutal attack are yet to be known, but no effort will be spared to shed light on what happened.”

Italy’s new prime minister, Mario Draghi, sent out a note expressing his “deep condolences and that of the government for the tragic death.”

Marie Tumba Nzeza, Congo’s minister of foreign affairs, offered her condolences on behalf of the government and said in a video posted on social media that the country would do everything in its power to “find out who is behind this despicable murder.”

Mr. Kasivita, the governor of North Kivu, said that the attack had taken place in an area where the Democratic Forces for the Liberation of Rwanda had been operating for a long time, but that investigations were continuing. The group is one of the largest foreign armed groups in the country, a rebel group with links to 1994 genocide in Rwanda.

“According to initial investigations, they were killed by a group of six people who spoke Kinyarwanda,” the governor said in a telephone interview, referencing the language spoken in Rwanda.

The Congolese government said in a statement that the security services and authorities were not informed of the presence of the diplomat in the region which is “deemed unstable.”

The convoy was headed from Goma to Rutshuru, a town about 45 miles north, on a route that would took the vehicles through Virunga National Park. The World Food Program said that a number of other people were injured in the attack.

A wave of violence has engulfed the area in recent weeks, with a deadly attack by a different militia in Virunga National Park leaving six people dead last month.

Virunga, Africa’s first national park and a Unesco World Heritage site, is known as the home of the region’s famed, and endangered, mountain gorillas. But the North Kivu region has also been the scene of regular violence, as spillover from the conflict between the government and militia groups, as well as the fallout of neighboring conflicts, have played out there. Last year, 17 people were killed in another attack in Virunga, which was also believed to have been carried out by the Democratic Forces for the Liberation of Rwanda.

In the years since it gained independence in 1960, after a brutal colonial period, the Democratic Republic of Congo has been wracked by civil wars and for decades by the rule of a succession of corrupt dictators.

The country experienced its first peaceful democratic transfer of power after independence in January 2019, when President Felix Tshisekedi was elected, but the process was widely criticized as fraudulent.

The United Nations mission has been active in the country since 2010, after taking over from an earlier peace mission that had been in place since 1999.

Tributes poured in for Mr. Attanasio from across the diplomatic community. He was a well-respected diplomat who began his career in 2003 and quickly rose through the ranks. His work abroad began in Switzerland and continued in Morocco as a consul general, and later he moved on to Nigeria.

“He was a serious, young diplomat who believed that humanitarian work was part of his mission,” said Mario Giro, who was Italy’s deputy Foreign Minister in 2017, when Mr. Attanasio was appointed to the role in Kinshasa.

Mr. Giro, who is now a senior adviser to the president, became friends with Mr. Attanasio over the years and said that he was a very proactive ambassador who visited all of the Italian humanitarian missions in Congo.

Mr. Giro said the ambassador was not a risk taker, and Monday’s trip was a routine convoy as part of his duties.

Bart Ouvry, the European Union ambassador to Mali, wrote in a post on Twitter, “I’ve lost a colleague and generous friend.”

Last year, Mr. Attanasio was awarded an international peace prize in Italy. In his acceptance speech, he said that the ambassador’s role was to be close to Italians living in Congo, and that it was important to his family to live there.

“Some are shocked by this choice, especially for the risks that it entails,” he said. “But it is our duty to set an example.”