Israel Confirms Another Attack on Iranian Targets in Syria 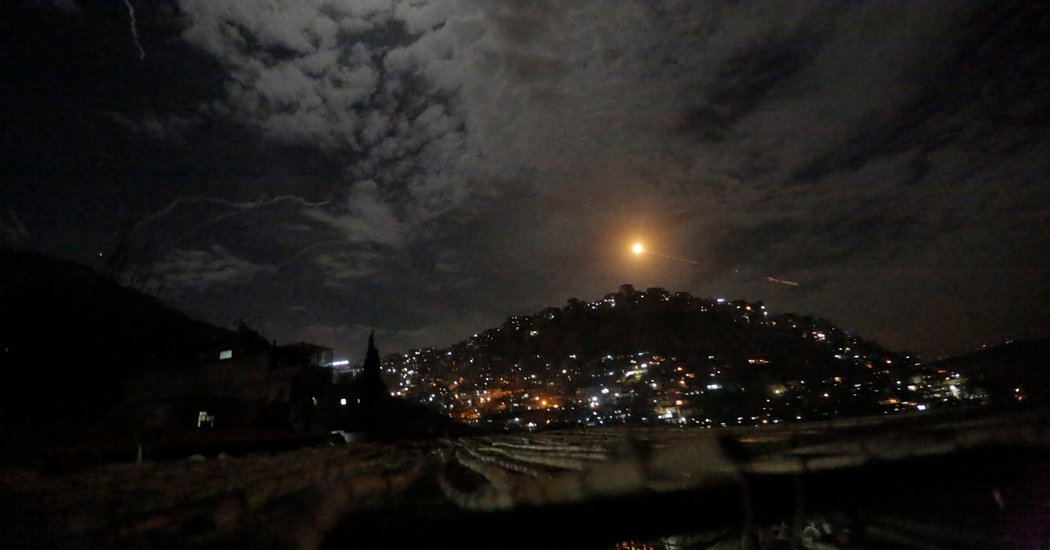 The Israeli military said early on Monday that it had started attacking Iranian military targets in Syria, in another apparent sign of Israel’s growing willingness to acknowledge specific attacks on the country after years of ambiguity.

“We have started striking Iranian Quds targets in Syrian territory,” the military said in a statement, referring to the branch of Iran’s Islamic Revolutionary Guards Corps that is responsible for foreign operations, The Associated Press reported. “We warn the Syrian Armed Forces against attempting to harm Israeli forces or territory.”

The attacks near Damascus, Syria’s capital, which came within hours of Israel intercepting an incoming missile over the Golan Heights, occurred a week after Prime Minister Benjamin Netanyahu of Israel acknowledged that Israeli forces had just attacked Iranian weapons warehouses in Syria.

Israeli officials have previously acknowledged carrying out hundreds of strikes against weapons convoys and Iranian targets in Syria. But Mr. Netanyahu’s comments last week were a milestone because Israeli officials normally refuse to confirm responsibility for specific attacks immediately after they take place to avoid pushing the other side into having to retaliate.

The Syrian military confirmed Israel’s attacks on Monday, but said that Syrian air defenses had destroyed most of the Israeli missiles before they hit their targets, The Associated Press reported. The Syrian state news media reported separately on Sunday that Israeli missile strikes took place near the international airport south of Damascus.

The Britain-based Syrian Observatory for Human Rights said in a Twitter post on Monday that Israeli missiles had “caused substantial material damage” in Syria and destroyed weapons depots and military posts belonging to Iran and the Lebanese militant group Hezbollah.

In commenting publicly on its strikes in Syria, Israel may be trying to convey confidence that it had controlled the threats from across its northern frontiers, and perhaps also that it would not be deterred from acting in Syria despite Russia having supplied the Syrian military with the a sophisticated S-300 ground-to-air missile system.

Relations between Israel and Russia frayed after a Russian military plane was shot down over Syria in September, killing 15 Russian service members. The plane was accidentally shot down by Syria in response to an Israeli airstrike, and Russian officials blamed Israel.