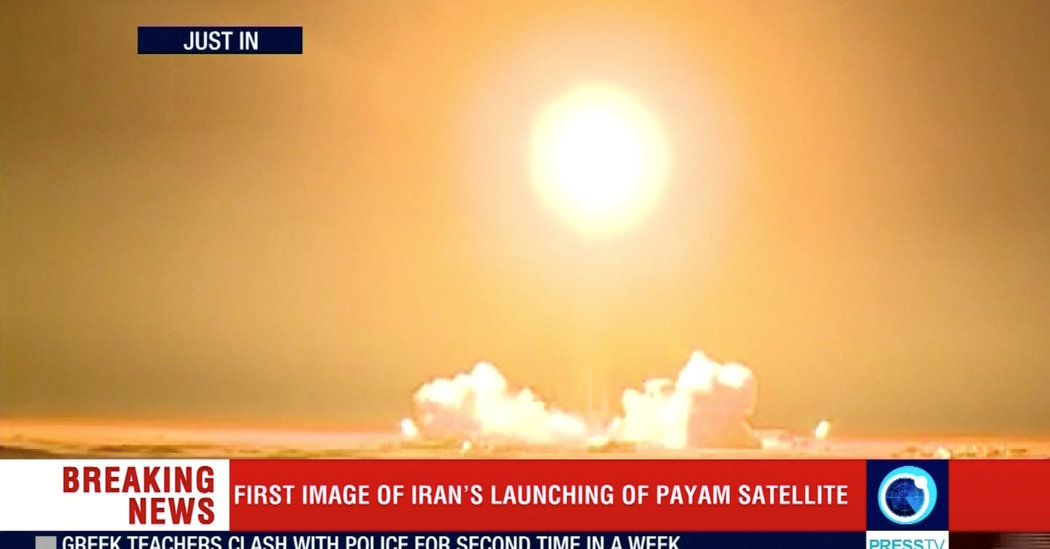 TEHRAN — Iranian officials said on Tuesday that a satellite launch that had been condemned by the Trump administration failed when the carrier rocket could not reach orbit.

“I would have liked to make you happy with some good news, but sometimes life does not go as expected,” Iran’s minister of telecommunications, Mohammad Javad Azari Jahromi, said in a Twitter post.

He said the rocket, a Safir, long used for satellite launches, had failed in the final stage, falling short of placing its payload into the correct orbit. He did not offer any explanation.

The United States, Israel and some European countries have criticized Iranian missile tests in the past, saying the launches pose a threat to the region. One of the reasons President Trump gave for withdrawing from the 2015 nuclear deal was its failure to address the threat of Iran’s ballistic missiles.

In January, Secretary of State Mike Pompeo warned Iran against launching spacecraft, describing the exercises as a pretext for testing missile technology that Tehran could one day use to carry a warhead to the United States or other nations. His statement appeared aimed at building a legal case for diplomatic, military or covert action against the Iranian missile program.

Mr. Pompeo’s words were something of a surprise, in that Iran has conducted modest space missions, mostly to deploy satellites, since 2005. A senior American official told The New York Times recently that the Pentagon and intelligence agencies disagreed with Mr. Pompeo’s interpretation of the threat posed by the satellite launches.

Iran says it needs rockets for its space program and missiles for self-defense, and that it has every right to conduct missile tests.

“Since we have no intentions to secretly or openly produce nuclear weapons, we believe we have the right to manufacture and develop satellites and rockets and missiles to launch them into orbit,” said Hamidreza Taraghi, a hard-line politician. “Other countries do not give us the satellites we need, nor do they launch them for us, so we have to do it ourselves.”

It is unclear when Iran will try to launch the second satellite.