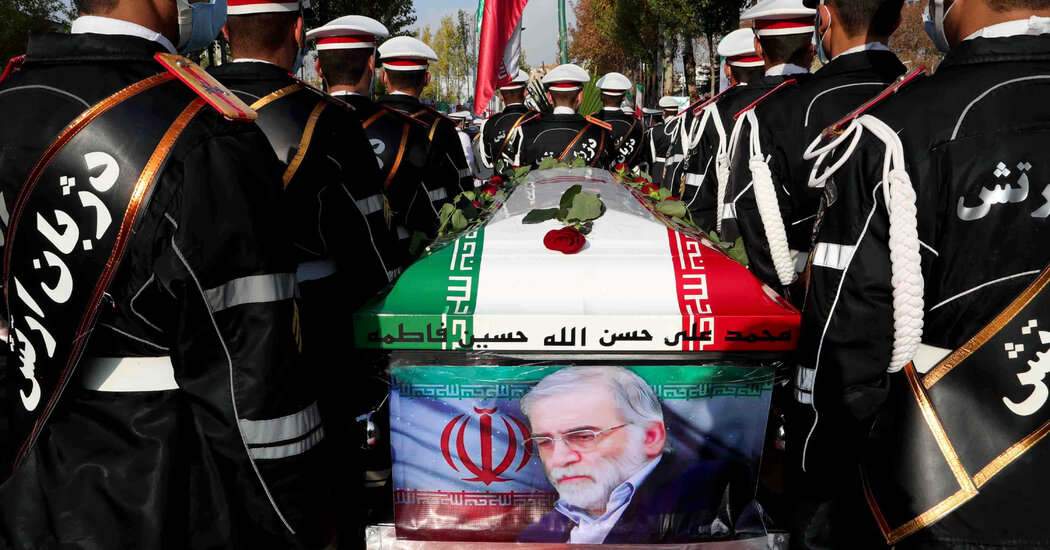 The Iranian authorities have detained a number of people accused of involvement in the assassination of the country’s top nuclear scientist last month near Tehran, a parliamentary adviser told an Iranian state-run broadcaster on Wednesday.

The adviser, Hossein Amir Abdollahian, did not say how many people had been arrested in connection with the death of the scientist, Mohsen Fakhrizadeh, and revealed nothing about their identities, according to the news outlet, Al Alam.

“Those involved in this assassination, some of whom have been identified by the security services, and even arrested, cannot flee from justice,” said Mr. Abdollahian, a former deputy foreign minister who now serves as an aide to the president of Parliament, according to a transcript of the interview. He added that the authorities would “respond to them firmly and make them regret their actions.”

Iran’s judiciary and security forces have not said arrests had been made related to Mr. Fakhrizadeh’s assassination. Rear Adm. Ali Fadavi, deputy commander in chief of the Islamic Revolutionary Guards Corps, said on Tuesday that there had been some progress in the investigation but did not mention arrests.

American and Israeli officials say Mr. Fakhrizadeh was considered the driving force behind what they have described as Iran’s secretive nuclear weapons program. The brazen assassination shocked Tehran, which has repeatedly said its nuclear ambitions are peaceful.

The scientist was ambushed on a country road, though conflicting accounts of how the assassination was carried out have exposed the tensions between competing factions of the Iranian government, as each tried to shift blame.

Shortly after the killing, at least three officials said that Israel was behind the attack, and since then, Israeli officials have all but publicly acknowledged responsibility.

It remained unclear how much the United States might have known about the operation in advance, but the two allies have long shared intelligence regarding Iran, specifically around its nuclear program.

Mr. Abdollahian said that the Iranian authorities believed the Israelis had help coordinating the killing of Mr. Fakhrizadeh, adding “there is no doubt” that there was also American involvement.