Investors are hiding out in cash: Assets in money market funds surge past $3 trillion

Assets in money market mutual funds have swollen to $3.066 trillion, their highest level since March 2010, driven by retail investors. The money fund assets had spent much of the last decade in the $2 trillion range but tracked above $3 trillion again in mid-December, coinciding with a late-2018 market downturn that resulted in the S&P 500 posting a 6.2 percent drop for the year, it’s worst showing in a decade. 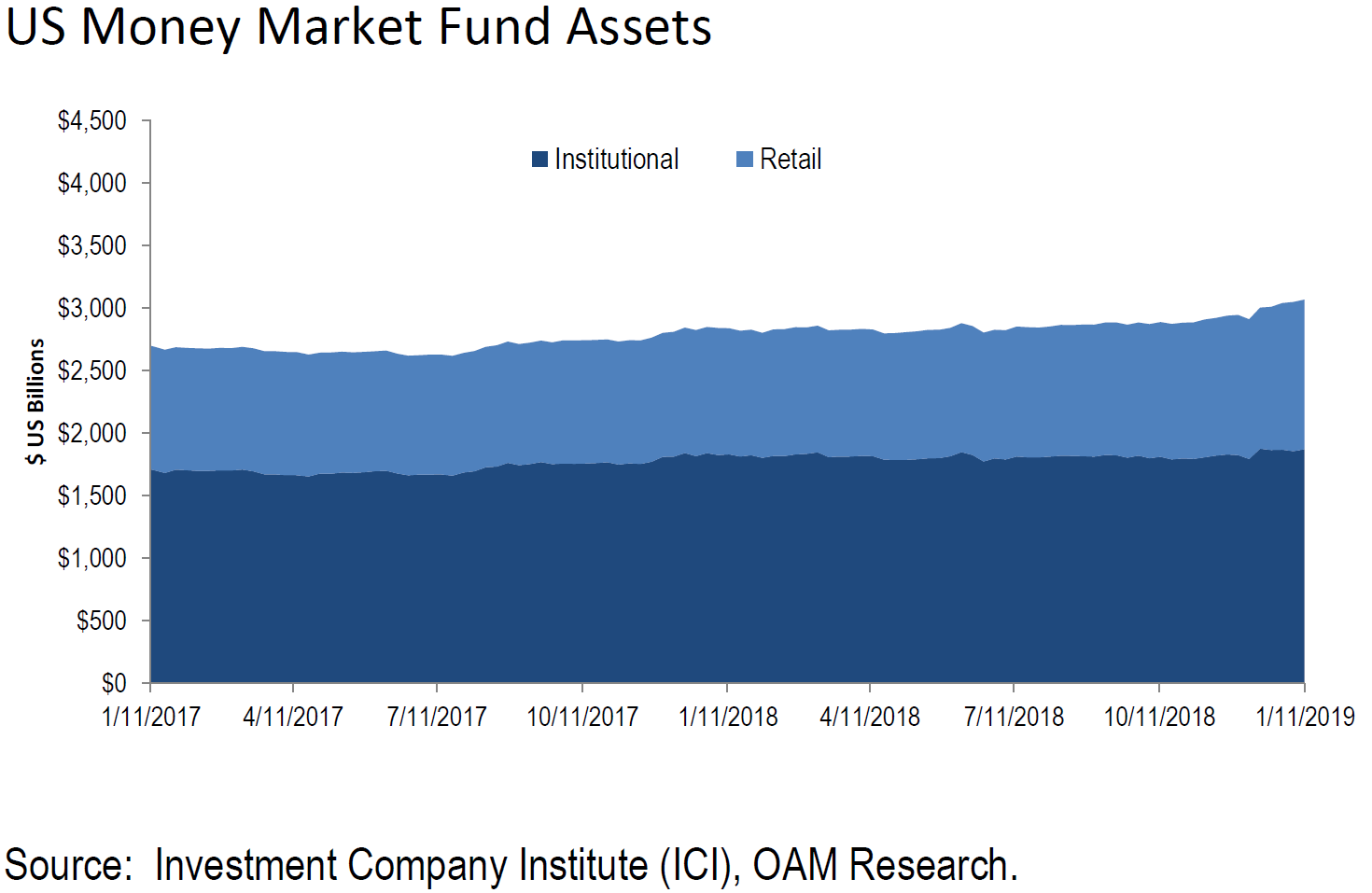 Mom and pop investors “blinked,” said John Stoltzfus, the chief investment strategist at Oppenheimer who pointed to the trend in a note on Monday.

Sean Collins, the chief economist at Investment Company Institute, which tracks the data, said the move could reflect a combination of factors: Investors are wary about the stock market volatility, but higher short-term interest rates are also making money market funds more attractive for those who want a short-term asset. Money market funds have long been considered as safe as cash savings accounts at banks.

But Stoltzfus said the money flows more likely reflect the whim of skittish investors reacting to the markets on their own. Nearly three-quarters of the $183 billion that has flowed into money market funds since the end of the third quarter last year was to retail funds, not institutional, according to ICI data.

Though some of the worries that sent the market into a roller coaster ride last year have abated, Stoltzfus said, “It’s clear to us (and to many investors we’d think) that we’re not out of the woods yet in what we expect will be a do-over or work-out year as political, geopolitical, economic and corporate matters play out in the months ahead.”

Since reaching a low on Dec. 24, the S&P 500 has snapped back 10.4 percent through Friday, led by stocks in the energy sector as well as consumer discretionary and industrial stocks. Energy was the worst-performing sector of the last three months of last year.

But the market recovery hasn’t been enough to convince skittish investors to come back. Withdrawals from ETFs, a popular investment with many retail investors, are up to $7 billion this year, according to data from Jefferies. Last week, ETFs tracking small company stocks had outflows of more than $1 billion and tech-focused ETFs had outflows of $767 million.

The amount of money flowing out of the widely followed Invesco QQQ tech ETF reached $1.6 billion this month through last Friday, according to ETF.com. That’s about 2.5 percent of its assets.

Stoltzfus notes that investors have a poor sense of timing when it comes to stocks. Investors pulled more than 27 percent out of stocks in 2009, a year when the market bottomed out amid the financial crisis and then rallied to end up 23.4 percent. In 2010, investors pulled 15.6 percent out, and the S&P ended the year up 12.8 percent.

In the last 20 years, the S&P 500’s average gain has been 6 percent even as investors pulled an average of 15.8 percent.