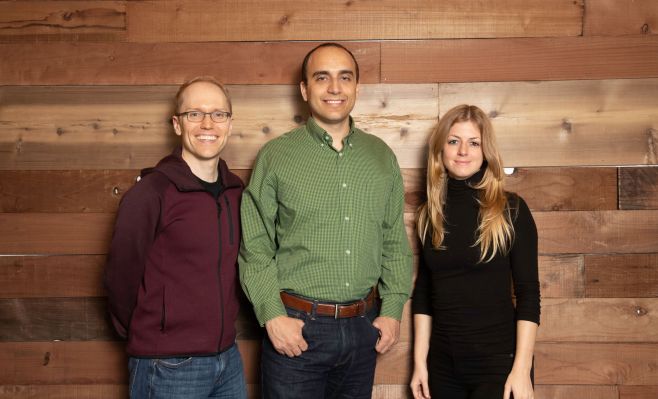 Pilot helps startups and small businesses manage their back office. Chief executive officer Daher admits it may seem a little boring, but the market opportunity is undeniably huge. To tackle the market, Pilot is today announcing a $40 million Series B led by Index Ventures with participation from Stripe, the online payment processing system.

The round values Pilot, which has raised about $60 million to date, at $355 million.

“It’s a massive industry that has sucked in the past,” Daher told TechCrunch. “People want a really high-quality solution to the bookkeeping problem. The market really wants this to exist and we’ve assembled a world-class team that’s capable of knocking this out of the park.”

San Francisco-based Pilot launched in 2017, more than a decade after the three founders met in MIT’s student computing group. It’s not surprising they’ve garnered attention from venture capitalists, given that their first two companies resulted in notable acquisitions.

Pilot has taken on a massively overlooked but strategic segment — bookkeeping,” Index’s Mark Goldberg told TechCrunch via email. “While dry on the surface, the opportunity is enormous given that an estimated $60 billion is spent on bookkeeping and accounting in the U.S. alone. It’s a service industry that can finally be automated with technology and this is the perfect team to take this on — third-time founders with a perfect combo of financial acumen and engineering.”

The trio of founders’ first project, Linux upgrade software called Ksplice, sold to Oracle in 2011. Their next business, Zulip, exited to Dropbox before it even had the chance to publicly launch.

It was actually upon building Ksplice that Daher and team realized their dire need for tech-enabled bookkeeping solutions.

“We built something internally like this as a byproduct of just running [Ksplice],” Daher explained. “When Oracle was acquiring our company, we met with their finance people and we described this system to them and they were blown away.”

It took a few years for the team to refocus their efforts on streamlining back-office processes for startups, opting to build business chat software in Zulip first.

Pilot’s software integrates with other financial services products to bring the bookkeeping process into the 21st century. Its platform, for example, works seamlessly on top of QuickBooks so customers aren’t wasting precious time updating and managing the accounting application.

“It’s better than the slow, painful process of doing it yourself and it’s better than hiring a third-party bookkeeper,” Daher said. “If you care at all about having the work be high-quality, you have to have software do it. People aren’t good at these mechanical, repetitive, formula-driven tasks.”

Currently, Pilot handles bookkeeping for more than $100 million per month in financial transactions but hopes to use the infusion of venture funding to accelerate customer adoption. The company also plans to launch a tax prep offering that they say will make the tax prep experience “easy and seamless.”

“It’s our first foray into Pilot’s larger mission, which is taking care of running your companies entire back office so you can focus on your business,” Daher said.

As for whether the team will sell to another big acquirer, it’s unlikely.

“The opportunity for Pilot is so large and so substantive, I think it would be a mistake for this to be anything other than a large and enduring public company,” Daher said. “This is the company that we’re going to do this with.”