In Russia, Political Criticism Is a 4-Letter Word (and a $470 Fine) 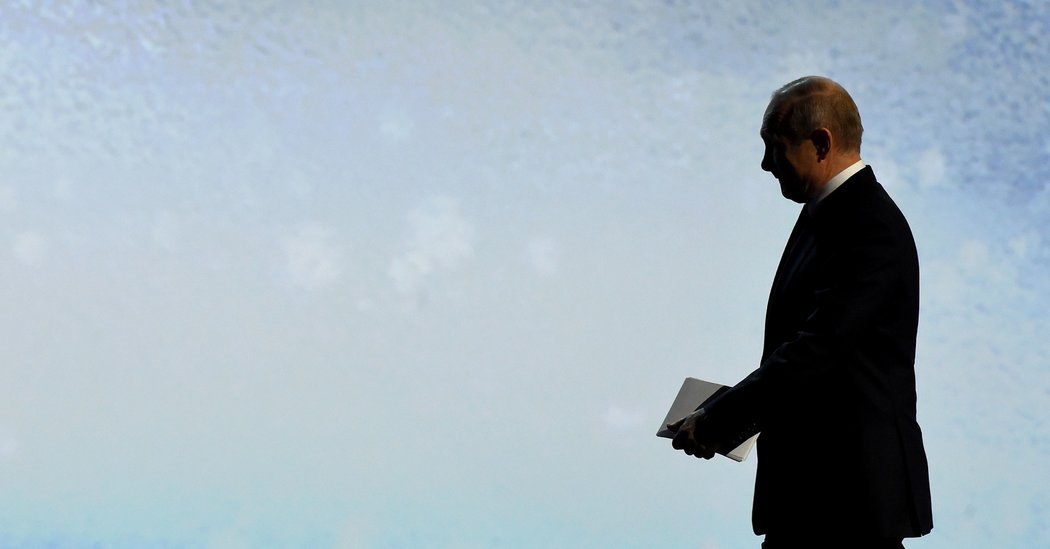 MOSCOW — Be careful what you write online in Russia: A judge might not wash your mouth out with soap, but a fine is now a possibility.

A Russian court this week for the first time applied a law forbidding the use of obscenities to describe public officials, state symbols or government bodies. It fined an unemployed carpenter in a small town, apparently singled out at random from the sea of foul language users on the Russian internet, for calling President Vladimir V. Putin a vulgar form of the Russian word for dimwit.

Though this law might seem ineffective, given the scale of vulgar language used in a political context on social media in Russia, as elsewhere, it reflects a serious effort by Russia and other authoritarian states to find ways to censor crowdsourced news and commentary in the digital era, when the Soviet practice of putting a censor in a newspaper’s newsroom can no longer suffice.

Some old methods persist, like the wall-to-wall praise broadcast on state media for Mr. Putin. But Russia, unlike China, has mostly allowed free access to Western and Russian social networking sites, offering a space for political discourse, sometimes expressed in foul language.

In its effort to create controls, the Russian government has created a series of often ill-defined laws that threatened fines or even jail time for broad categories of banned content. Previous laws prohibited posts advocating suicide, trying to sell drugs or expressing loosely defined “extremism.”

Most users are never affected. But the authorities have thrown the book at a few, seemingly randomly chosen individuals in far-flung provincial cities whose cases are widely publicized.

The effect, rights groups say, has been self-censorship, as users become aware that they are being watched and can be punished for online speech, including reposts.

The latest law, banning “obscene or demeaning” descriptions of state officials, took effect in March. A court in the Novgorod region in northwestern Russia published the first known ruling applying the law on Tuesday.

Yuri D. Kartyzhev, the unemployed man, had posted on Vkontakte, a Russian social site similar to Facebook, that Mr. Putin was a dimwit, using a vulgarity. The court fined Mr. Kartyzhev $470.

Mr. Kartyzhev, in a telephone interview, was unrepentant. He said he used the epithet because he could think of no other word to express his opinion so clearly.

“What can I do? This is what I call him,” he said of Mr. Putin, unspooling more obscenities to describe the current state of Russia’s economy and politics, and his view of the law that cost him a hefty fine, by local standards.

“He tricked the Russian people. He is obliged to observe the laws and respect us, but the factories are closed, the cows are dead and so why should I be gracious?” he said.

Lawyers for a human rights group, Agora, had represented Mr. Kartyzhev. One of his defenses was that he had used dots instead of letters in a portion of his post, though the offending word could be easily inferred.

But in its ruling, the regional court said calling Mr. Putin the obscenity “offends human dignity and social mores and expresses clear disrespect to society and state organs representing government power in the Russian Federation.”

The law, said Svetlana Gannushkina, the director of Civil Support, another rights group, only underscored the thin-skinned nature of authoritarian governments. “These are people who put themselves in the public space and exposed themselves to criticism,” by becoming public officials, she said. “Why do we need this law?”

She added: “It’s the 21st century. You can make people fear you for a time, but not for long.”

Indeed, soon enough a Twitter hashtag appeared using the vulgar Russian word for dimwit, and it proliferated in posts throughout the day.