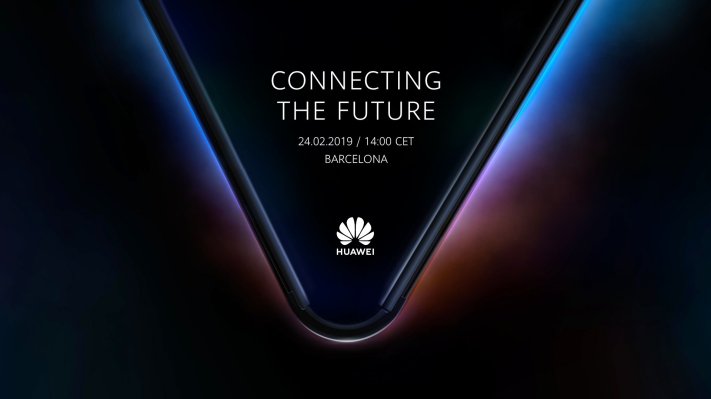 Huawei mobile chief Richard Yu has already made mention of the company’s upcoming foldable phone amid talks of smartphone world domination. This morning, however, we caught our first glimpse of the handset in profile, along with the promise of more, arriving February 24, during Mobile World Congress in Barcelona.

Foldables are very much heating up to be the highlight of the 2019 smartphone race. Royole’s already shipping a handset to devs, and Samsung is set to give us a lot more info at an Unpacked event a mere days before MWC kicks off.

Xiaomi’s offering is merely a concept, but it’s the coolest of the bunch; and then there’s the return of the Motorola Razr, which seems, if nothing else, a solid play for smartphone nostalgia. Google, too, has been working hard at building in support for what’s sure to be a broad range of different foldable form factors, as hardware companies fumble to find the best design.

Also notable on the teaser is the Connecting the Future text, which appears to be a reference to the phone’s inclusion of 5G, which would really put the handset smack dab in the middle of the mobile zeitgeist. It would also likely further drive up an already pricey design.