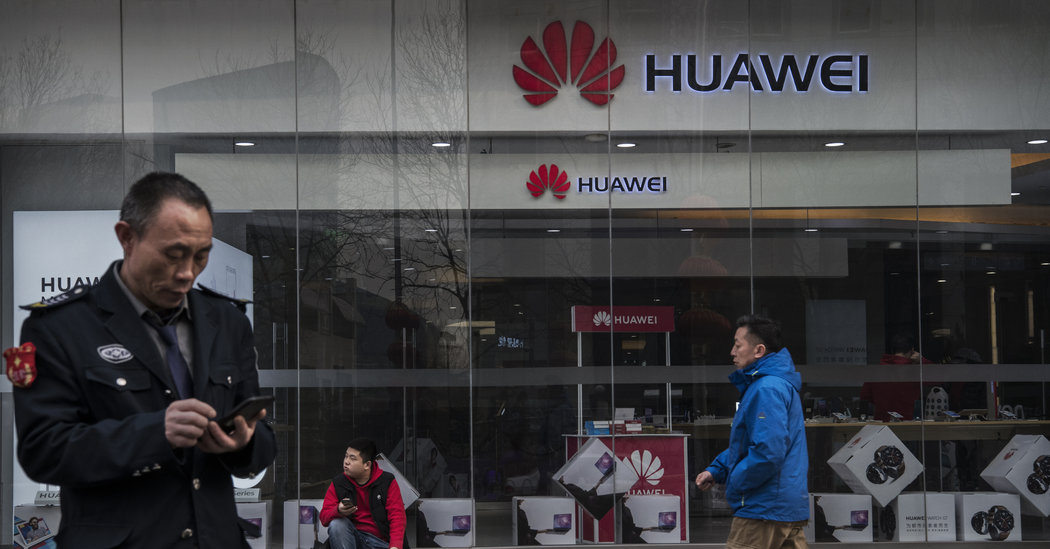 PRAGUE — In an attempt to push back against attempts to limit its reach in Europe, the Chinese technology giant Huawei threatened legal action against the Czech Republic if its cybersecurity agency did not rescind its warning about the risk the company poses to the nation’s critical infrastructure.

As nations across Europe take the first steps to reconfigure the systems that control the internet, Huawei’s threat was the latest salvo in the escalating war over who will control the hardware that will underpin the new 5G, or fifth-generation, networks.

For more than a year, the United States has been engaged in a global campaign aimed at limiting the reach of Chinese telecommunication firms, contending that they pose a threat to security.

While American officials have not offered specific details to support their concerns, they have pointed to China’s National Intelligence Law, passed in 2017. They say the law requires Chinese companies to support, provide assistance to and cooperate in Beijing’s national intelligence work, wherever they operate.

That law was one of the factors that led the Czech cybersecurity agency, Nukib, to issue a formal warning in December about the risk posed by Huawei and another Chinese technology firm, ZTE.

The warning, which carries the force of law, requires all companies in the Czech Republic that are deemed critical to the nation’s health to perform a risk analysis that takes security concerns into account.

It has already led several large companies and government ministries to distance themselves from Huawei, including barring the company from bidding on new projects.

On Friday, the Czech newspaper Dennik N published excerpts from a letter from Huawei to the head of the Czech cyber agency, Dusan Navratil, and Prime Minister Andrej Babis threatening legal action.

“Huawei cannot represent a cybersecurity threat as stated in the warning,” the letter said. “Huawei, according to the Chinese law, does not have any obligation to install backdoor or spyware into their products, and the company would never agree to such a request.”

Radoslaw Kedzia, Huawei’s chief representative in the Czech Republic, wrote that the cyber agency had failed to provide any specific evidence of wrongdoing and failed to explain its analysis of the Chinese law.

“As consequence of the warning, Huawei has already suffered losses and faces many difficulties,” he wrote in the letter, dated Feb. 1. “For example, it was excluded from public procurement, even those that do not concern critical infrastructure.”

“Retail activities have been harmed and the brand damaged,” according to the letter. The company called on Czech officials to rescind the warning, adding that if they did not receive a reply by Feb. 14, they would take the matter to court.

Officials at the cybersecurity agency acknowledged receipt of the letter, a copy of which was obtained by The New York Times, but declined to comment.

The pushback by Huawei was part of a broader campaign by the company to defend itself across the continent.

Huawei sent a letter to the British Parliament this week defending its track record and claiming that any malicious activity on its part would “destroy its business.”

The embattled company, which was founded by a former engineer in China’s People’s Liberation Army, claimed that the attacks against it were unfounded.

“The governments in some countries have labeled Huawei as a security threat, but they have never substantiated these allegations with solid evidence,” Ryan Ding, the president of Huawei’s carrier business, wrote in the letter to the British lawmakers.

The United States, Australia and New Zealand have already barred the company from participating in the building of the new 5G networks.

In the coming months, countries across Europe are expected to begin to put in place infrastructure that would allow for the superfast, widely connected networks.

Which companies will lead that effort remains an open question. But as Huawei’s threat of legal action demonstrates, the Chinese firm has no intention of ceding the lucrative market.