Huawei Said to Be Under U.S. Investigation in Trade-Secrets Case 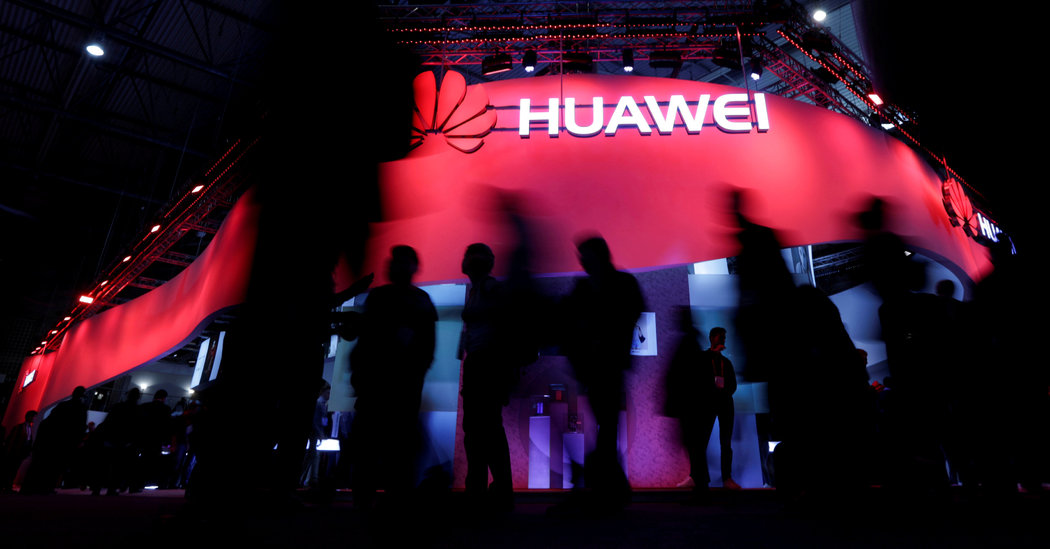 WASHINGTON — Federal prosecutors in Seattle are investigating Huawei, the Chinese technology giant, on allegations of intellectual property theft, according to two people familiar with the case.

The criminal investigation is related to a civil suit between Huawei, one of the world’s largest telecommunications equipment and smartphone makers, and the telecom provider T-Mobile, according to the two people, who requested anonymity because they were discussing an active investigation.

In that civil case, filed in 2014, Huawei was accused of stealing intellectual property related to a robot that T-Mobile used to diagnose quality control issues in mobile phones. A jury found Huawei guilty in May 2017.

The criminal inquiry is looking at some of the same issues as the civil case, according to one of the people with knowledge of the investigation.

A Huawei spokesman declined to comment Wednesday evening, as did a spokesman for T-Mobile. The investigation was first reported by The Wall Street Journal.

The inquiry in Seattle is unrelated to the federal government’s efforts to extradite Meng Wanzhou, Huawei’s chief financial officer, who was arrested in Canada at the request of the United States in early December.

Federal prosecutors believe Ms. Meng, a daughter of Huawei’s founder, misled banks about Huawei’s business in Iran, causing them to violate American sanctions on Iran inadvertently. She has been living under surveillance in Canada while the authorities decide whether she will be extradited to the United States.

Separately, Huawei last week fired an employee who was arrested in Poland and charged with spying for the Chinese government. The employee, Wang Weijing, had worked at the Chinese Consulate in Gdansk, Poland, before joining Huawei in its public relations and sales departments. The company fired him a day after his arrest was announced and said his actions were unrelated to the company.

Taken together, the cases underscore the United States intelligence community’s primary fears about China and its largest companies. Law enforcement officials have long said that Chinese companies and state-sponsored entities steal trade secrets to bolster China’s economy and corporations and that companies close to Beijing will break laws to advance the government’s political goals.

The charges in Seattle had hung over Huawei for much of last year, as various other crises were unfolding for the company. The charges were due to pass the statute of limitations last year, but the case was extended.

In plea negotiations last year, Huawei faced the prospect of pleading guilty to a criminal charge of theft of a trade secret and agreeing to some sort of compliance plan, according to one of the people who spoke on the condition of anonymity.

If the case is resolved with a plea agreement, Huawei will most likely plead guilty to a criminal charge of theft of a trade secret and have to agree to some sort of compliance plan, the person said.

Huawei is a banner for immense national pride in China. But the United States has long eyed the company with suspicion. Large American cellular carriers have shunned Huawei’s gear for many years.

Pressure on the company has risen sharply over the last year. The authorities in Britain, the Czech Republic, Canada and elsewhere have taken a more critical look at Huawei as mobile carriers prepare to upgrade the technology in their networks. Australia has already barred the company from providing equipment to support its fifth-generation, or 5G, wireless networks.

Huawei executives have longed denied that the company acts on behalf of any government. But American counterintelligence agents and federal prosecutors have for some time explored possible cases against the company’s leadership.

The T-Mobile lawsuit was not the first time Huawei had been accused of stealing intellectual property. In 2003, the company admitted it had stolen portions of the software that runs computer networking equipment from Cisco Systems, one of the largest tech companies in Silicon Valley.

Cisco dropped a patent infringement lawsuit in exchange for a promise from Huawei to modify some of its products.