How Alibaba and JD.com compare in their healthcare endeavors 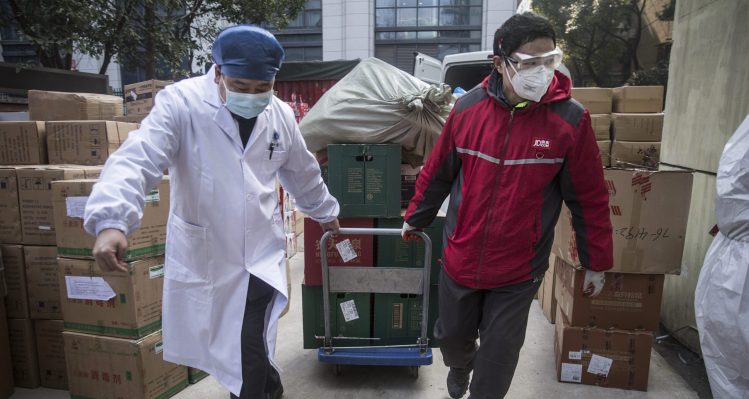 China’s tech circle is shifting its attention to online healthcare this week as JD Health is set to go public in one of Hong Kong’s largest IPOs this year.

Like Amazon, China’s e-commerce firms Alibaba and JD.com have been working to conquer the massive healthcare industry. The offerings are wide-ranging, reaching everything from around-the-clock delivery of medicines, sale of consumer health services like plastic surgery, online diagnosis for patients, to digital solutions for hospitals (like appointment-booking) and advertising services for drugmakers.

Alibaba Health began as an investment portfolio of the e-commerce firm and grew into a subsidiary through episodes of consolidations over the years. JD Health, on the other hand, was spun out from JD.com in 2019 and quickly began to attract flows of large investments.

The move into healthcare is part of the behemoths’ goal to be a one-stop-shop for everything. Here are some numbers for gauging how the digital health giants compare with each other:

In terms of revenue sources, both companies rely mostly on the sales of medicines (both over-the-counter and prescription) and other healthcare products like vitamin supplements. Both have a direct-to-consumer drug business, whereby they are more involved in the supply chains, but they also serve as a marketplace for third-party suppliers, in which case they monetize by charging commission fees. They each have a smaller but growing services segment targeting consumers, hospitals and pharmaceutical companies.

Alibaba Health posted its first profitable earnings this year, pocketing 278.6 million yuan in the six months ended September, up from a loss of 7.6 million yuan from the same period last year.

In the six months ended June, JD Health incurred a loss of 5.4 billion yuan, compared to a profit of 236.3 million yuan in the same period of 2019. The loss was mainly due to fair value changes after issuing additional convertible preferred shares.

In comparison, 72.5 million people had at least made one purchase through JD Health’s platform in the past year.

Both companies provide online health consultation services, which saw a surge in demand during the COVID-19 outbreak. Alibaba Health had a network of over 39,000 doctors by September, compared to JD Health’s pool of over 65,000 doctors, both in-house and third-party.